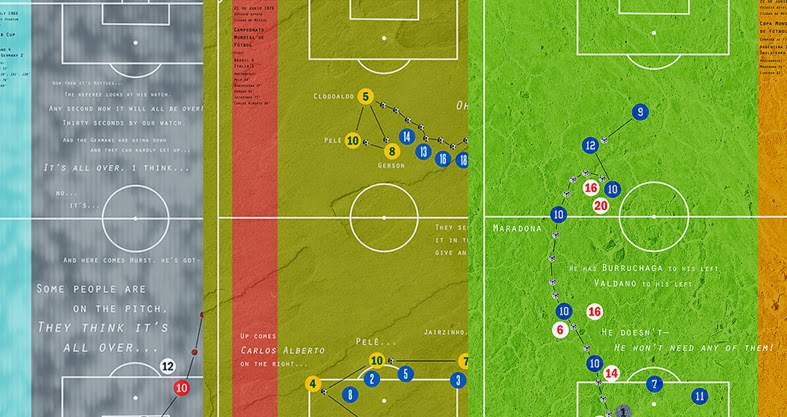 James Taylor is a digital graphic artists from New York City, USA. This project he calls "GOOOOOOOOOOOOL!!!" showcases some very popular football goals throughout the years via diagrams which include quotes of the goals' commentary as well. You can check out James' website pennarellodesign.com and follow him on twitter @PennarelloNYC 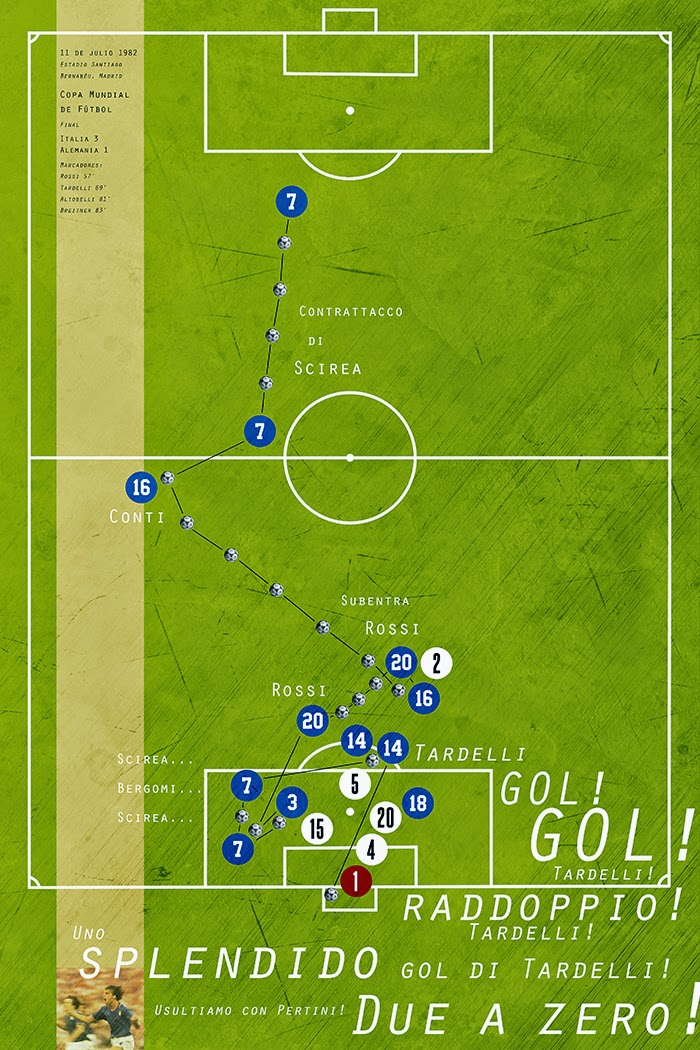 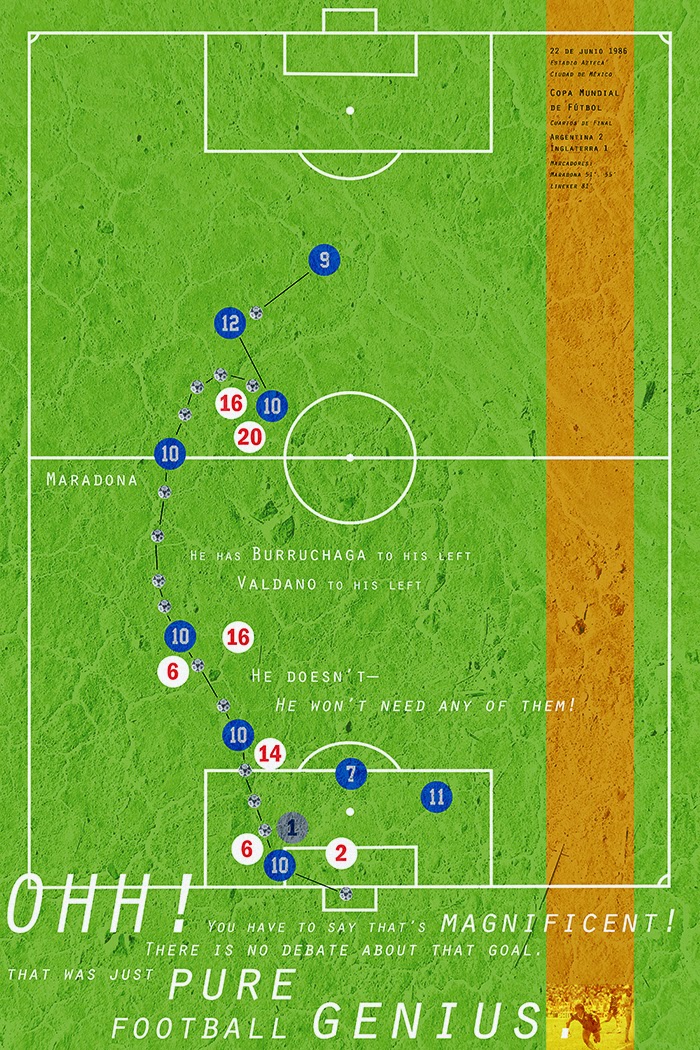 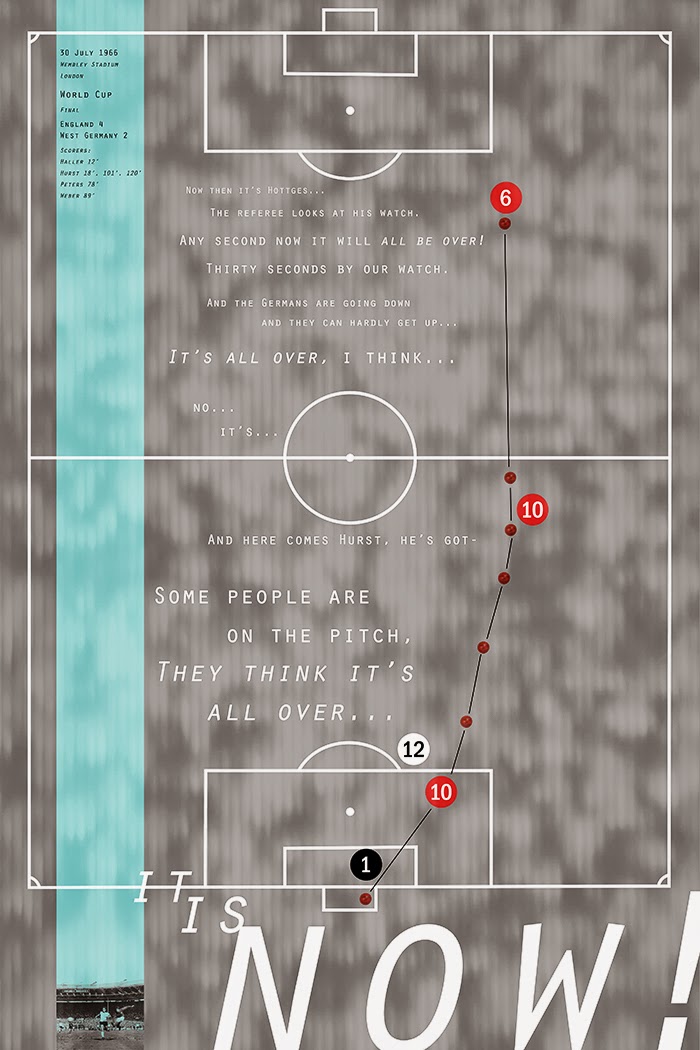 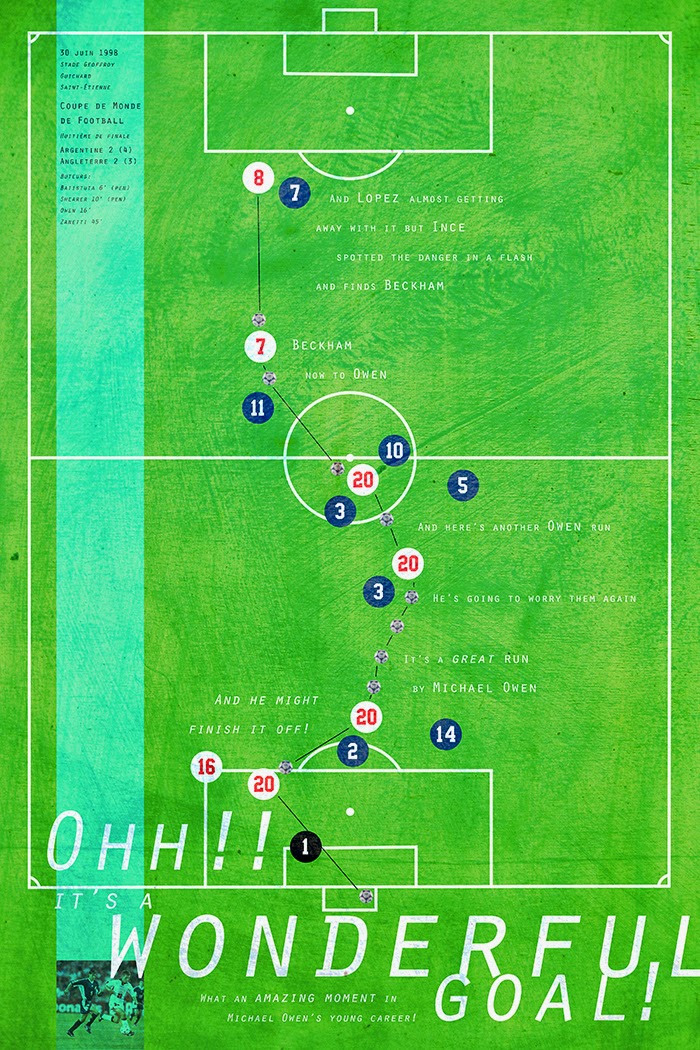 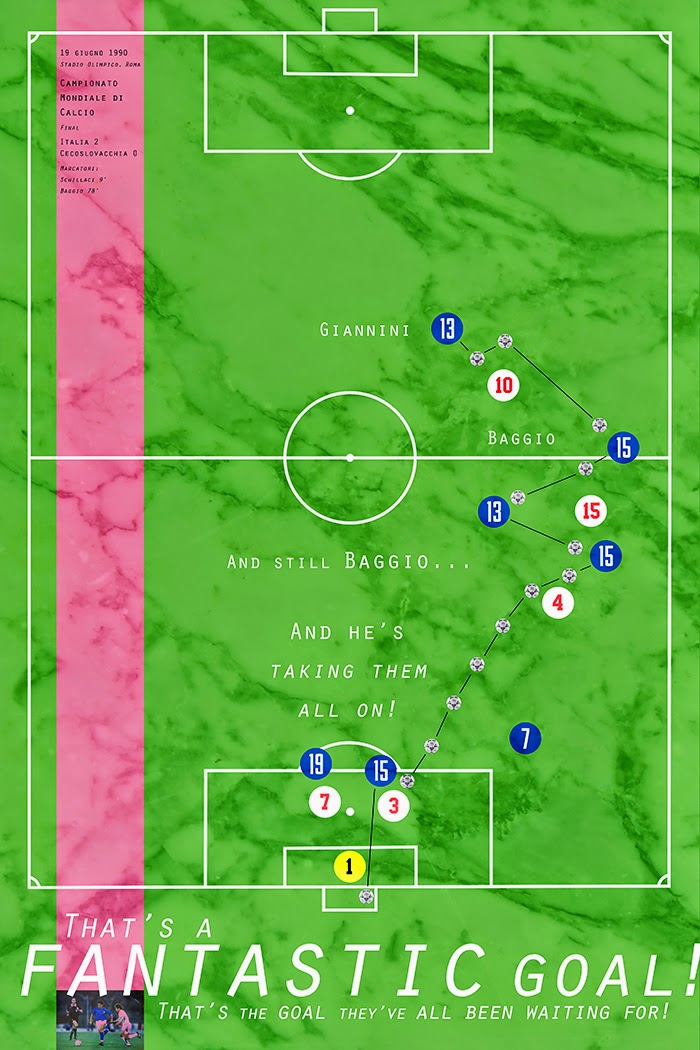 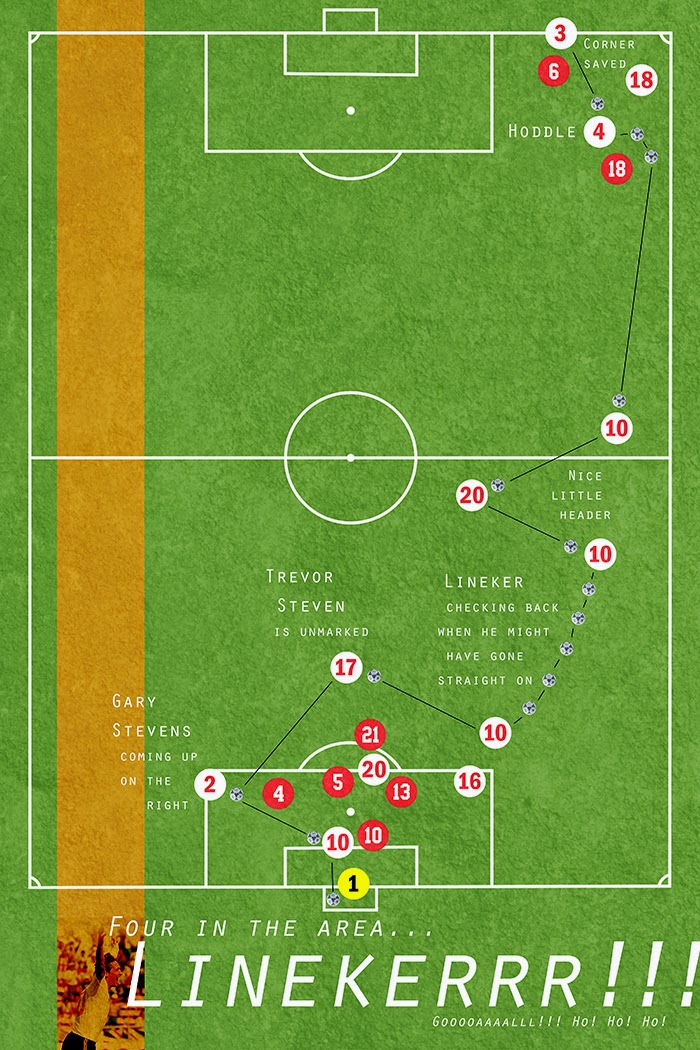 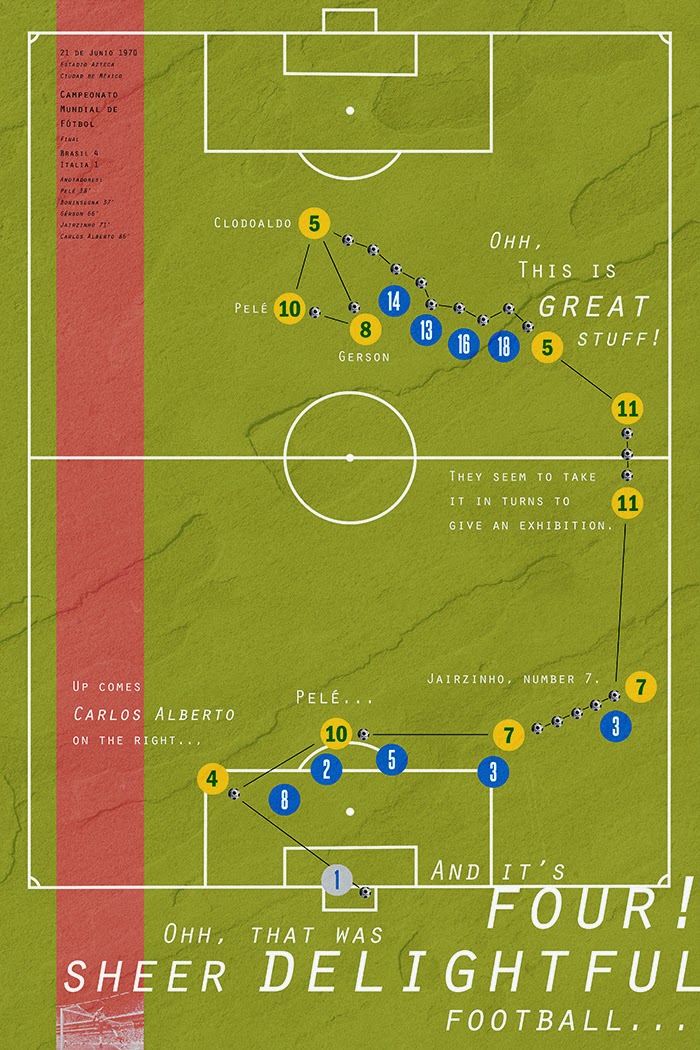