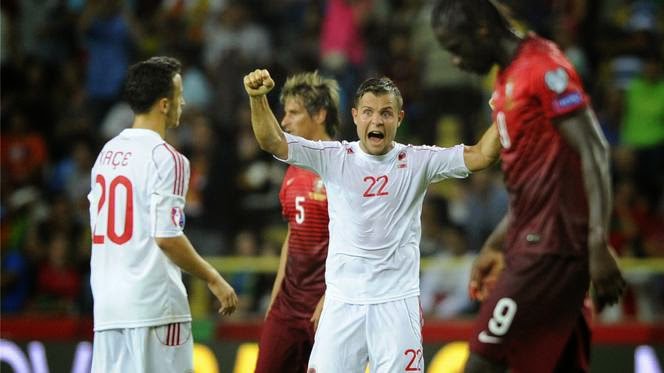 Not many domestic club matches to report about this weekend. But with plenty of international friendly and competitive matches, together with one very intriguing fixture in Major League Soccer, we give you the best 5 matches of the weekend.

A Terrible start for the Portuguese in their qualifying campaign for the 2016 Euros in France as very much against the run of play, they lose to heavy underdogs Albania on home soil.

Exchanging lead three times was the story of this match as home team Houston Dynamo eventually had to complete a comeback from 2-1 behind, to eventually win this MLS meeting with Canadian side Montreal.

Denmark had a bit of a scare in their first match of the 2016 Euro qualifying campaign as they watched underdogs Armenia take the 1-0 lead early in the second half. The Danes had to rely on two late goals to snatch the win away from the visitors.

Ireland left it very late to secure an all important away win in Georgia. Everton midfielder Aiden McGeady saw his go-ahead goal earased by an incredible strike from Georgian midfielder Tornike Okriashvili, but McGeady would have the last laugh with his own beauty on the 90th minute.

The best football of the weekend was perhaps displayed in this friendly between France and Spain. In a match of high-pace, many goal scoring chances and generally very beautiful footballing display, the French came out victorious thanks to a superb finish by substitute and new Chelsea FC member Loic Remy.