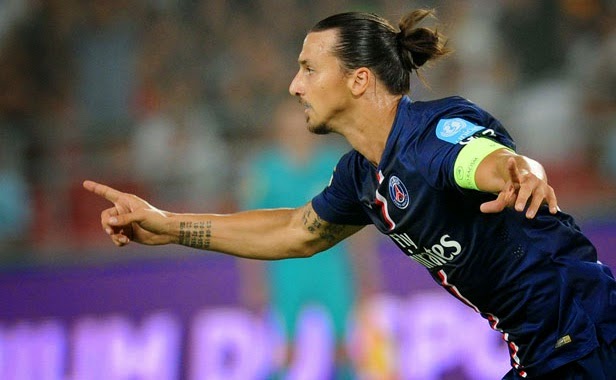 What a football weekend we leave behind. It was hard to chose the best five matches because we watched so much amazing football over the past three days, but for the sake of variety, here are five matches you didn't want to miss this past weekend from Argentina, France, England and Spain.

With Velez holding a perfect record after four matches played in this year's Apertura and Boca having recorded just three points in their first four games, the two met at Estadio Alberto J. Armando, home of Boca Juniors which is commonly referred to as La Bombonera. After going 1-0 down, the eventual 3-1 comeback win was so important for the hosts in this Buenos Aires derby, that the third goal scorer Andrés Chávez just couldn't hold his tears.

It's rare that we feature such a one-sided match on our list of Top 5 Matches, but there are a few reasons why this particular fixture made it. For one, Zlatan Ibrahimovic was back on the field after absence due to injury and not only did he impress, the 5-0 victory was largely due to his hat-trick. And of course there was also that crazy own-goal to give the capital club a 1-0 lead.

This match at St. James' park became exciting just 30 second from kick-off when Dwight Gayle gave the visiting Eagles the lead. After exchanging two goals each, the match seemed secured for the Magpies when Mike Williamson scored in the 88th minute to give the hosts a 3-2 lead. But with the referee adding 7 minutes to full-time and Wilfried Zaha back in his old team's uniform, the youngster was able to rescue a point for Crystal Palace well into stoppage-time.

Everything was going according to plan for Real Madrid in their pink uniforms against Real Sociedad when they went 2-0 up against the hosts within the first 10 minutes of the match, but the "Txuriurdin" would turn it all around for the shock 4-2 win against Ancelotti's men. Did we mention Real Madrid was wearing pink?

This match-up between the Blues and Toffees was no ordinary affair, as this was only the 19th time in Premier League's history that there were nine or more goals scored between the two clubs competing (The 6 Highest Scoring Matches in EPL History). Chelsea's new acquisition Diego Costa was on target yet again (twice) and after back and forth blows in the second half, the London club came out victorious with a 6-3 final, keeping their perfect record intact. This particular match will not only be remembers for its goal scoring, but perhaps for some of the questionable refereeing as well.