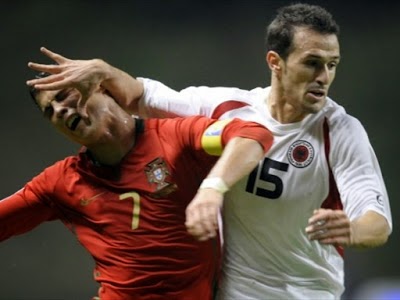 In any qualifying tournament there are always surprising results. But some are just so unusual that given 1000 to 1 odds, most football enthusiasts would not even risk a dollar to bet on the outcome that seems so unlikely and even bizarre.

Today was only the first day of qualifying for the 2016 edition of the European championships and the Portuguese national team has already shown the world that surprising results can, and do happen, perhaps even more often than expected. With that in mind we go back to the qualifying stages for the 2012 Euros co-hosted by Ukraine and Poland and take a look at 8 fixtures that shocked the world with their full-time score. Eight matches in which Portugal, possibly not so surprisingly were involved in twice,

Without any biased we look at the eight results in order of the match date. 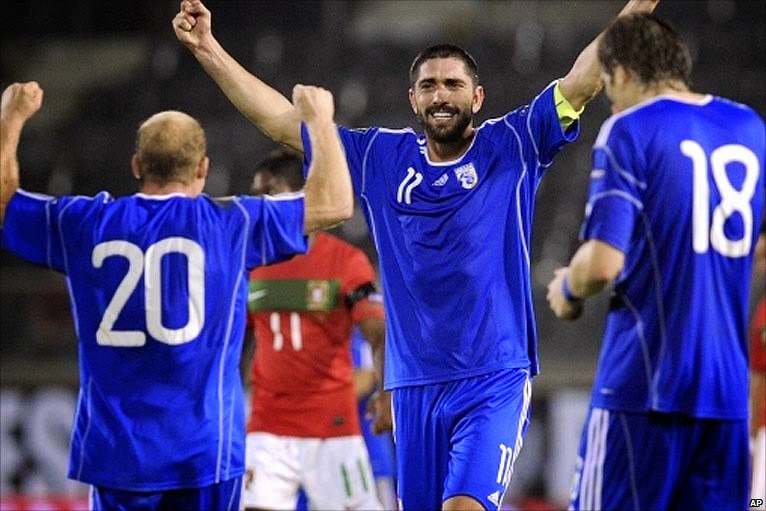 Just like the match today with Albania, Portugal opened their qualifying campaign for the 2012 Euros at home, against an obvious underdog in Cyprus. No one would have expected Cyprus to come close to a victory, let alone scoring four goals in Guimarães. Perhaps Portugal's home support was the reason for the home nation's poor performance as less than ten thousand spectators showed up to the home of Vitória de Guimarães stadium, Estádio D. Afonso Henriques. 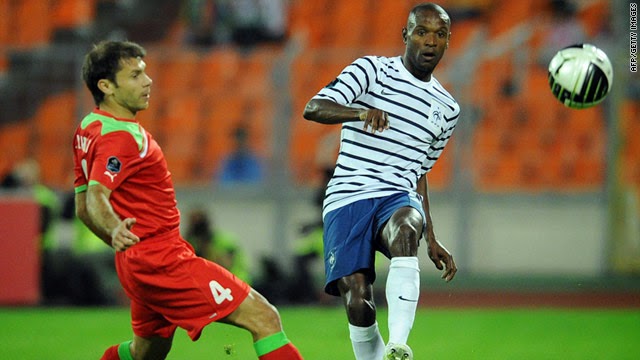 On the same day as the Portuguese were shocked by 4 away goals from Cyprus, the French suffered an unexpected loss to minnows Belarus in the Stade de France in front of over seventy thousand spectators, as a goal from midfielder Syarhey Kislyak in the 86th minute secured an unlikely victory for the former soviet nation. The loss did not faze the hosts as they would qualify in first place from their group. 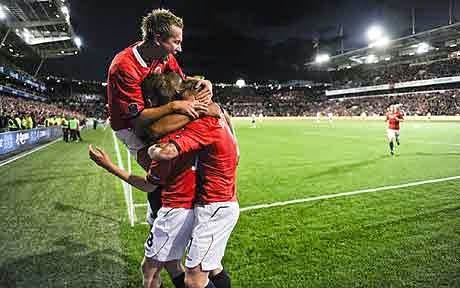 In their very next match after the shock 4-4 draw against the Cypriots on home ground the Portuguese made their own life much harder by losing to Norway at the Ullevaal Stadion in Oslo. Despite their miserable start, Portugal would secure a playoff spot, and after defeating Bosnia and Herzegovina over two legs they would qualify for the 2012 tournament. 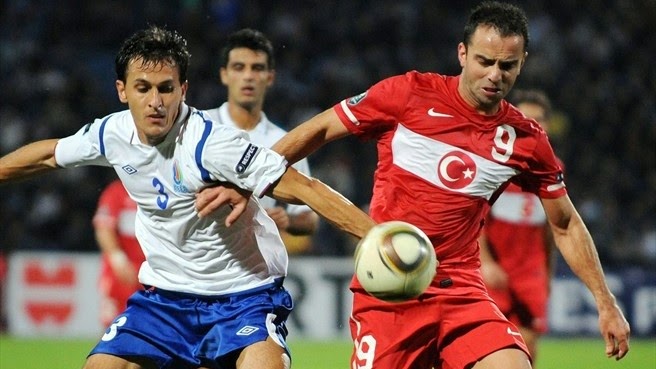 A 38 minute goal from Rashad Sadygov was enough for a surprise win for Azerbaijan over the Turks in this particular meeting. Although this particular match did not change the fate of the Turkish national team, they did have to play the Croats in a playoffs stage, and after losing on aggregate over two legs were eliminated and unable to participate in the 2012 Euros. 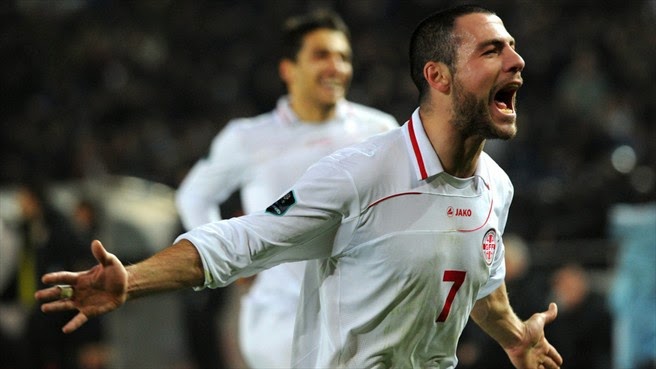 Georgia's only other victory on home soil in this qualifying group was against a Maltese team that finished the tournament with a total of one point, which they collected in Malta against none other than the Georgians themselves. But when faced with arguably the best team in their division, the Georgians picked up all 3 points thanks to a 90th minute goal from Hertha Berlin wingback Levan Kobiashvili. Had Croatia picked up the three points the way many thought they would, they would not have to go through the playoff round against Turkey to qualify for the 2012 Euros and would have finished in first place ahead of Greece. 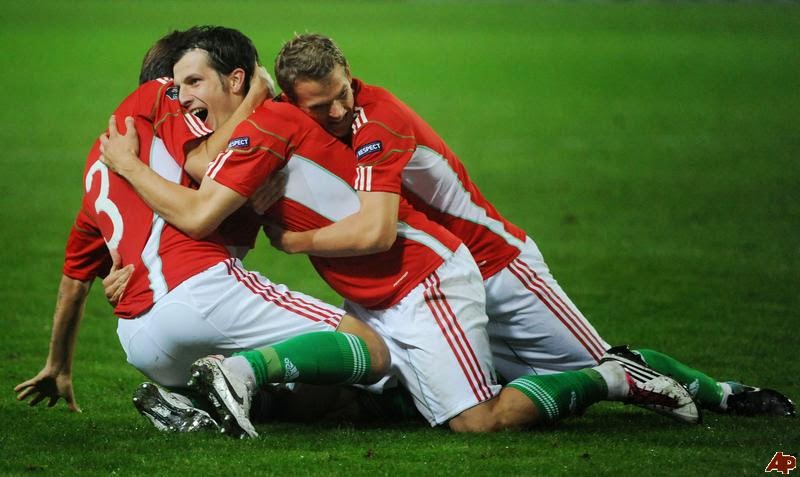 Hungary would not qualify for the 2012 Euros while Sweden did. But they did hand a surprise to the Swedes when Rudolf Gergely found the back of the net in the 90th to give his national team the 2-1 victory in Budapest. Although the home supporters very well understood that their nation's participation in Ukraine & Poland was unlikely, the stadium erupted after the last gasp goal. 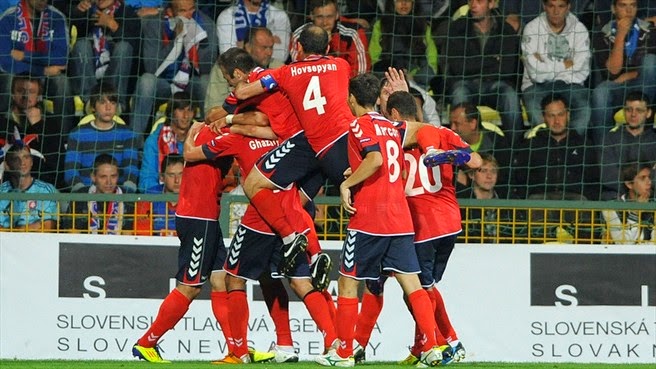 Surely it's not overly surprising to see Slovakia lose. But any time Armenia scores four goals in a competitive match it's a sensation regardless of who they play against. As a matter of fact, Armenia's two wins against the Slovaks (both at home and away) were the reason why the Armenians finished just four points behind playoff participants Ireland, probably their most impressive finish thus far in any tournament. 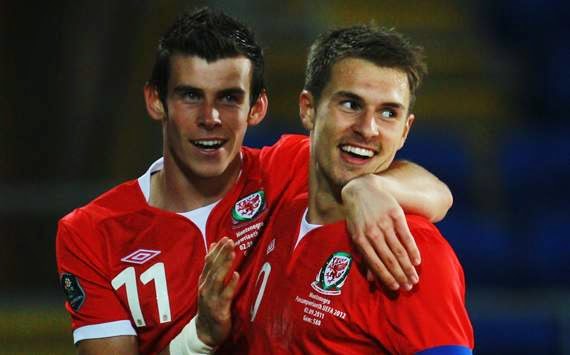 After handily defeating the Welsh 4-1 almost a year to the date in this same group on October 12, 2010, the Swiss were in for a surprise result in Liberty Stadium in Swansea, as second-half goals from Aaron Ramsey and Gareth Bale ensured that the Swiss would not travel to Poland and Ukraine, even though they would have at least had a crack at the playoffs had they won this match,