Throwback Thursdays - 2003: When United Signed the Other Ronaldo 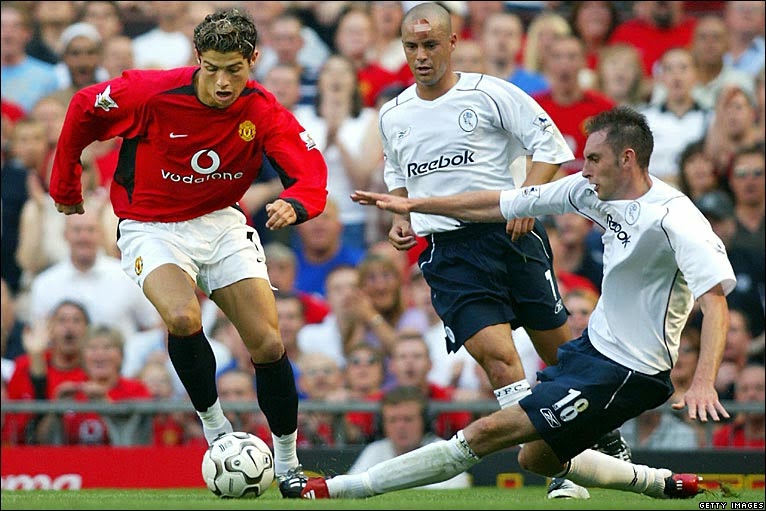 "Look at his bloody hair!" My grandad gasped, almost spitting out his tea, as Manchester United's new signing, Cristiano Ronaldo, came onto the pitch at the start of the 2003/2004 season.


The young unknown Portuguese winger had weird blond frosted tassels that looked ridiculous on top of his dark hair and with his pimply skin I couldn't help but shake my head at our new signing as I watch his debut on TV.

After a summer where we had chased Ronaldinho, after selling a certain David Beckham to Real Madrid, there was a slight air of disappointment that we had only ended up with a player whose last name sounded a bit Brazilian.

Apparently this kid had ripped United apart while playing for Sporting Lisbon in a pre-season friendly and the players had later implored manager Sir Alex Ferguson to sign him up. 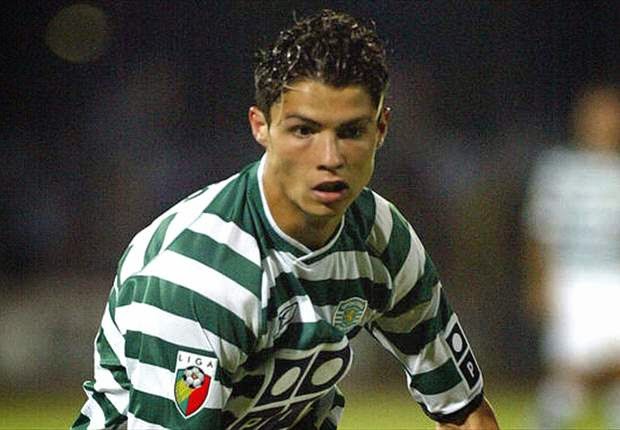 But as soon as he came on against Bolton though you could see what the hype was all about. His skill, movement and most of all his confidence was mesmerizing.

He strode around the pitch, performing step-overs, Cruyff turns, drag backs, and bursts of pace that left the defenders flailing all over the park. His introduction after the hour mark turned a dull match on it's head, and United went on to win 4-0. Even Bolton's no-nonsense manager Sam Allardyce was impressed as he commented afterwards, 'He was different class, he looks a very exciting player and his introduction was crucial."

At a cost of £12.5 million, United seemed to have unearthed an exciting talent who had effortlessly tore through a dogged Bolton defense. For many Red Devils, it was one of the best debuts they had ever seen from a young player.

Ferguson himself lauded Ronaldo's "Marvelous debut" and enthused about the penetration he had added to the United attack.

United would later go on to win the FA Cup Final that season with Ronaldo opening the scoring. 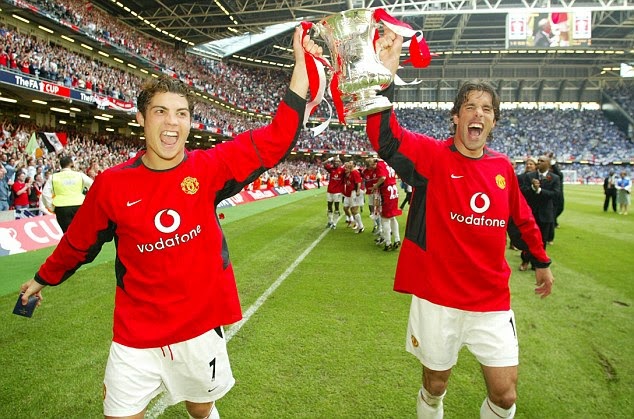 The 18 year old, who had taken up the famous number 7 shirt vacated by Beckham, had a tendency to over elaborate in his first few seasons at Old Trafford and not take the most direct route to goal, but behind the scenes he was working hard to improve his game and himself.

Besides developing his technique he devoted himself to spending extra time in the gym, crafting the abs that the ladies love so much now when he shamelessly unviels them. Through extreme dedication he turned himself into one of the greatest players in world football.

Ronaldo would go on to win a hat-trick of Premier League titles at United, along with winning the Champions League in 2008, while scoring over 100 goals for the club.

Although he left for Real Madrid in 2009, and has enjoyed a tremendously successful five years there, this week he claimed that,  "I love Manchester. Everyone knows that. Manchester is in my heart. I left many good friends there, the supporters are amazing and I wish I can come back one day."

Ronaldo is now 29 and has four years left on his contract at Madrid, so that ship has probably already sailed, but for United fans they'll always have the memories of the trophies he helped deliver and a debut that is still talked about to this day.
SHARE SHARE SHARE