The 60th Anniversary of Roy of the Rovers 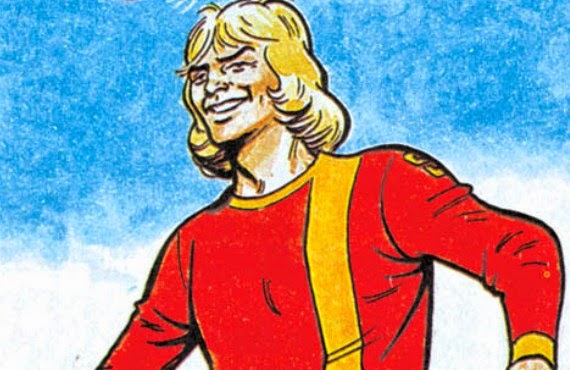 The answer is that this man never existed, at least not in the literal sense. The character in question is the most famous comic book footballer of all, Roy Race of Melchester Rovers.

This Thursday, September 11, marks the sixtieth anniversary of Roy Race's first appearance in Tiger magazine in the United Kingdom. The fictional footballer, who was nearly always able to craft a last minute winner for his side, was created by writer Frank S. Pepper and artist Joe Colquhoun. 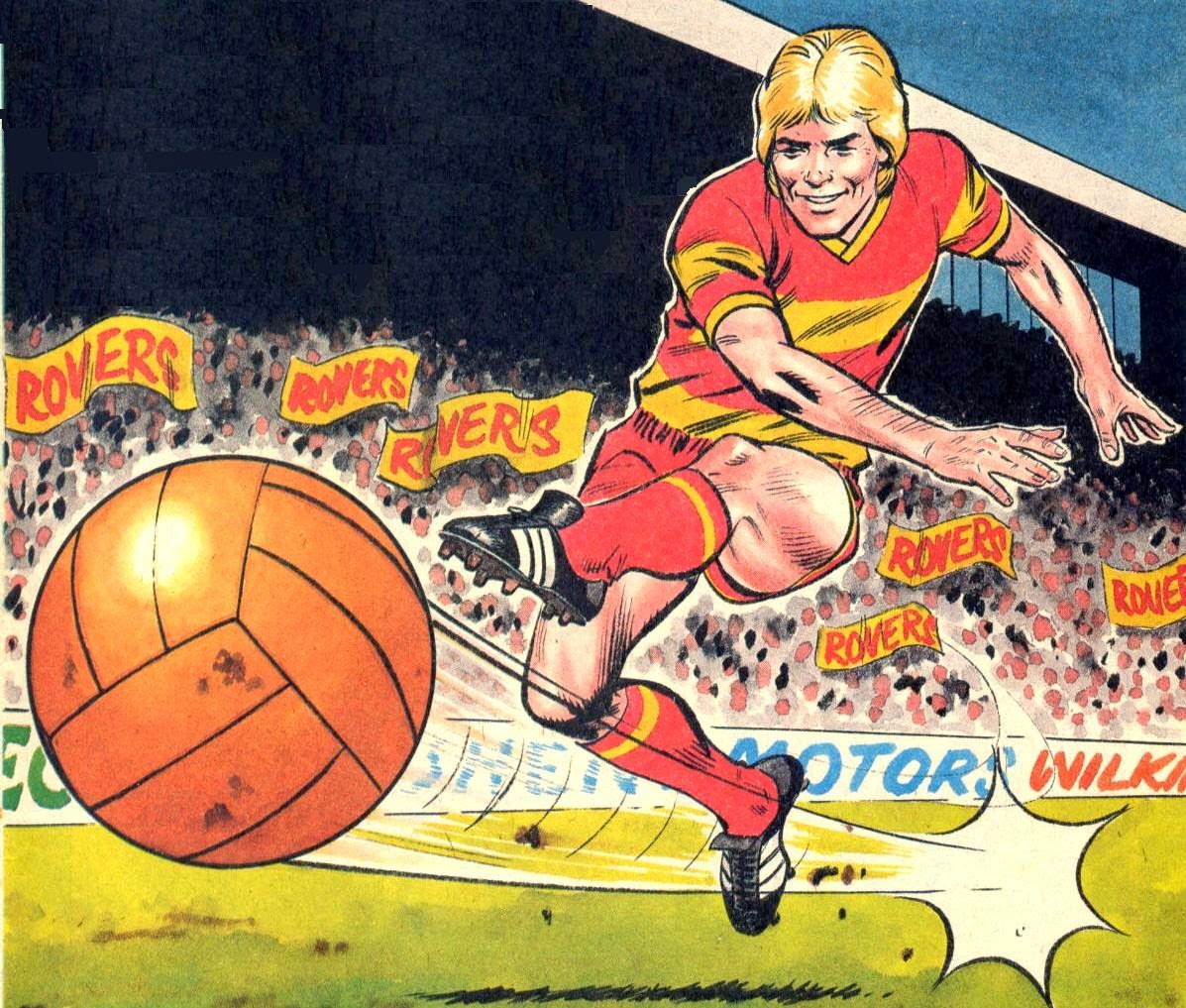 Starting as a weekly strip in 1954, Roy of the Rovers focused on the triumphs and tribulations of Roy and the fictional Melchester Rovers. In order to keep readers attentions, Melchester never finished in mid table. Roy's beloved club were either involved in a heated title race or a relegation dog fight.

Melchester's favourite son, Roy Race, who was to later take on the character traits of the occasional guest consultant Sir Bobby Charlton, was known for his mop of blonde hair and his devastating left footed "Racey's Rocket" shots, which settled many fictional encounters over the years.

During the strip's run several great British artists like Paul Trevillion and Yvonne Hutton worked on the book, while Tom Tully had the longest run writing about the adventures in and around Mel Park when he took over the strip in 1969 and worked on it until 1993. 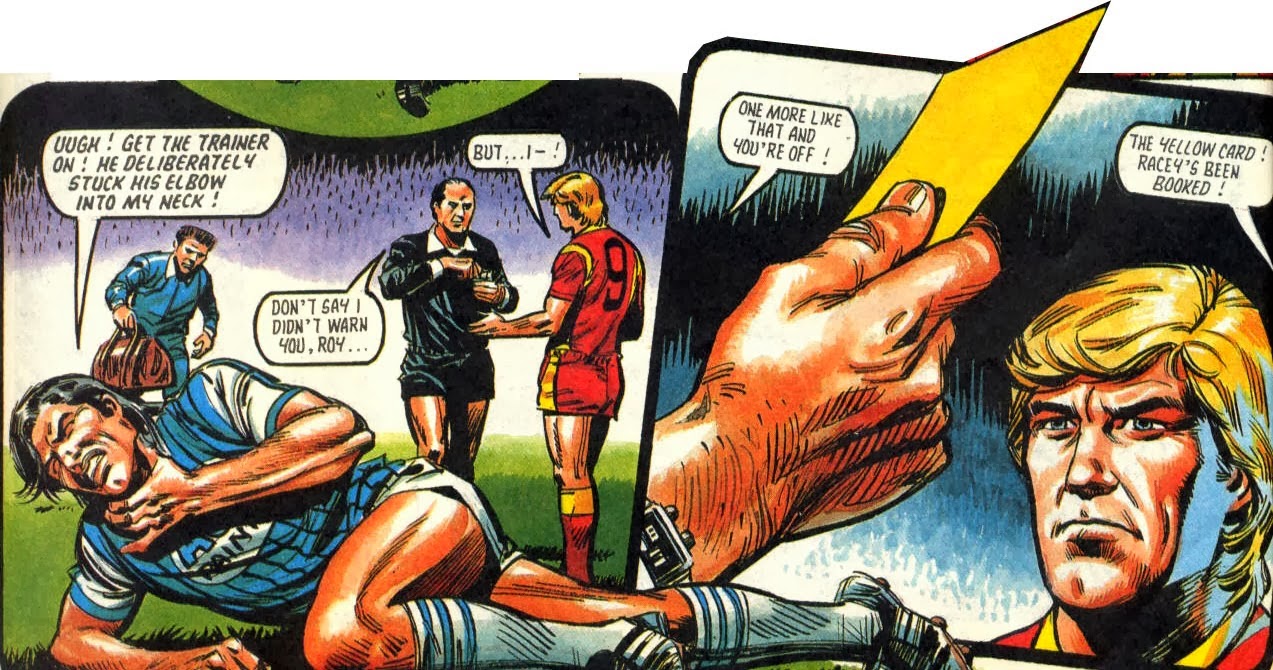 After 22 years of success in Tiger, which peaked at a circulation of 400,000, Roy got his own monthly comic in 1976 and from that point on stories seemed to get even more outlandish.

As the comic typically aligned with the English football season, the summer months usually featured the Rovers going on overseas tours, where they would invariably end being kidnapped or embroiled in some sort of international intrigue.

There were also extended guest appearances in this period by former England manager Sir Alf Ramsay, who was a big fan of the book and would often write in with suggestions or criticisms of the art and story lines, and an outrageous tale of Spandau Ballet's Martin Kemp and Steve Norman joining the Rovers.

The book incorporated soap opera like elements in this period as the book had Race, now player-manager of the Rovers, marry his secretary Penny in the early 1980's, and together have a son named Rocky who would eventually replace his dad in the side after Roy lost his famous left foot in a helicopter crash.

Sadly, the main Roy Race comic finished in 1993, due to a circulation that had dwindled to less than 20,000 copies sold per month. Although there were attempts to revive the title throughout the '90s as a strip in various magazines and newspapers, there hasn't been any new Roy of the Rovers material published since 2001.

Although the adventures of Roy Race are no longer being written, the long running football book left it's mark on popular culture in Britain and certainly fueled young fans love for the game in that country. Even today when you see a young player do something spectacular, you'll occasionally hear a British commentator yell, "That's real Roy of the Rovers stuff!" 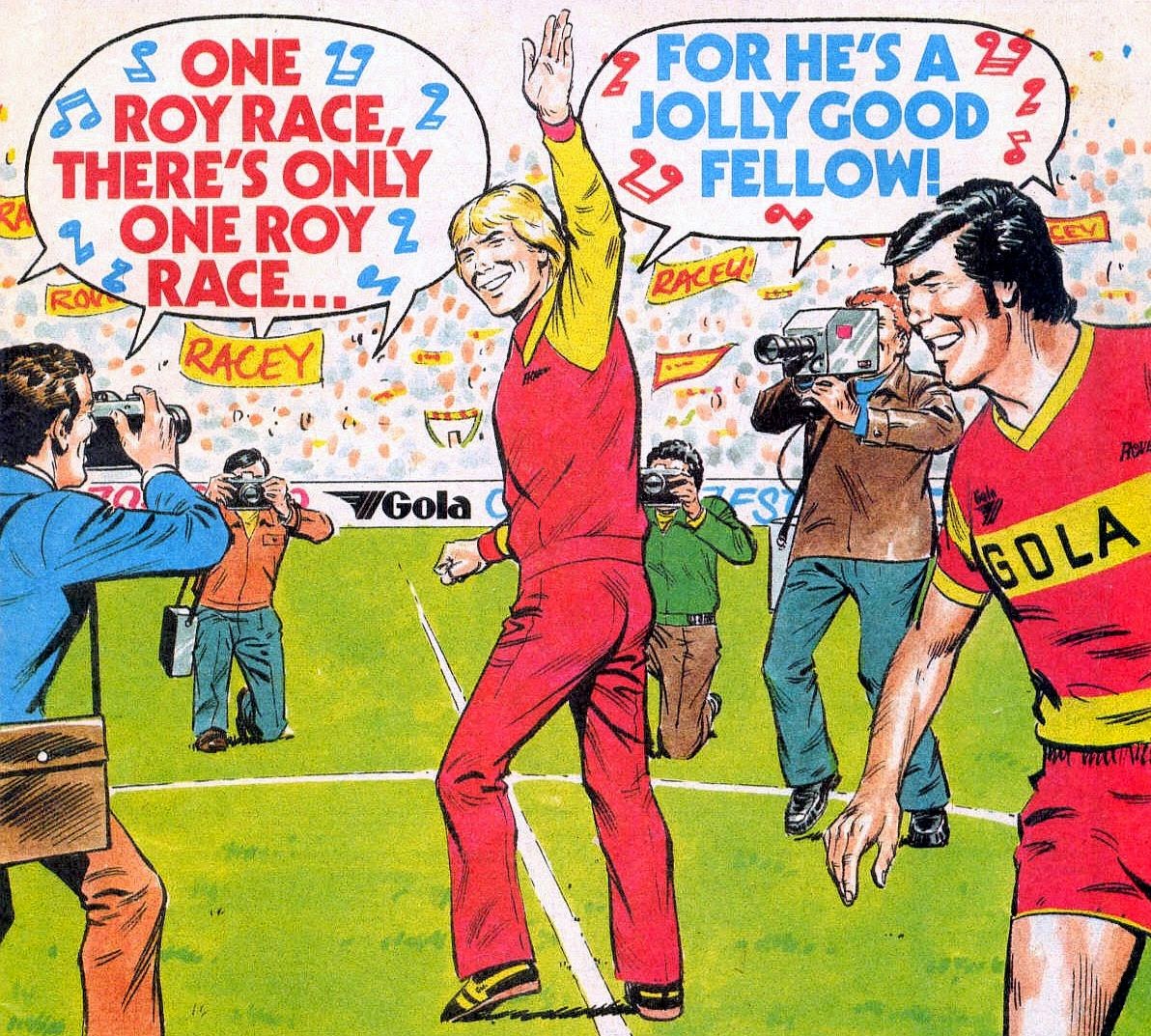