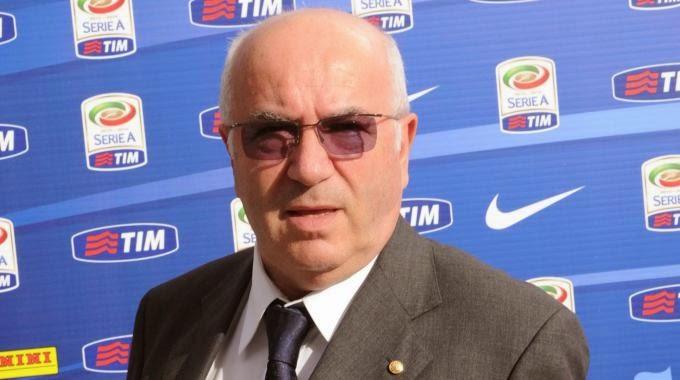 Last week the Russian government announced that they are working on reducing the number of foreigners in their domestic league to six per club, today Carlo Tavecchio, president of the FIGC has revealed that he has requested the help of the Italian government to introduce legislation that will allow him to have the number of foreigners playing in Italian clubs reduced.

“The requisite of having at least four Italians playing on the field is hard to implement. The 28 countries that make the European Community allow the free circulation of workers, but we can force clubs to use players that come from their academy systems in a way to promote the use of Italian players. As far as players coming from outside of Europe, we will analyze the work visas, similar to what is done in England. We will ask the Governments assistance, so a legal tool can be created, that players applying for a work visa can meet certain requirements in order to be able to play in Italy”, commented Tavecchio to journalists.

This seems to be an idea that is gaining traction within Europe and even outside of Europe. The issue of too many foreigners playing for domestic clubs seems to be an issue that is impacting the development of local players and hurting the national team programs. Countries like Italy, Russia and even smaller countries like Portugal have seen a huge influx of foreign players coming into the leagues and take away space from domestic talent.

It is very difficult for a national team program to survive and produce at the highest level if there isn’t any talent to pull from. Players coming up from the academy systems need to know that when they reach a certain point in their development that there will be an outlet for them to move into. In many cases talented players are seeing their options reduced and their possibility to continue a professional career at a high level threaten by lack of first team opportunities.

Controlling the amount of foreigners may be difficult, more so for countries that are part of the European Community, due to laws that allow works to migrate from country to country without being considered a foreigner as long as their country of birth is an EU country as well. The solution to this problem may be the enforcement of domestic quotas. Forcing teams to field not only players developed within their own club but also players developed in that specific country. The rules will have to be very specific, since we see clubs signing foreign youth players to their academies which also prevents local kids an opportunity to compete and grow in their sport.

That is an area that should also be looked at, and the creation of rules and regulations that prevent clubs for having too many foreign players in their academy systems is perhaps a good starting point. The issue is only seen at the surface, but the problem runs much deeper. To find a good solution to the problem that allows teams to remain competitive while promoting local talent and ensuring the survival of the national team programs is the balance that needs to be reached.

Perhaps Italy by the hand of Tavecchio can start a process that other European countries can implement, and a process that I believe needs to be led by the federations, since the clubs will only be looking at staying competitive and profitable. Italy could become a trailblazer in this campaign, one that I believe is fundamental to the continued growth of domestic players in a world dominated by globalization.