QPR Could Be Demoted For Violation of Financial “Fair Play” Rules 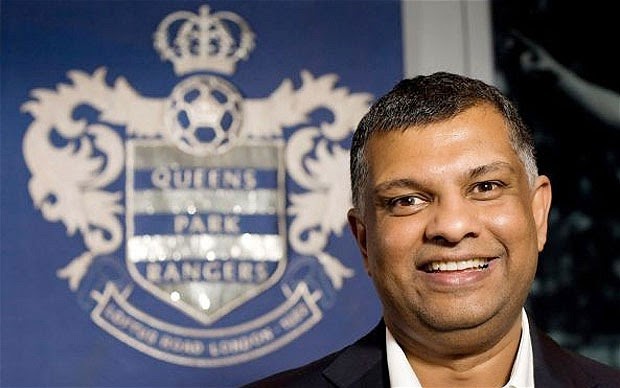 Queens Park Rangers runs the risk of being demoted to a lower league if the club refuses to pay a fine that could be as much as 50 million euros, for not respecting the financial “fair play” rules.

The London based club could incur in a heavy sanction when their financial year end results are revealed in December.

QPR posted pre-tax losses of £65.4m at the end of May 2013, when they were relegated from the Premier League. This last financial year is expected to produce even heavier losses once it is made public in December. If this ends up being the case QPR could be charged with breaching the rules and besides a fine they could be forced to face demotion even if they finish above relegation in the standings.

The Football League chief executive, Shaun Harvey, believes he will be able to put forward enough evidence to charge QPR in this matter. “Now QPR will of course be hoping it does not happen for some considerable number of seasons but the chances they will need to return to the Football League fold at some point. Certainly, three of the 20 clubs that are in the Premier League will be in the Football League next season.” said Harvey during a conference in Manchester.

QPR chairman, Tony Fernandes, has said that he would fight any fine or penalty imposed to the club over this matter. He doesn’t believe the existing guidelines are fair for clubs being demoted from the Premier League to the Championship. He believes clubs being demoted should have enough time to rectify their salaries and adjust to the financial parameters of the Championship league, but to expect a club to do it overnight it unreasonable.

I don’t think I have ever said these words before but I agree with Tony Fernandes when it comes to the principle of the issue. Teams demoted from the Premier League should have perhaps two seasons to normalize their salaries to be in line with the payroll demands of the Championship. Having said that the existing rules are in place and everyone participating in the Championship and Premier League are aware of them, so if the rules seem to be unreasonable clubs will have to vote and have them changed, until then everyone should follow them and ensure the rules are not broken. If they are broken then the clubs and owners will have to deal with the consequences that come from it.

I don’t see QPR being demoted; I do see them paying the fine. Tony Fernandes will kick and scream but in the end he will have no choice but to pay the fine to ensure QPR stays in top flight. I am just wondering when will league officials look at the spending of the big clubs and see how they fair within the new financial “fair play”?