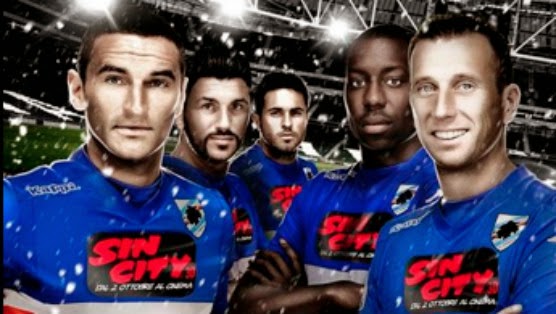 I've seen pizza joints, gambling websites and legitimized loan shark companies advertise on football kits in recent seasons, but nothing strikes me as being more ridiculous than a film being plastered all over the front of a kit.

But that's what Sampdoria have done with their current kit which is adorned with the logo of Frank Miller's Sin City: A Dame to Kill For.

Now, don't get me wrong I like some of Frank Miller's work. As a comic book geek I bow down to his seminal Batman books, "The Dark Knight Returns" and "Batman: Year One", but Sin City 2 was always going to struggle at the box office on the back of a guy who has fallen out of favour after his weird right wing ramblings on Twitter in the last few years.

But I digress, having any movie on your kit is a strange idea as even successful films aren't actually in cinemas that long before they fall into that strange void between theatrical runs and Blu Ray releases.

It can also lead to a club's design team making decidedly odd choices, like the kits put out by Atletico Madrid in the 2003/2004 season when they were sponsored by Colombia Pictures, as seen below. The home kit with the red and white stripes, with the simple Spider-Man logo isn't bad, but the away kit looks like something you'd pick up in a bargain bin at a discount store. 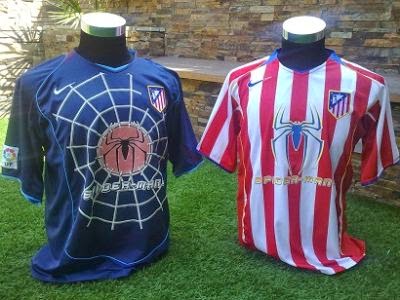 The reigning La Liga champions, had even worse luck later that season though when they were forced, or more accurately contractually obligated, to put Hitch and, worse still, White Chicks on the front of their kits as seen below. 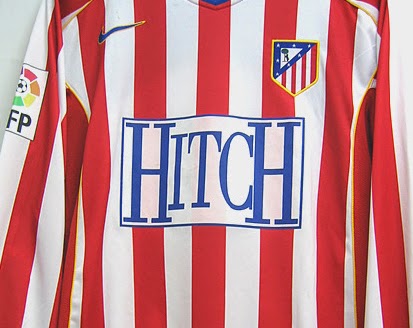 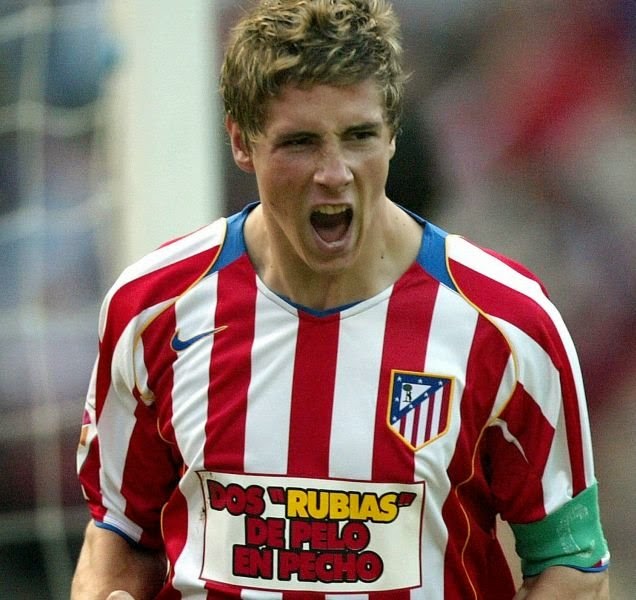 On a more temporary basis, for one match against Barcelona in 2013, Rayo Vallecano were sponsored by the producers of Iron Man 3, which raises the possibility of sides changing sponsorship on the fly mid-season and also makes me want to own that particular kit. 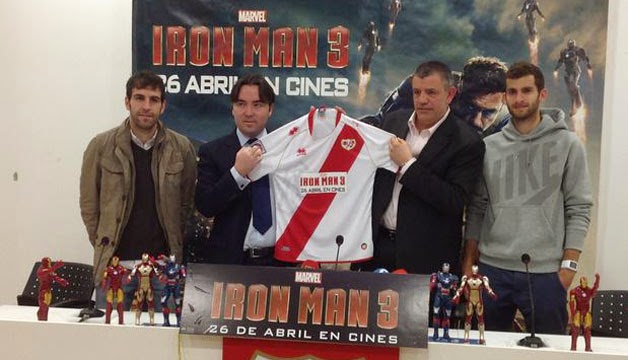 This wasn't the first time the club had gone all Hollywood blockbuster for their sponsorship, as the year before they had worn a coming attractions patch for the Avengers on their chests. 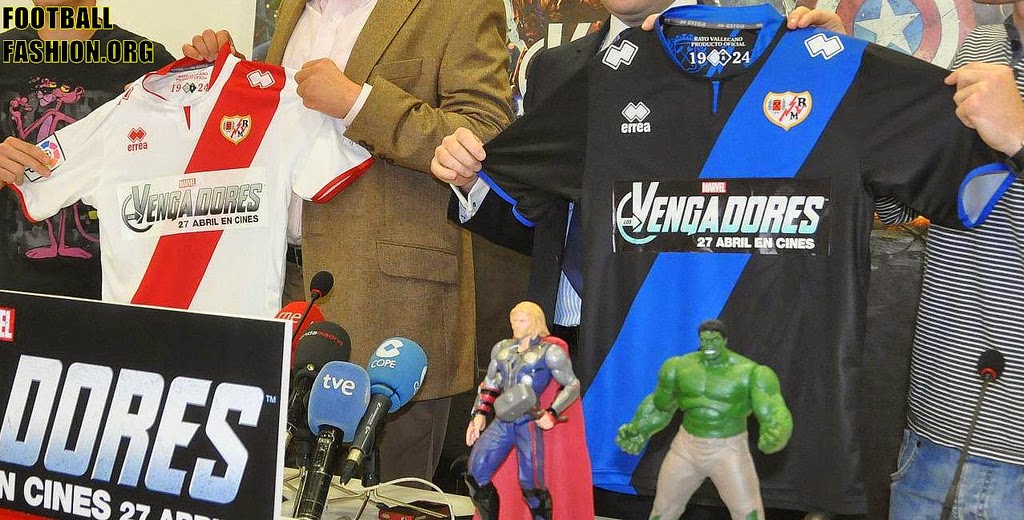 With their penchant for adding superhero movie promos of the front of their kits, I think I've made my mind up about Rayo Vallecano being my new team in Spain.