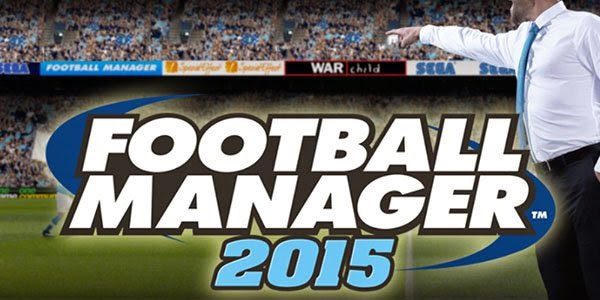 It’s about 1 am on a Tuesday night – err, Wednesday morning. I’m sitting in bed next to my wife, who is snoring rather loudly and getting irritated with the dim light emanating from the laptop that I still have on which is disturbing her sleep.

It’s a work day however my mind is hardly on what my day-to-day responsibilities entail during my 9 to 5 in real life. Rather, my mind is strictly on an opportunity to buy the next potentially great Brazilian striker, a youngster who may be on my reserve squad for perhaps half a season before he moves up to the senior squad. I’m solely concentrating on the ever-consuming, yet highly addictive, football simulation game known globally as Football Manager.

I was first introduced to Football Manager in 2011 by a friend of mine who lives in England. The game was originally referred to as Championship Manager until a split between the games’ creators and the publishers in 2005 led to the creation of what we know now as Football Manager or FM for short. I was given the copy of the game and really didn't know what to expect from it. I've always been a fan of the General Manager portion of the various Electronic Arts sports games that are popular in North America, namely the NHL series, so I was under the assumption that I’d be getting into something similar to that – a decent glimpse into the life of an executive with trades, signings, and the like however nothing too deep or complex. I was completely blown away when I had downloaded FM11 on my laptop, and found a new love in my life.

I’m a massive fan of the Portuguese club Sporting Clube de Portugal. I’ve always dreamt of what it could feel like watching the club win not only the league and cup double, but perhaps a European trophy here and there. With Football Manager, I was able to do just that however it’s not as easy as one would think, and that’s the beauty of it all. The game has so many complexities to it that you need to ensure that every nook and cranny is dealt with. Not only do you buy and sell players, but you need to set formations for game day matches. Training sessions need to be designed and implemented, with certain players focusing on specific training regiments such as penalty taking, tackling, man marking, etc. The press also come into the equation and can be your best friend or your worst enemy depending on what you tell them – or sometimes what you don’t tell them. If you have an issue with a player, well, you can tell them how you feel – and also in what type of tone. That can set the players mood into a happy one, which leads to a productive output on the pitch, or it can lead to a miserable mood and have drastic effects not only on the field but also in the dressing room and the players’ value. Speaking of transfer values, teams will take advantage of your situation if they learn that you are in dire need of a player in a specific position. That striker that at one point may have cost you £1.5 million - well, now he’s yours for £2.5 million! Don’t forget to add in a sell-on fee, or perhaps decide to play a friendly the following season to bring the selling club some additional funds to smooth a transfer over. 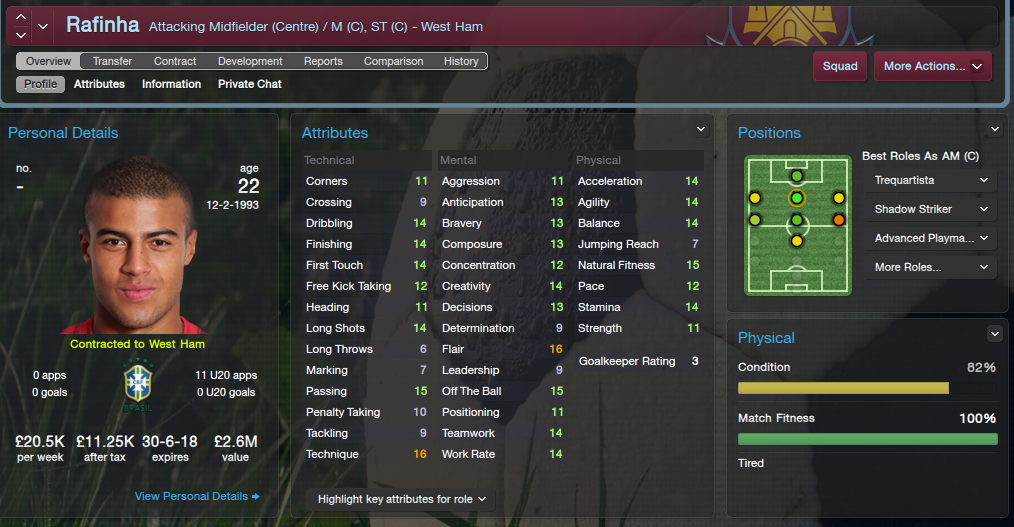 You need to toe the line with club executives who are always clamouring for the best bang for the club’s buck to fans who continuously want the biggest players to play for their beloved squads. Get a transfer target wrong and the fans will tell you how they feel. Beat your teams’ fiercest rivals and you’ll be the toast of the town. Go unexpectedly deep in a cup competition and you’ll be revered as a club icon. The clubs’ stadium, training centres, and various amenities continuously need to be maintained and that’s your responsibility. Need a scout to go to Eastern Europe or South America to mine for the next great young talents, or perhaps to find a cheap veteran to add some depth to the senior squad? You need to make various assignments and review various reports and build that trust component with your scouting department. That could make or break your youth squads. Signing players to contracts can be akin to pulling teeth because you’ll be dealing with that players’ agent. No stone is left unturned – you barter over term length, bonuses, the importance of the player to the team, and of course no contract would complete with the obligatory player agent fee!

I’ve spent so many hours contemplating a transfer, or setting a formation for a league match and completely revamping it for a European club match later in that week. I’ve purchased players for £500k and sold them on to massive European powerhouses for well over £10 million. I’ve been fired by clubs before Christmastime and I’ve taken a national team minnow to a final of a regional competition. I always make sure to keep up to date with when the next edition is slated to be released (according to Sports Interactive, the creator of the series, FM15 will be out in November 2014) so that I could pre-order it. Heck, the game is so popular that a sports data company is utilizing the scouting information from Football Manager to assist clubs from around the world with scouting players, including a small biography along with contractual data. That is absolutely incredible! It’s no wonder that football fanatics around the world, including yours truly, are losing sleep because of the constant all nighters playing what I consider to be the most realistic simulation game of all time, Football Manager. 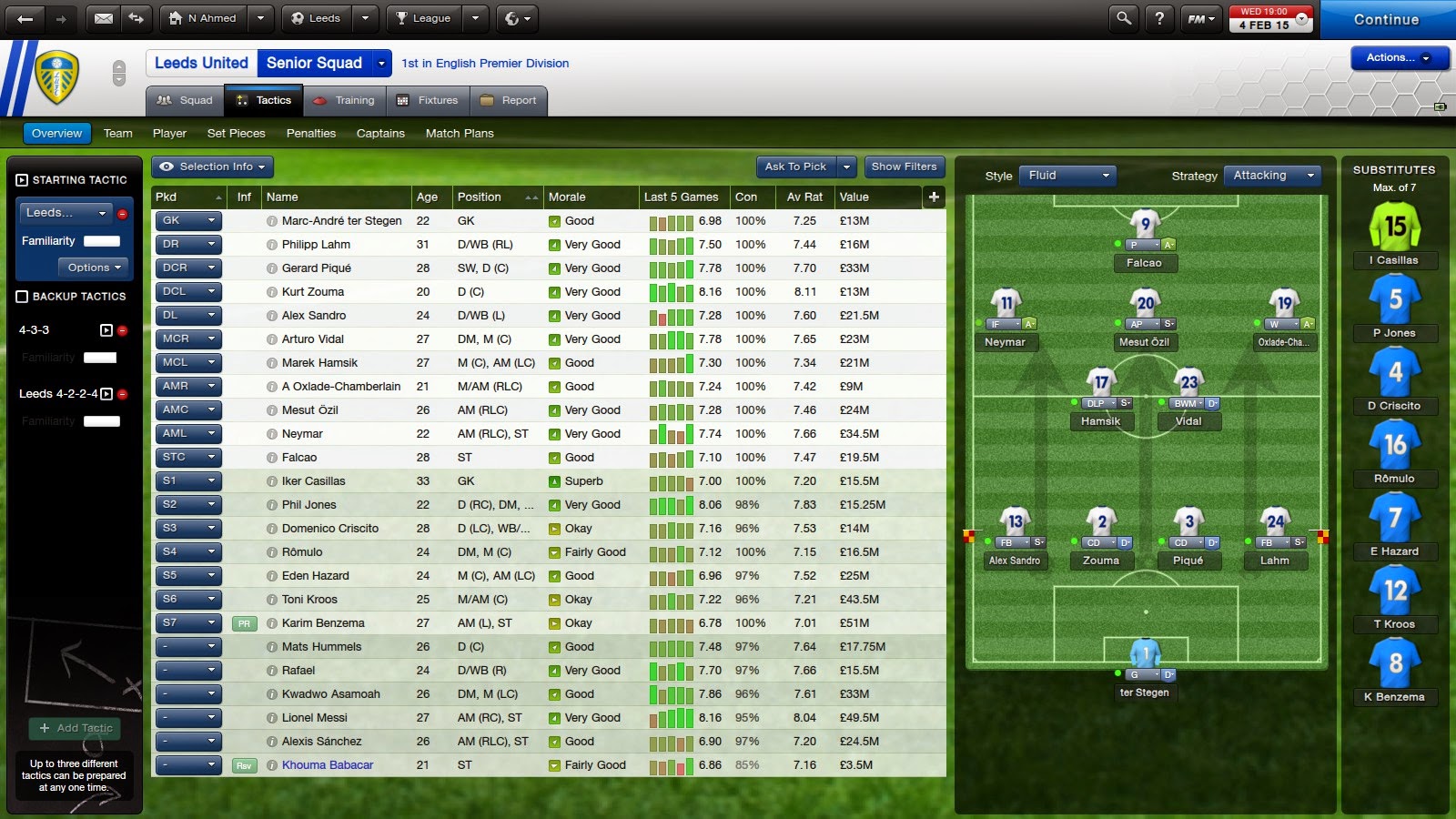