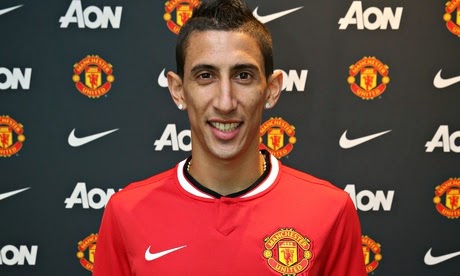 Last week Manchester United signed Angel Di Maria for a British record fee of 59.7 million pounds. He had been a targeted of Louis van Gaal for some time now so it wasn’t a surprise when the deal was finally announced, but maybe the amount shocked some onlookers.

Di Maria is a quality winger that has won almost every single title that a player can win, so his addition to the squad will not only add quality but also experience, and winning experience which is a different yet valuable commodity to have.

Almost every single detail of Di Maria career has been scrutinized but I hope the five facts I will be sharing with you are not only new but also interesting to you as they were to me.

Fact 1 – He once fell into a well and survived

Di Maria and his family had move to a new home and he was only one year old still using a walker. He recounts the story like this “I was a year old and had a baby walker and went outside and fell into a well. I was lucky because they saved me in time otherwise I wouldn’t be here to talk about it.”

He was playing for local club Torito when a scout from Rosario Central first spotted him. During an interview to Real Madrid TV he tells the story “They drove a hard bargain to release me. The transfer fee was 35 footballs.” Di Maria was only four years old at that time, so we need to keep that in mind, but nevertheless an interesting story.

Fact 3 – His doctor told him to be a footballer

Di Maria was a problem child from a young age, so his mother took him to see a doctor when he was three years old looking for help in finding a solution. He recounts the story “My mother got tired of me breaking everything in the house so she took me to see a doctor when I was three. I was running around the examination room breaking everything. The doctor just said ‘Sign him up for a sport’ and that is where my career began.”

Before leaving Benfica in 2007, Di Maria and six of his friends had the following sentence tattooed ‘Nacer en El Perdriel fué y será lo mejor que me pasó en la vida’. You can see that tattoo on his left forearm.The English translation for the tattoo is “To be born in El Perdriel was and will be the best thing that has ever happened to me in my life." The tattoo is a symbol for the seven friends, a reminder of where they came from.

He played three seasons at Benfica before moving to Real Madrid, and during that time he won the Portuguese League and two Portuguese League Cups. In his last year he was also voted best player of the League. During his time at Real Madrid he won La Liga once with Jose Mourinho, two Copa de Rey, one UEFA Super Cup, one Spanish Super Cup and a Champions League. He was also voted man of the match in that final against Atletico Madrid. He is a winner; the trophies that he has won at Benfica and Real Madrid are proof of it. 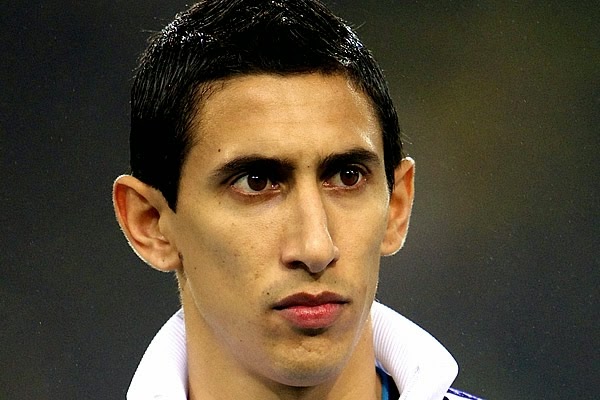