This week Paulo Bento announced his list for the first 2016 Euro qualifier against Albania on September 7th 2014. The biggest surprise was not who was on the list but rather who wasn’t. Cristiano Ronaldo was kept off the list and when asked about why he said it was due to lack of fitness.

Some seem to be confused on why Cristiano Ronaldo is left off the list, while others wonder if there is a problem between him and the Portuguese national team coach. I, on the other hand, think that this was the best decision Paulo Bento has made in the last 4 months, and I will give you 10 reasons why.

Cristiano Ronaldo had a very busy offseason and he struggle with injuries through most of the end of last season and during the World Cup. I believe resting him during this Euro qualifier is the best thing Portugal can do for the future of their captain. He needs rest and those days not playing will help him going forward.

Cristiano Ronaldo’s team, Real Madrid, will welcome this news with open arms. They want to have a healthy player for the season that is just getting underway. One less international game and possibility of injuring himself is just what the doctor ordered. Nobody is happier than Real Madrid.

This will be a great opportunity for players on the team to step up. Some players are perhaps hiding behind the shadow of Cristiano Ronaldo, but without him on the team everyone will have to give their all if they are to defeat their opponent.

Three new players have been called up, and without Cristiano Ronaldo the team will have to depend on all in order to win and not just sit back and wait for Ronaldo to solve all their problems. Some of these call ups are important for the future of Portugal’s national team, and so is Ronaldo. Not having him and giving a chance to these newcomers is a great way to tell them that they are important and needed.

Everybody knows that Cristiano Ronaldo is not 100% yet, and why risk having him re-aggravates his injury when there will be more important games to be played? It wouldn’t be smart to bring a player that is not 100%, it isn’t worth the risk for the player or the team. Let him heal and when the next qualifier comes around he should be ready to help his country.

Having Cristiano Ronaldo on the team when he is not able to contribute could become a distraction to the rest of the team. I believe Paulo Bento believes that having him injured and playing in the World Cup had a negative impact on the collective. Taking him not fully fit, could bring too many distractions to a group that is looking at rebuilding,

Winning this game without Cristiano Ronaldo would elevate the confidence of the group and players would start to believe their own value and their own ability. The team needs to believe and know that they can win without Cristiano Ronaldo, this is very important for Portugal to have a chance of improving as a team and qualify for the Euro in 2016.

Paulo Bento is making a statement with not including Cristiano Ronaldo on the team roster for this game. Some might say he is doing what Real Madrid wants but I see it as him just trying to make his own decision, in what is best for his team. It isn’t an easy decision to keep your best player off the squad, but I believe this is the right decision. 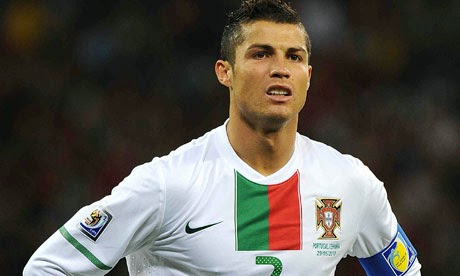