What Commentators Say and What They Really Mean

Football commentators seem to have a list of cliches and catch phrases they can pull from at a moments notice.

But what would happen if these commentators said what was actually on their minds?

Well the truth is that they would likely be fired, but just for interest, and amusement's sake I put together a helpful list of commentator catchphrases and what they actually mean.

This crumbling shithole that should be condemned.

"That's a heavy challenge!"
That's a criminal assault and number eight should be locked up.

"This club is too good to go down."
The overpaid wankers in this side have turned on the manager and will be out the door this summer regardless of what happens.

"He's fluffed his lines..."
The big dummy looked as graceful as Bambi on ice for that one.

"He keeps the play ticking over."
He only passes sideways.

"The crowd are now really behind their side and are urging them forward."
The disinterested corporates, in the good seats, have finally started watching the match in the 82nd minute.

"He's a player with some flair..."
He's incredibly lazy and does nothing for 89 minutes, but has occasional flashes of genius. 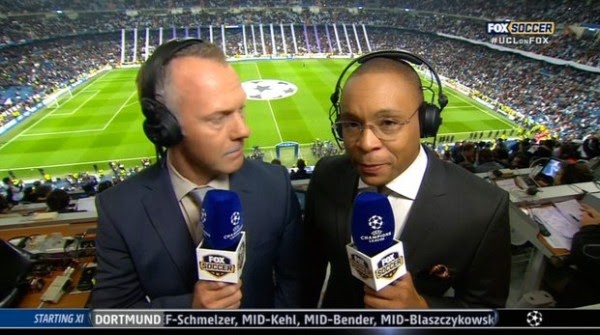 "Mark of true champions."
The reigning champions have played like crap for 92 minutes against West Ham, but have grabbed a late winner.

"You can't question his commitment."
He runs around like a headless chicken, disrupting his own team's shape and often picks up needless bookings.

"Park the bus."
They've put ten men behind the ball and there's more chance of Totti playing for Lazio than them showing any attacking intent.

"It was a good cross, but no one was in the box."
Another cross hoofed into the box without looking to see if anyone on his side was actually there.

"A real seasoned professional..."
Their ancient midfielder, who is clearly past it, lumbers over to take a free kick.

"He'll be disappointed with that."
He should be ashamed of himself and forfeit half his salary this week.