The Monday Meltdown - Following a Team Like TFC on the Road 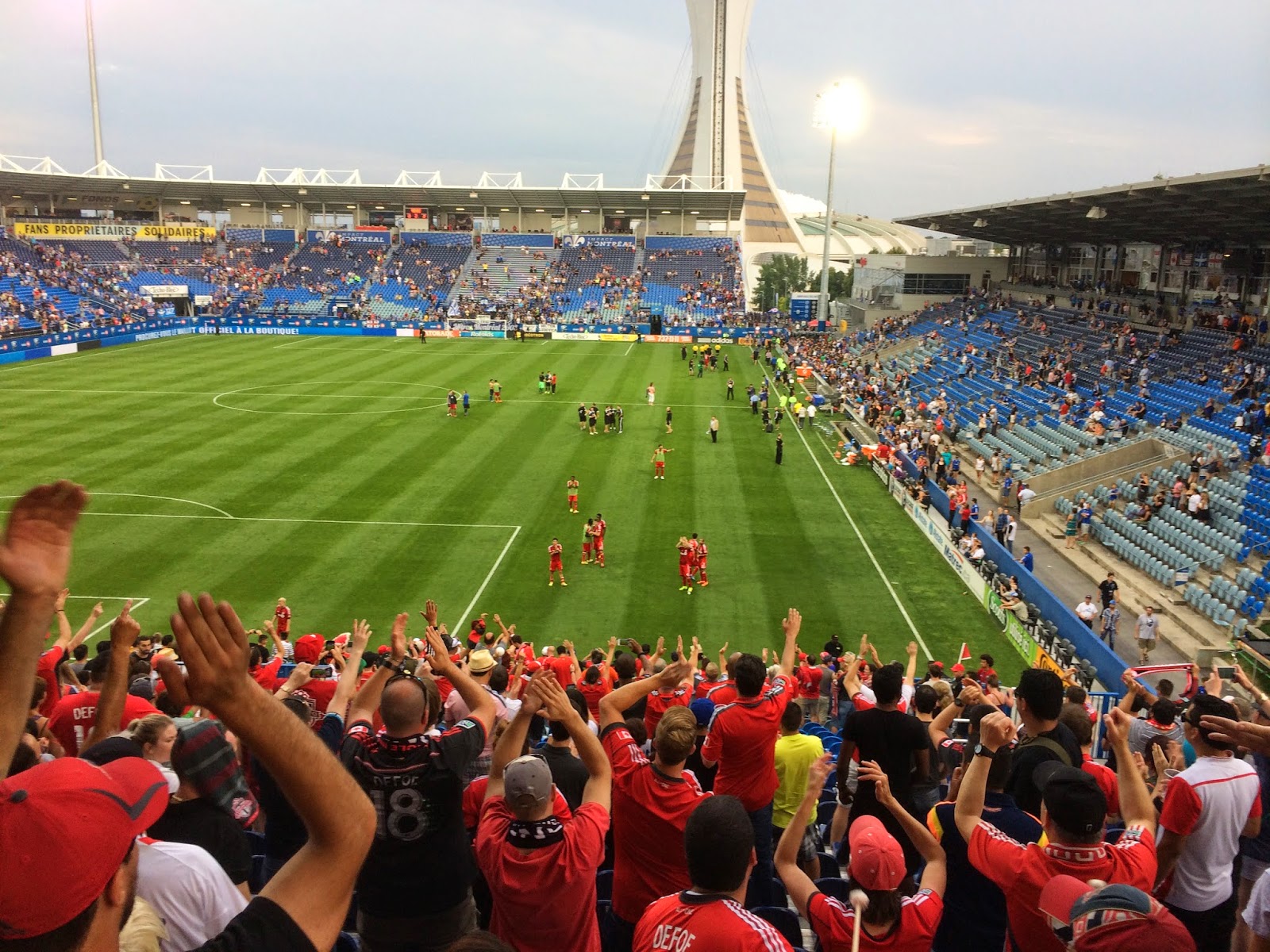 For football supporters everywhere there's nothing quite like an away trip.

An away trip can mean cramming into a packed bus with a broken Air Conditioner and no bathroom with a bunch of drunken supporters. Even if there is a Costco sized box of Glade Air Spray cans on the bus the level of stink on these vehicles can be fierce.

If you opt to skip the bus and take your own vehicle, it could mean breaking down in the middle of a small town in the middle of nowhere. This thought crossed my mind as I once went off the beaten track in Pennsylvania, because as the old saying goes down there, "it's Pittsburgh on one side, Philadelphia on the other, and Alabama in the middle". If I had even just stopped for gas and a local had told me that I had "purdy mouth" I certainly would have wished I hadn't been such a cheap ass and had actually flown to DC. Perhaps I shouldn't throw the word ass around when describing this scenario though.

There's also the small matter of the distance that's required for you to travel. In England, and in other geographically smaller nations, with teams fairly close together a road trip could simply mean a couple of hours drive. However, if you follow a league like the MLS in North America, virtually every roadtrip requires an overnight stay and that's where the real problems can come in.

First of all, you'll need the authorization of your spouse or partner if they aren't a fan themselves. This can be a potential minefield and I've even heard of relationships coming to an abrupt end because of this one. You could of course do what an acquaintance of mine did and tell his spouse he had a conference for work in Chicago, fly in simply to watch Toronto FC take on the home town Fire, and fly home after the match with his wife none the wiser. To me that sounds riskier than having an affair, but to each their own I guess. 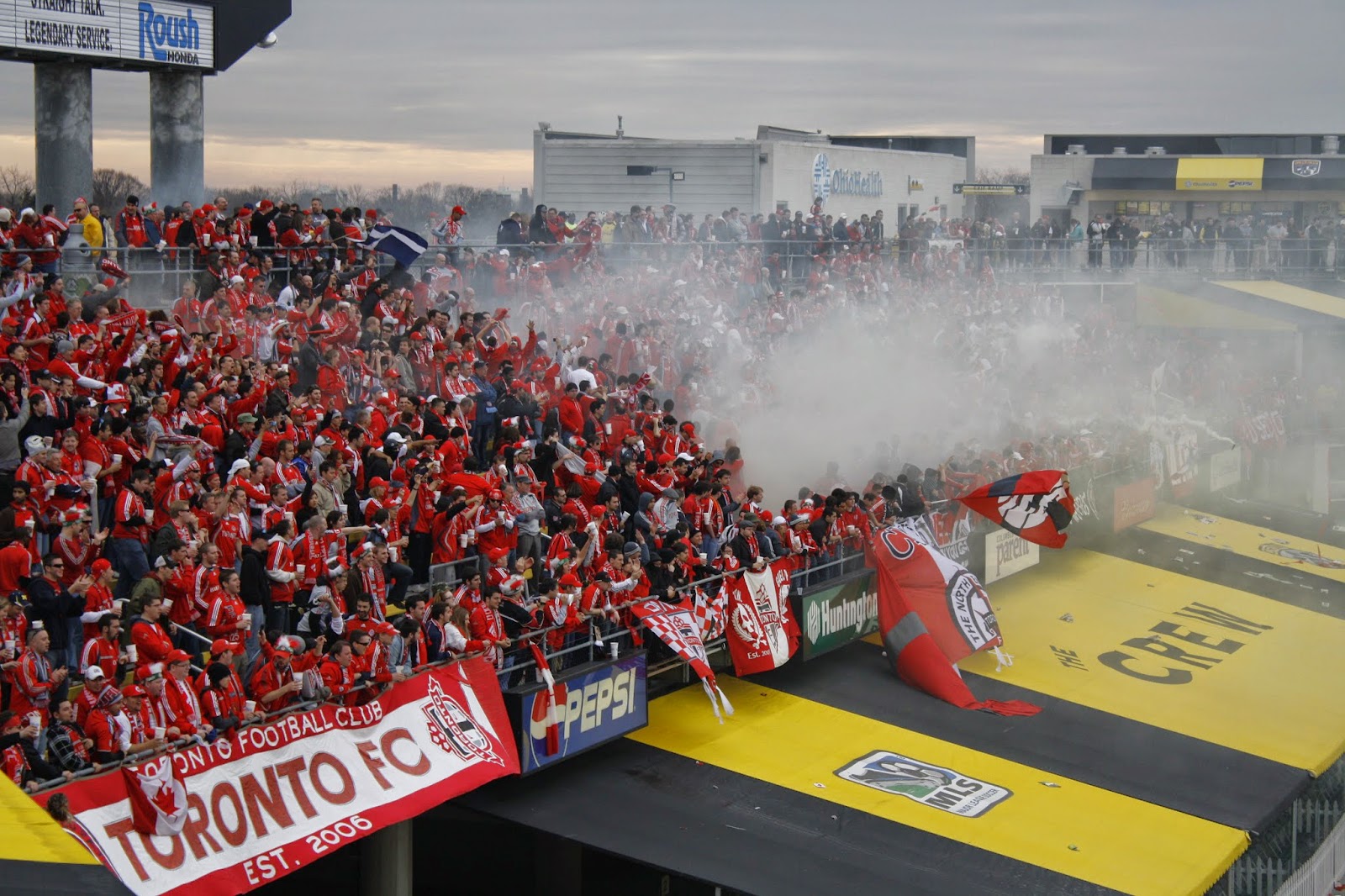 The cost involved in going on roadtrips is another thing that you can't sniff at. This past weekend I was in Montreal for the TFC away match and because there was a concert going on in the city all of the decent hotels were fully booked. The remaining hotels all jacked up their prices and as a result I ended up in a complete flea pit for almost $300 for the night. I'm looking in your direction Quality Inn, you shower of bastards. After having to change rooms twice, due to the sweet smell of bug spray in my first two rooms, I finally found a room that was livable and then ventured out to grab a bite to eat. As I walked down the street from the hotel, through the slightly sketchy midtown section of Montreal, I came across a middle aged women in a pink dress squatting down in a parking lot. Why was she squatting you might ask, and why did she have her pink dress pulled up? Well, as I passed her and saw her rather rotund white ass, I couldn't help but notice she was squeezing out a stink pickle. That is, she was hanging a shit in public in layman's terms. So this should give you a clear picture of the area I stayed in for the purpose of watching TFC on the road. 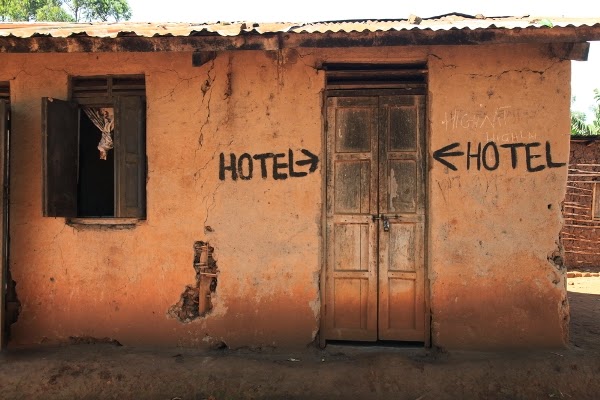 At least TFC won though. I was talking to a friend recently that has been on 18 Toronto FC roadtrips and she has still never seen them win. Another friend has been on 37 aways trips, including matches in  the MLS, CONCACAF Champions League, Canadian Championship, and friendlies and has only seen 4 wins. Neither of which have attended an away match this season up until this point, which is understandable, but the team is slowly starting to show signs of improvement in their travels so it might be worth staying in dumpy hotel for an extortionate price.

The opposing fans are another thing that can be interesting on away trips. You'll run into some that are fantastic, or you may come across some that are a bit hostile and looking to cause some trouble. Yesterday in Montreal the fans were pretty decent, although they did moon us on the way out. It's ironic that Montreal is well known for it's strip clubs, but I got to see ass twice yesterday for free.

Despite all of the pitfalls, the cost and the hassle of roadtrips though you can't match them for fun. The support is nearly always better on the road than it is at home if you have a large contingent of away fans that have made the trip. Everyone is committed to singing and chanting for the most part and friendships are made or strengthened on the road. You'll always bring back tales to tell to those that didn't make the trip and if your team comes back with 3 points all of the hassles you had on the trip will be worth it.
SHARE SHARE SHARE