Any Given Sunday: Benfica's Cup of Agony 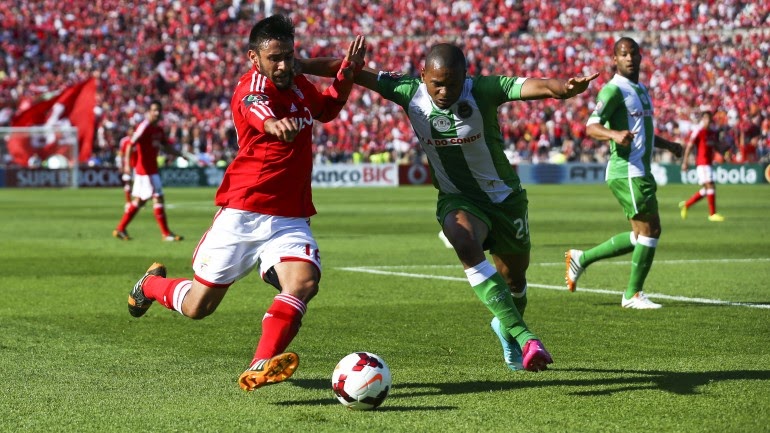 Today, the official start of the football season gets underway in Portugal, and like every year it starts with the Supertaça Cândido de Oliveira.

Benfica is coming into this game having endured one of the worst off seasons and pre-seasons in their vast history. They sold half their starting 11 and managed only two wins during their pre-season games, which saw them lose the last two matches by 5-1 against Arsenal and 3-1 against Valencia. Valencia, a team now coached by Nuno Espirito Santo that last year was coaching Rio Ave when they lost both domestic cups to Benfica.

Most Benfica fans are not looking at this game against Rio Ave with positive thoughts, after all, the Benfica we have all seen during these past weeks, is a shadow of the team we all got to see last year. When you add to that the fact that Benfica has only won the Supercup once in the last 13 years and in 35 editions they have won 4 and lost 11, this makes for a very somber atmosphere surrounding this game.

While most and I would even include myself in that list, have put our Chicken Little hats on and believe the sky is falling I also believe that this Cup will perhaps be one of the few bright spots for this season.

Some of the regular players, the ones that haven’t been sold, will be making a return to the squad. I am referring to Luisao, Enzo Perez and even Jardel. Having Luisao and Jardel anchoring the defensive line gives the team a different stability and security that Sidnei and Cesar would never be able to achieve together. This game could also see the return of Enzo Perez to the Benfica midfield, in what could be a bittersweet moment for fans and player. Rumors in the media suggest that the player will finalize his transfer to Valencia CF following this match.

When you look at Matic and how he was transferred following a very important game against Porto last season, I could see this scenario coming to fruition. It has been done in the past, and it would be the intelligent way of doing it now. Having him on the team to help Benfica win a trophy this season, and then negotiate his transfer during the window between the Cup and the start of the season is perhaps the best way to ensure they eat their cake and keep it too. Nobody that follows this team wants to see him leave, but where there is smoke there is fire.

Those pieces with the additions of Gaitan, Salvio, Lima and perhaps some of the new players brought in during this off season, Benfica has a very good chance at winning this trophy for only the fifth time in their history, which could also be the only trophy they have a real good chance at winning for the remainder of the year. If you play poker, this could be that all in moment, when you shove all your chips to the middle of the table, and flip your cards. I believe Jorge Jesus has enough cards to earn him and the club one more trophy, and he knows that his hand will be far weaker once the regular season gets underway.

While winning this trophy would not salvage a possible disastrous season, it would bring some short term happiness to the gloomy and worried hearts that follow this team through good and bad times. In a season that may not give us many reasons to smile, a spark of hope and happiness could be enough to keep the flame burning for the rest of the year, or so I hope.