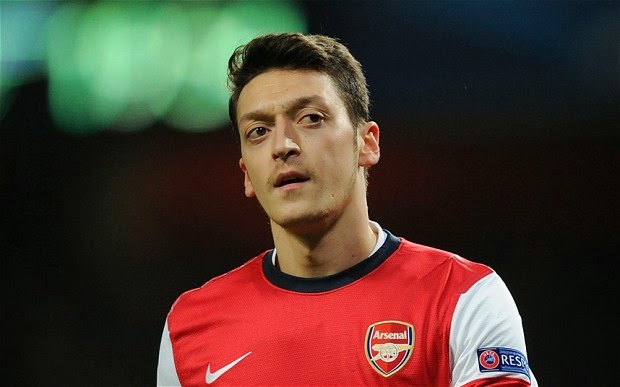 Ozil is one of the best players in the EPL and was one of the key players for Germany at the World Cup in Brazil.

He was a great addition to Arsenal last season and now after having spent some time in the EPL he will be looking at improving on his play and help his team finish top of the league. Fans of Ozil and Arsenal probably know everything that there is to know about the creative midfielder, but I believe I will give you five facts about Ozil that maybe only the most knowledgeable fans will know.

Your knowledge of these facts will determine how big of a fan you are.

Ozil has had many nicknames over the last several seasons. Some of his nicknames have included “der Rabe” (The Raven or in Spanish “El Cuervo”), due to his smart play in the midfield, at Werder Bremen he was known as “der neue Diego” (the new Diego) in reference to the Brazilian Diego that played the creative midfield role before Ozil took over that job. At Real Madrid he was known as the “German Zidane” or “German Messi”, also some of his team mates called him Nemo.

He has launched his own logo design with Adidas, trying to branch out and create his own product line. The logo looks like an O with two dots on the inside of it, not the most creative or attractive logo, but as anything else that Ozil touches, I am sure it will turn to gold.

Ozil is a third generation Turkish German. He is Muslim and very devoted to his religion, and he claims to have the best of both nations. “My technique and feeling for the ball is the Turkish side to my game. The discipline, attitude and always-give-your-all are the German part.” He is able to combine the best from both worlds.