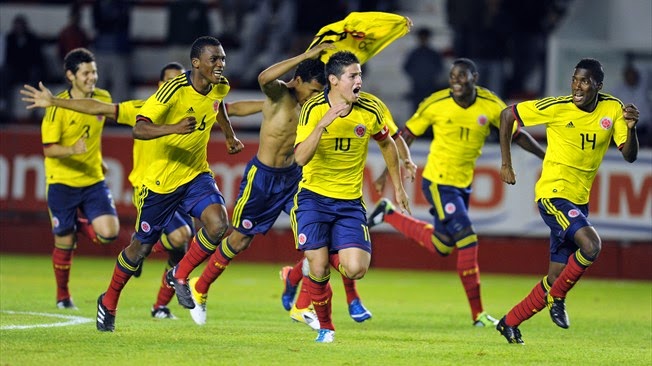 Today on Throwback Thursdays we will be taking a look at the 2011 Toulon Tournament won by Colombia’s U20 team led by no other than James Rodriguez.

It was the 39th edition of the Toulon Tournament and Ivory Coast was coming in as the defending champions. For those not familiar with this tournament, it is one of the most prestigious tournaments for U20 national teams outside of the U20 World Cup. It is held in the French city of Toulon and in 2011, the games were played between June 1st and June 10th.

There were two groups, in group A you had Colombia, Italy, Portugal and defending champions Ivory Coast. In group B you had France, Mexico, Hungary and China. The two top teams in each group advance to the semifinals.

Colombia’s first game was against Portugal. In a group where all 4 teams had aspirations to win the tournament this first game against Portugal was critical for Colombia. It was a very close game and the score line indicates how close it was. James Rodriguez scored for Colombia first. It was a PK in the 33th minute, but Portugal late in the second half would tie the game by Balde in the 73rd minute.
The game would end in 1-1. Colombia’s next match was against the defending champions, Ivory Coast. On paper this looked like a much difficult opponent than Portugal. They had lost their opening match to Italy, and were looking at bouncing back with a win against a pretty much unknown Colombian side. The game was one of the best from Colombia in the tournament, they defeated the defending champions 4-1 with James Rodriguez scoring in the 7th minute from a PK, but producing an incredible performance. He looked unstoppable in his countries first two matches and other teams were starting to take notice. 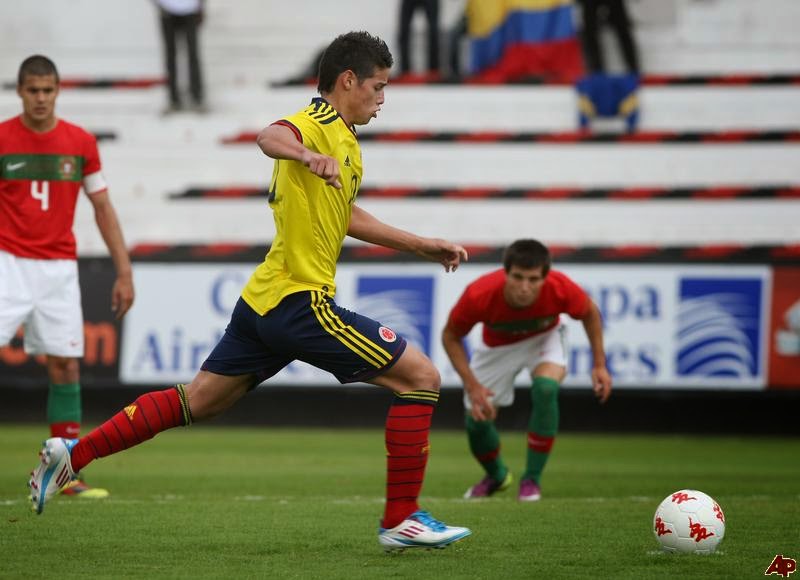 Last group match was against Italy. The game ended in a tie, in what perhaps was the more technical game of the group. Colombia found a lot of difficulties breaking through an extreme well organized defensive Italian side.

The group finished with Colombia, Italy and Portugal all tied on 5 points but Colombia advanced in first place on better goal average with Italy finishing second. This group standing saw a Colombia vs. Mexico and a France vs. Italy in the semifinals.

Colombia led by James Rodriguez dominated the match from start to finish. Colombia scored a goal at the end of the first half and another in the restart of the second half to get a 2 goal lead in the match. James was a headache for the Mexican defenders that never were able to control him throughout the match. Mexico would score a goal late in the second half but it wouldn’t be enough to change the winner of the match. Colombia won 2-1 and would be in the finals against France in what had the makings of a memorable final.

It was a very close final between these two evenly match countries. France, playing at home had the advantage of being in familiar grounds, but Colombia didn’t let that affect them. France scored first by Joseph-Monrose in the 50th minute, a goal that came in at a time where Colombia looked closer to being the team that would take the lead in the game. James Rodriguez was the most unsatisfied player on his team and the true leader and he took over the game. Zapata would end up being the goal scorer for Colombia in the 75th minute, a well deserve equalizer that had brought some justice to the result. The game would end tied 1-1 and the winner would be determined by penalty kicks.

Colombia would win in penalties 3-1 with James Rodriguez scoring the first one. Le Tallec, Pogba and Jarsale all missed for France while Franco was the only one that missed for Colombia.

Colombia had won the 2011 Toulon Tournament and James Rodriguez was voted the MVP of the tournament, perhaps foreshadowing what is happening at the 2014 World Cup in Brazil. 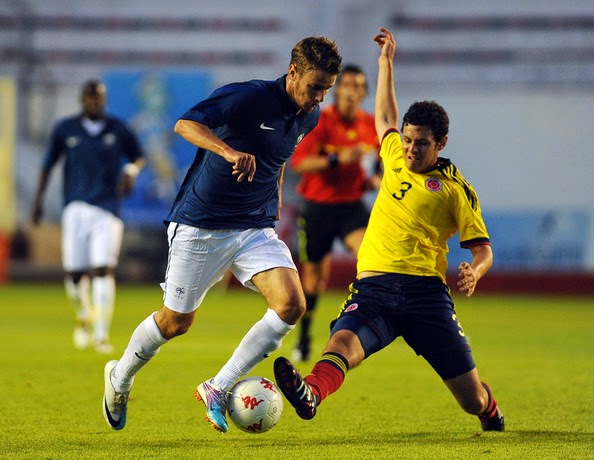