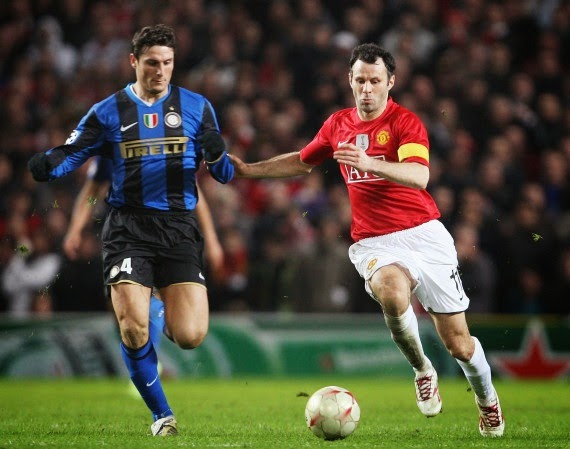 It's rare these days when players spend the entirety, or at least the bulk of their careers at one club. Players in the modern era change clubs more times than Jennifer Lopez swaps husbands, and yet like a rich socialite they're always batting their eyelids at the next suitor waving a pile of cash, who is also whispering sweet nothings about Champions League football.

Loyalty is a word that most players have no use for, but Giggs and Zanetti were no ordinary players. A chapter in football history closed in 2014 with the retirement of these two legends.

The former Welsh winger, Giggs, is the most decorated player in English football history. Spending his entire 24 year career at Old Trafford, Giggs amassed a record 13 League Titles to go along with his two Champions League wins and various domestic cups.

Zanetti, meanwhile, played 19 seasons for Italian giants Inter Milan after starting his career in Argentina. One of the few non-Italian captains in Serie A, Zanetti captained Internazionale from 1999 until the end of his career this past spring. The Argentine right back won 5 Serie A titles, and a Champions League crown in 2009/2010 as part of a historic treble. 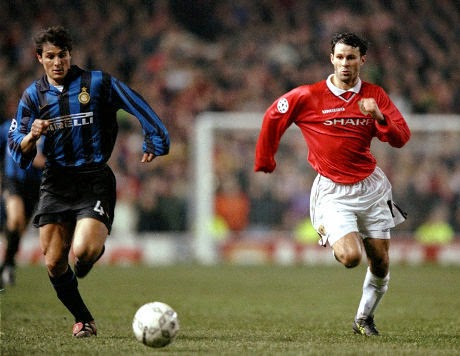 With Giggs moving into an assistant coaching role at United under Louis van Gaal and Zanetti being appointed as a Vice-President with Inter, the two took part in a Twitter exchange today and here are a few of the highlights:

RG: As you know, we both retired this summer. How difficult was your decision? I thought long and hard about it… #GiggsZanetti
— Manchester United (@ManUtd) July 11, 2014


JZ: I knew it would happen sooner or later. I was lucky to play until I was 40, so I have no regrets #GiggsZanetti pic.twitter.com/yNHQE7kDy4
— F.C. Internazionale (@Inter) July 11, 2014

RG: The reaction I’ve had from fans since I retired has been incredible. You must have had the same at Inter… #GiggsZanetti
— Manchester United (@ManUtd) July 11, 2014


JZ: The Inter fans showed me love throughout my career. I can't thank them enough for the support #GiggsZanetti
— F.C. Internazionale (@Inter) July 11, 2014


JZ: People always ask me for my best moment but it’s so hard to pick one. Have you got a favourite? #GiggsZanetti
— F.C. Internazionale (@Inter) July 11, 2014


RG: So many! But it has to be lifting the Champions League trophy in Barcelona, back in 1999. You? #GiggsZanetti pic.twitter.com/EWe6atwvlJ
— Manchester United (@ManUtd) July 11, 2014


JZ: It's hard for me to choose but, like you, it was when we won the Champions League in Madrid #GiggsZanetti pic.twitter.com/Mi5ERsW7qO
— F.C. Internazionale (@Inter) July 11, 2014


RG: If there’s one game you could relive what would it be? #GiggsZanetti
— Manchester United (@ManUtd) July 11, 2014