James Rodriguez: A Star From The Age of 12 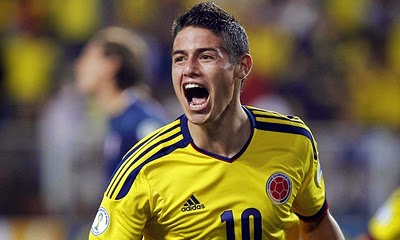 James Rodriguez has been a star since he was a boy.

James Rodriguez was one of the biggest stars of this year’s World Cup in Brazil; not only for the incredible goals he scored but also for the amazing plays he was able to do. He showed the world how talented he is and how incredible his future can be.

His talent has been around way before this World Cup and even before his time at Monaco or FC Porto. At the tender age of 12 he was already looked at as a star at his club, Academia Tolimense. He was their number 10, and when asked what he wanted to be as an adult he was clear, a football player.

He has used this World Cup to really put his name among the biggest stars of the game right now. He is mentioned among Neymar, Messi and Cristiano Ronaldo and I wouldn’t be surprised if in the near future we will see him win a Ballon d’Or, but for now enjoy the video below of a young James Rodriguez at the age of 12 already dazzling everyone with his brilliancy.