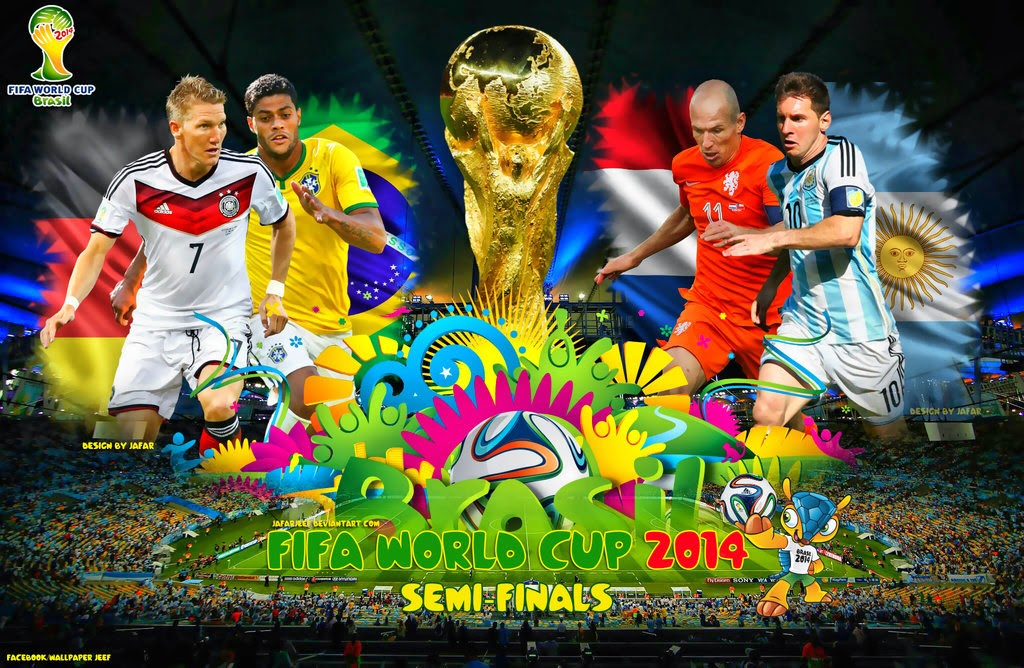 The semis are here, and we are not sure there could have been a more lethal combination of four teams playing it out for a spot in this year's World Cup Final. Will it be South America versus South America, Europe versus Europe, or maybe one of each in the finals?


Before we take up our guys' predictions, let's see how they did in the quarters.

KON: Two of four correct predictions for Kon in this one. Netherlands and Germany winning were his correct pick, and he was able to predict the 1-0 score-line in the German's match. [Match Outcome: 2/4, Correct Scores 1/4]

PEDRO: Pedro was only able to predict one match correctly, and surprisingly he even got the score right in the match which saw Argentina overcome the Swiss by a score of 1-0. [Match Outcome: 1/4, Correct Score: 1/4]

IAIN: Again the bragging rights go to Iain as he managed to correctly predict three of the four outcomes, with only the Colombians' loss standing in his way of a perfect prediction round. He also guessed the Argentina - Switzerland score correctly, so there' no doubt who the predictions winner is again this round. [Match Outcome: 3/4, Correct Scores: 1/4] 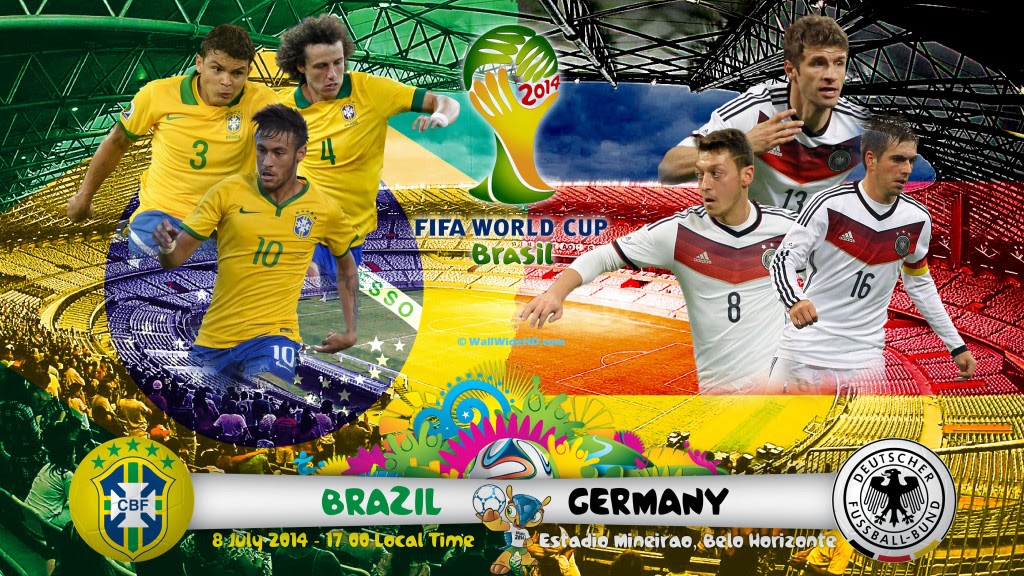 KON: For the very first time in this tournament, the Brazilians impressed me with their play against the Colombians, but Felipe Scolari's side has obvious problems with Neymar and Thiago Silva out of the lineup. The Germans did not look spectacular in their win against the French, but did play a solid match where the defense (for the most part) did their job pretty well. Karim Benzema was the only player on the pitch the Germans had trouble containing, and with the absence of Neymar I don't see any Brazilian player that can make that kind of difference. The German attacking on the other hand matches up pretty well against the Brazilian defense and I see them scoring more than once. [Final Score: Brazil 0-2 Germany]

PEDRO: Brazil will be missing Neymar and Thiago Silva. I expect Brazil to use Dante in Silva’s place and perhaps Ramires or Willian in place of injured Neymar. Neither of these substitutes will be able to give Scolari the same results but they will have to do. If this game was anywhere other than in Brazil I would give the edge to Germany, but at home Brazil is very hard to defeat and I don’t think the Germans have the tools they need to overcome the atmosphere around this match. Germany will be in full strength but their play over this tournament has not impressed me, and I think if Brazil can play 90 minutes equal to the first 45 they played against Colombia they will win.[Final Score: Brazil 2-1 Germany]

IAIN: Although Brazil, at times in the first half, played some of their best football in this tournament against Colombia in the Quarter Finals, they will desperately be missing Neymar and Thiago Silva in this one. Neymar has been virtually their only consistent creative outlet and without him I think they'll struggle to break down the Germans. Germany seemed to have corrected their fragility at the back and although it wasn't pleasing for the neutrals, they thoroughly dominated France in the last round. I think there's just too much quality and organization in this German side for the Brazilians to handle, and they won't be bullied like the Colombians were.  [Final Score: Brazil 1-2 Germany] 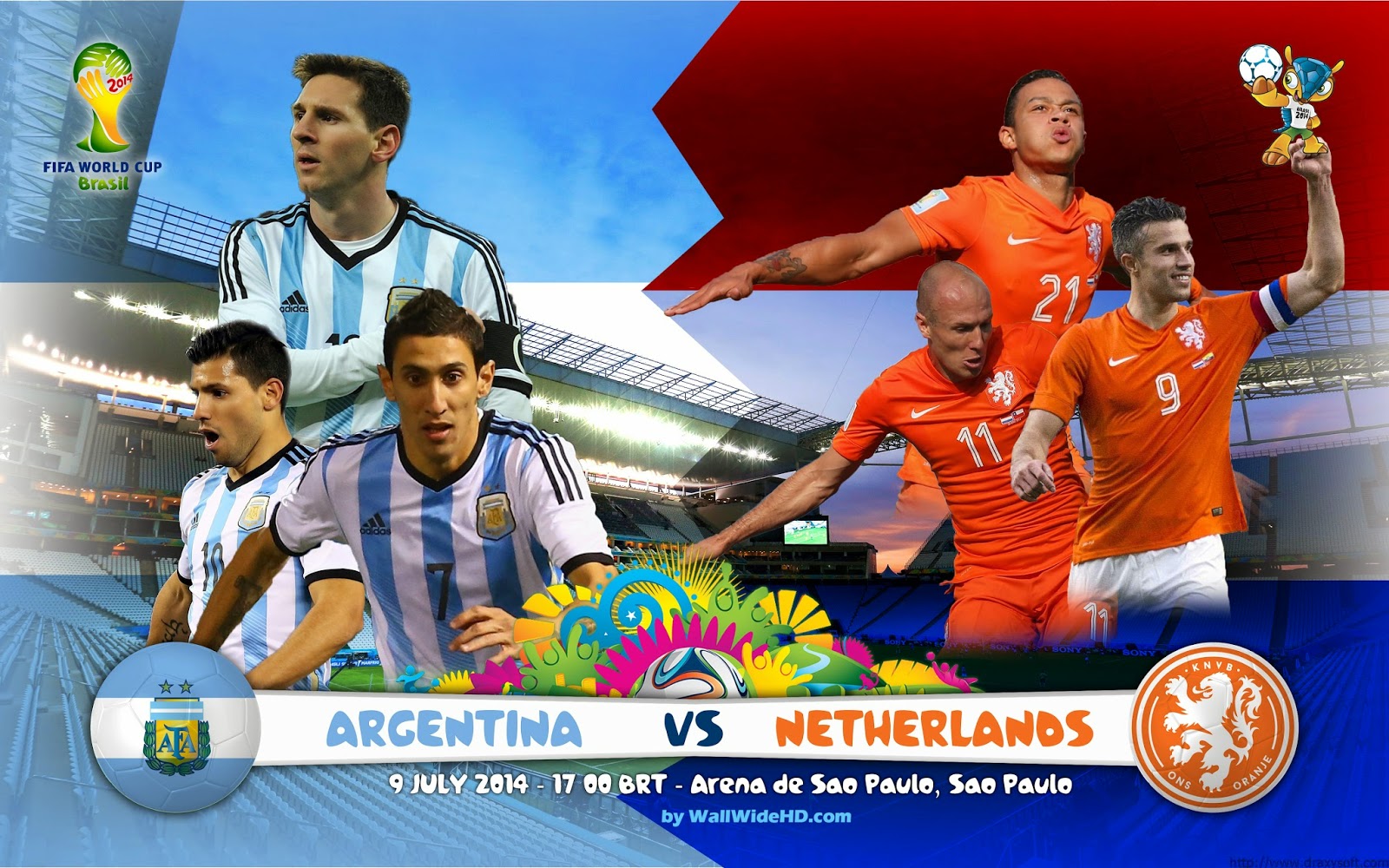 KON: Argentina's first test against a world-class team should probably be their last match in this tournament. Let's be honest here, Argentina has not played a single match against a worthy opponent, which of course may mean that they are fairly rested. But winning against Bosnia, Iran, Nigeria, Switzerland and Belgium is no road to glory for a World Cup champion, especially not when you manage to win each match by just one goal. The Dutch are coming off a scare against the Ticos from Costa Rica, but the fashion in which they managed to win the penalty shootouts should be a huge boost for van Gaal's boys. I believe the Netherlands will turn up the heat against Argentina the same way they did against the Chileans in the second half of their affair, and the Spanish all throughout that fixture. Wait a second, did I just guarantee a European title in South America? I believe I did! [Final Score: Netherlands 2-1 Argentina]

PEDRO: Argentina will miss Di Maria, but will respond with Enzo Perez. He is more a box to box player and not as much of a pure winger like Di Maria, but more than capable of filling in those shoes. Netherlands will play the same team that faced Costa Rica, and if that game and the Mexico game is any indication of what is happening to this team, they will struggle to score goals. Argentina has won every match by 1 goal, so you have two teams that don’t score a lot of goals but that also don’t allow many. In the end, Messi will be the difference in this game, giving Argentina a slight edge over Netherlands. [Final Score: Netherlands 0-1 Argentina]

IAIN:  After coming back from a late deficit against Mexico and surviving a penalty shootout against Costa Rica, the Netherlands should be in good spirits going into this one. That being said, they did struggle to break both sides down with any consistency and I believe that may be a problem against this Argentina side. The South Americans will definitely miss Di Maria, but with Gonzalo Higuain showing some great form in the last match and the mercurial talents of Messi, I think Argentina can just about edge this one.
[Final Score: Netherlands 0-1 Argentina]