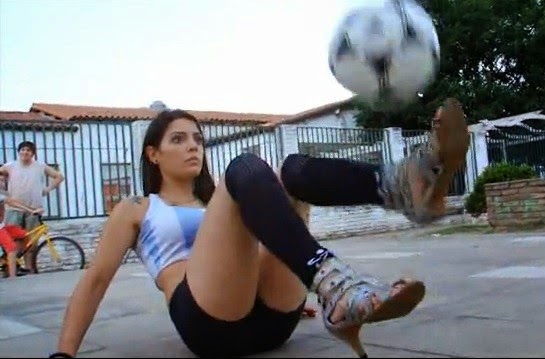 Argentinian model, Fiorella Castillo is a specialist in freestyle and she wants to take on Messi.


The 24 years old model has a dream of facing off against Messi in a freestyle battle. She has been spending her time at the famous Ipanema beach in Brazil. She claims that she had defeated over 800 men, that have taker her on, in a freestyle show.

She is hoping that the Argentinian star takes notice and gives her a chance at a 1v1 in freestyle. She believes that she would come out on top.

Check out the videos and tell us what do you think?