Does not having sex during a major tournament really help the performance of the players?

That is the question I asked myself before the World Cup kick started in Brazil, when I heard that most of the teams entering the tournament had a no sex policy for their players during the duration of the tournament.

I can understand the fact that you want the players to conserve their testosterone, having more rather than less can give the players a boost of energy and improve their endurance. These are all facts that we know and understand, but the mental state of an athlete going into a tournament knowing that he can’t have sex must be a burden to carry. Perhaps the player would not even want to have sex or have time to do it, but knowing he can’t do it, may weight negatively in their mind. I know it would on me. Not even a little self-pleasure is allowed during the tournament? These guys are in Rio not in the moon; this task is probably harder than playing in Manaus at 1pm in the afternoon.

Not all teams were open about this policy, but the current four teams that made it to the semis didn’t follow this no sex policy and were open about it. So it is very interesting that four countries that allowed their players to have sexual acts made it to the semifinal. I am not saying they only made it because they had sex during the tournament, what I am saying is that not partaking in sexual endeavors during the tournament did not benefit those other teams either. 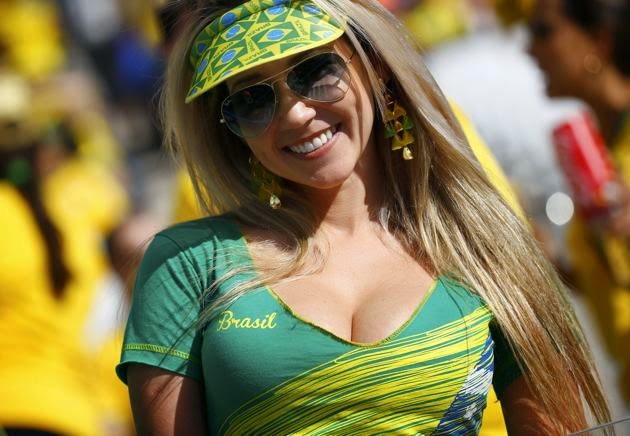 I for one am all about letting the players do what they always do. If it isn’t broke don’t fix it. They are professionals and should know that excesses during the tournament will have negative impacts, but on a day off or in-between matches a bit of indulgence never hurt anyone, just ask Brazil, Argentina, Germany and Netherlands.

It actually surprises me that Germany didn't follow the no sex rule, considering how strict they are and how rigid they come across. I guess even the Germans enjoy a bit of pleasures of the skin. Netherlands, they couldn't keep that bunch away from skirts, parties and booze not even if they tied them to their beds. The tournament hadn't even started and a bunch of them were already breaking curfew and going clubbing. The Dutch love to party, got to give them that. Brazil and Argentina are South Americans; Latin people have hot blood, can stop a force of nature, and so why not embrace it.

In the end if you are going to lose and go home early at least let your players enjoy everything life has to offer, more so when you are in the sexual country of Brazil. Everything in moderation is ok for you, I would say.
SHARE SHARE SHARE