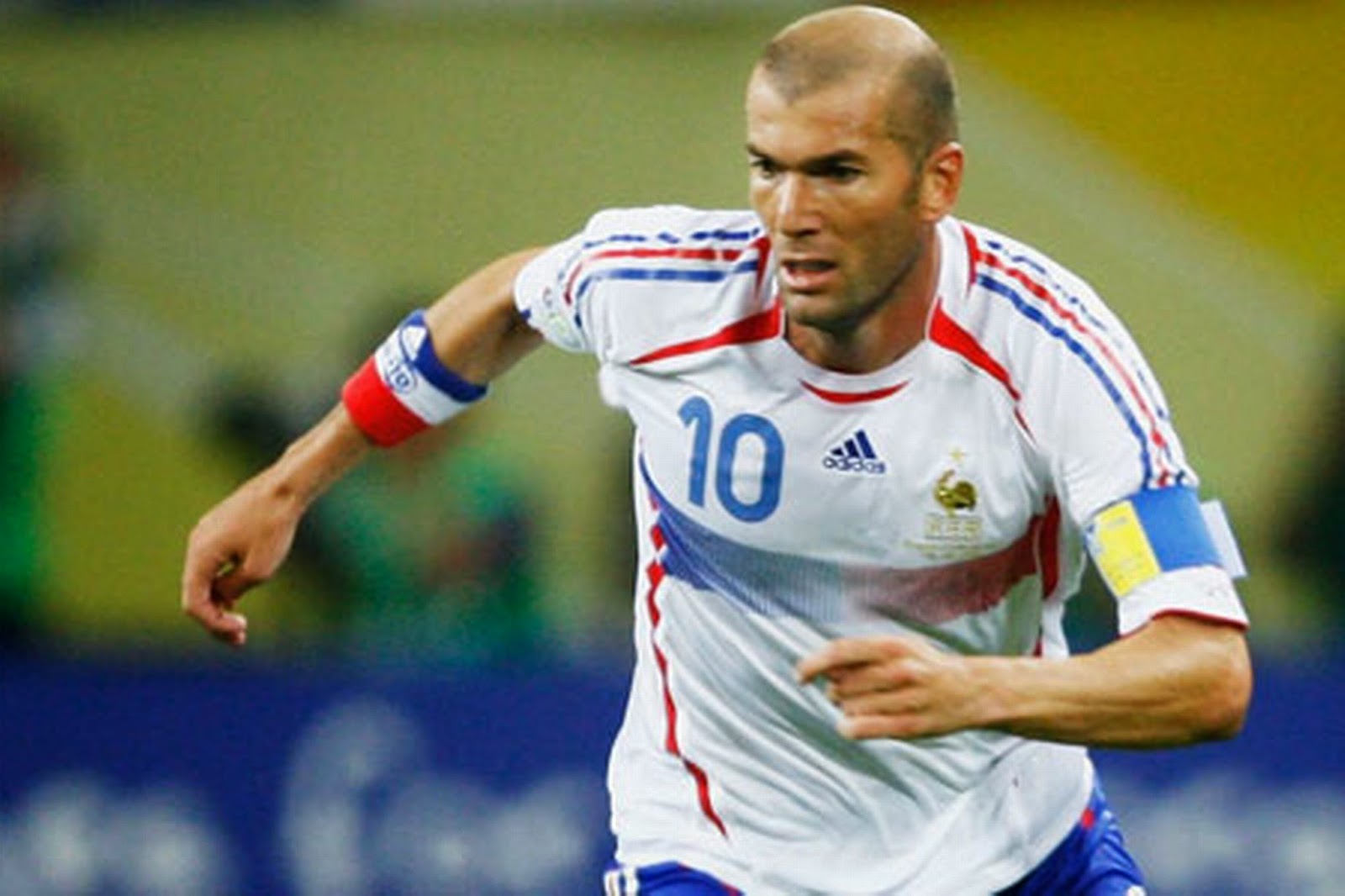 One of the greatest players of his generation, Zinedine Zidane is today's World Cup Hero.

Despite a glittering career at club level for sides such as Juventus and Real Madrid, the player nicknamed "Zizou" is best known for his two very different contributions to France's two World Cup Final appearances.

Making his debut for France in 1994, Zidane took on the role of playmaker in Aime Jacquet's side after Eric Cantona was suspended for a year for attacking a spectator and subsequently never returning to the French National Team. Coming under intense criticism from the French press for this and other decisions, Jacquet's faith in Zidane was to pay off in some style. 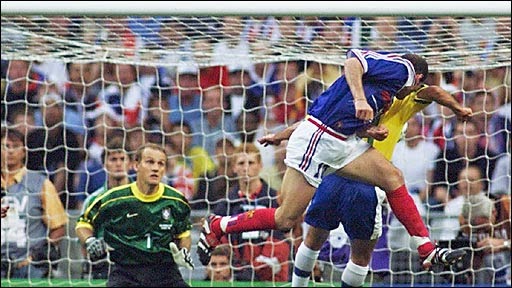 The 1998 World Cup in France saw Les Bleus win their three group matches, but Zidane was sent off for a stamp on a Saudi Arabian player in their second match and landed himself with a two match suspension.

Without their creative talisman, France eased past Paraguay in the Round of 16 to setup a Quarter Final match against Italy. With Zidane back in the side, a tense 0-0 was won by France 4-3 via a penalty shootout.

A Semi Final matchup against the surprise package of the tournament, Croatia, saw a 2-1 win and a berth in the World Cup Final in Paris.

Although Zidane had been at his creative best after returning from his suspension, he had yet to score a goal in the tournament. He would correct that in stunning fashion in the Final, with two headed goals leading France to an eventual 3-0 win over the favourites, Brazil on a stunning night at the Stade France.

Four years later in Japan and South Korea, an injury to Zidane before the tournament and an aging back line saw the French disappointingly crash out in the first round. Before the next tournament in Germany 2006, Zizou had briefly retired from the International side and had called time on his club career at the end of the 2005/2006 season.

Returning to the National Team for one last time, the now 34 year old playmaker and a French side in transition were not expected to make much headway in Germany. After scrapping through the first round, France upset Spain in the Round of 16 with a goal from Zidane and an assist for Patrick Vieira. Zidane then setup Thierry Henry for the lone goal against heavily favoured Brazil in the Quarter Final. The Semi Final against Portugal was won by a Zidane penalty, giving him a chance to win the World Cup in his last match as a professional player.

After opening the scoring for Les Bleus, Zidane first saw Marco Materazzi equalize with a header and then in response to Materazzi's taunts in extra time, Zidane buried his own head into Materazzi's chest. The final act of Zidane's great career saw him sent off in disgrace, as his side then went on to lose in penalty kicks. It was a shocking end to a fantastic career, but it doesn't diminish what Zidane contributed to the Football world and the World Cup in particular. 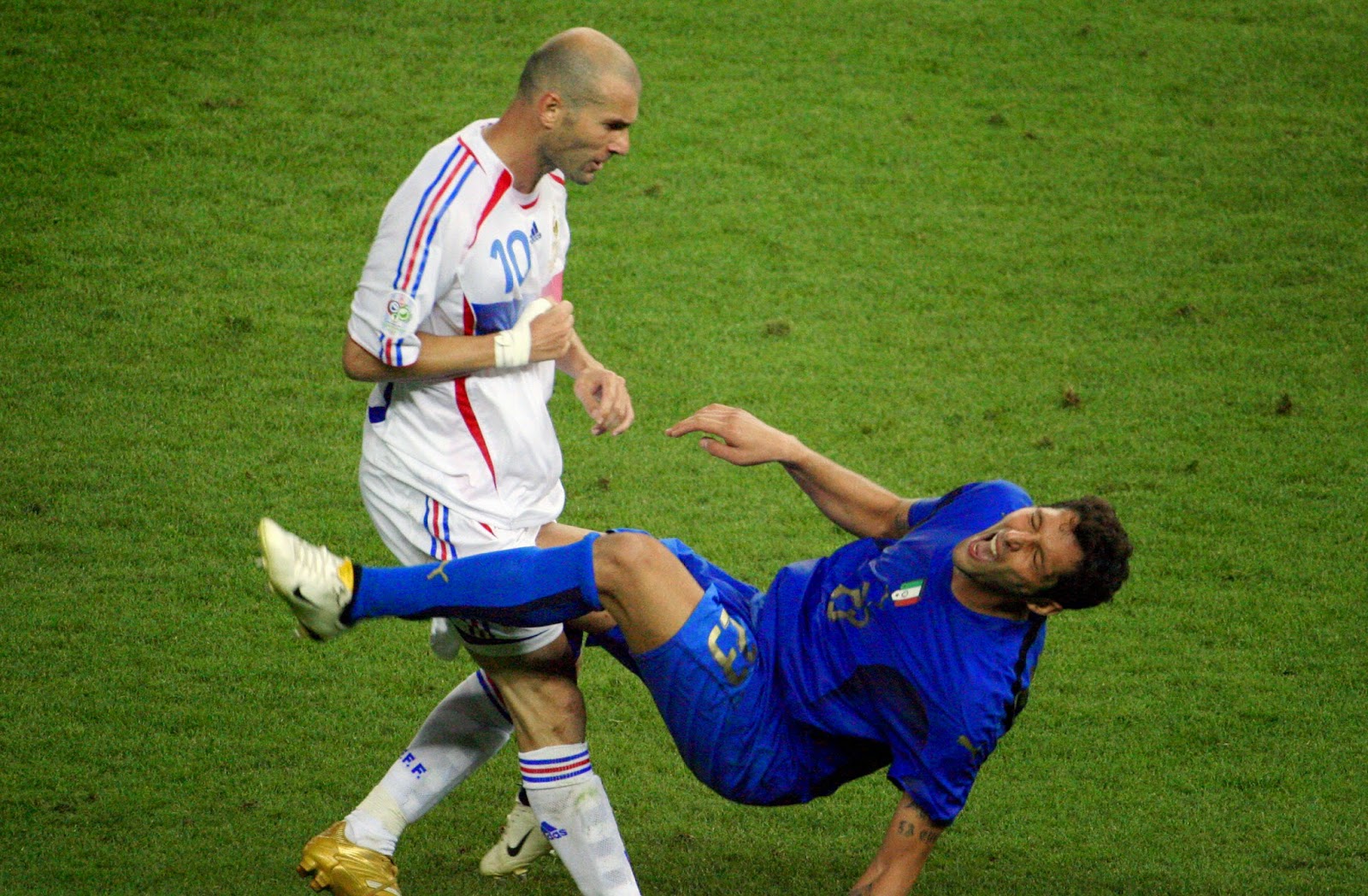