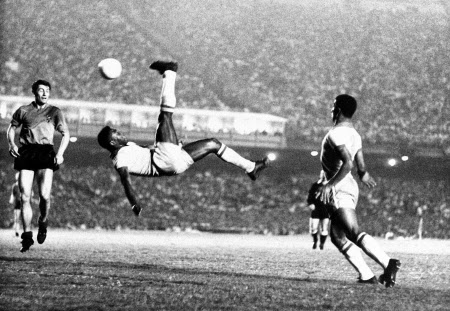 Regarded by many as the greatest footballer of all time, Pelé will be the last player profiled in our daily series World Cup Heroes.

He has won everything that a player can ever dream of winning, and he did it with class and finesse that is not at the reach of many. In 1999 he was voted World Player of the Century by the International Federation of Football History and Statistics. Also in 1999, France Football, did a survey of former Ballon d'Or winners to elect the Football Player of the Century and Pelé came in first place in the voting.


Pelé made his professional debut with Santos one month before he turned 16 and ten months later he played for Brazil against Argentina. He would miss the first two games for Brazil at the 1958 World Cup, making his debut against Russia. He would score his first ever World Cup goal in a 1-0 quarter final victory against Wales. He would then score a hat-trick in the semi-final against France and two more goals in the final against hosts Sweden. At the age of 17, Pelé is the youngest player to ever win a World Cup. 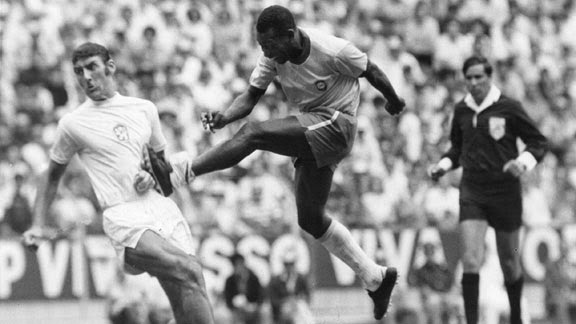 Pele wasn't 100% at the 1966 World Cup in England and Brazil was eliminated early in the first round.

1970 so one of Brazil's best teams ever assemble and with a healthy Pelé, sky was the limit. He had Rivelino, Carlos Alberto and Jairzinho among others, and he would score 4 goals in the tournament, including the opening goal in the final against Italy. He had just won his third World Cup.

In 92 caps for Brazil, Pelé scored 77 goals. Considering what a great goal scorer he was it is strange that he never lead the scoring list at any of the four World Cups he played in. He scored 12 goals in total, during his four World Cup appearances. He does hold one incredible record, he is the only player to have won three World Cups. 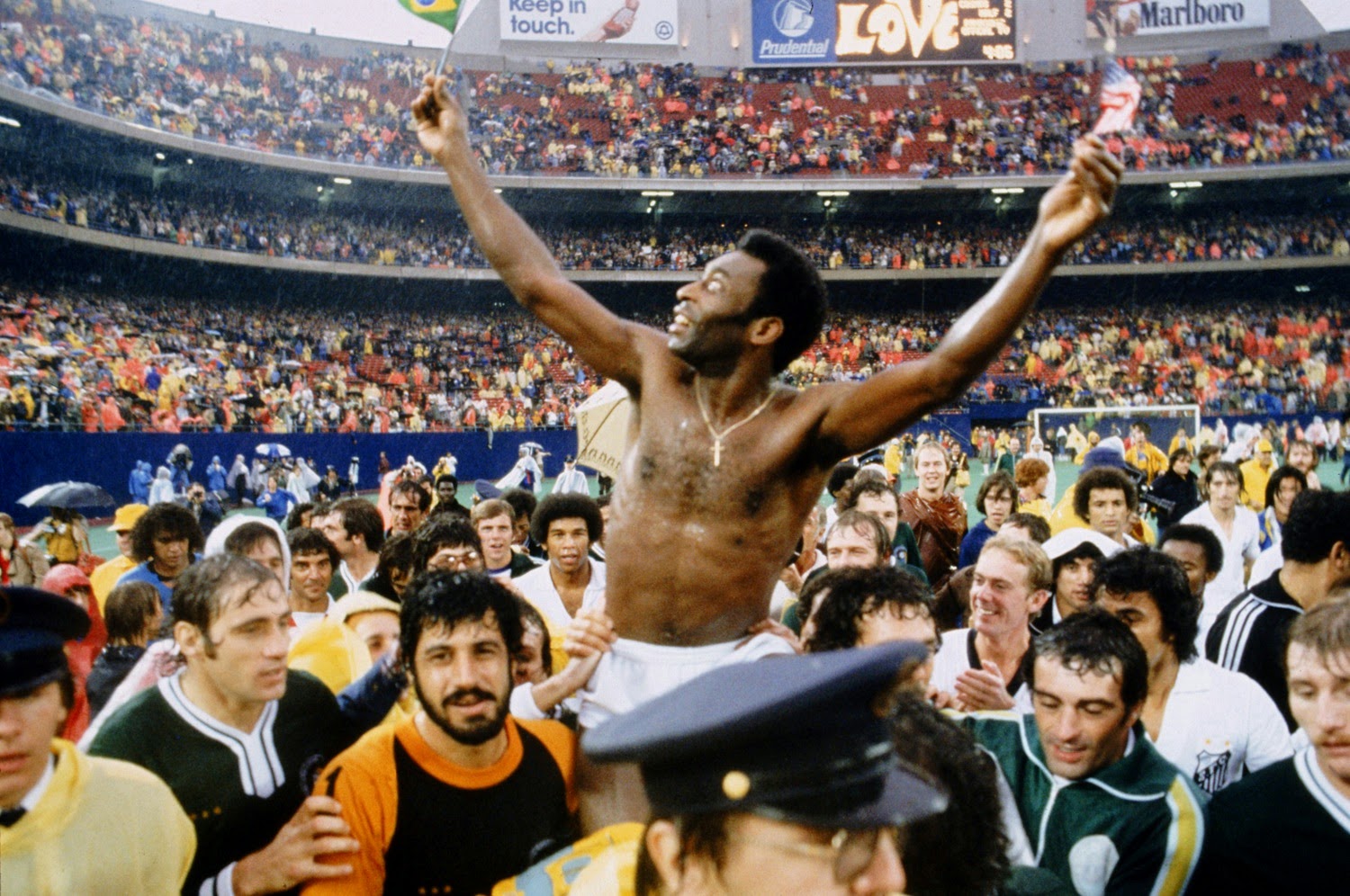