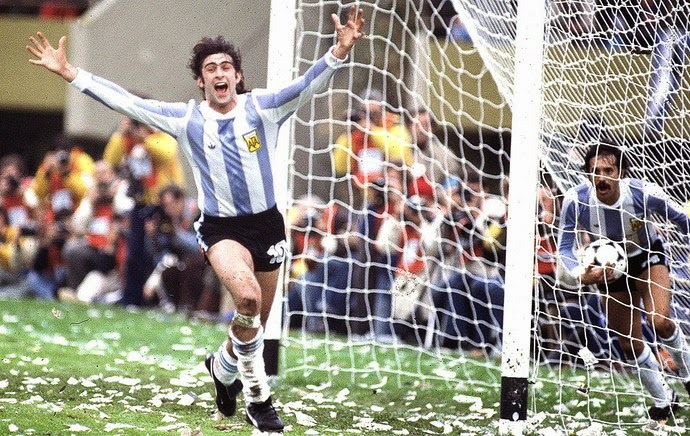 His playing career lasted over 25 years and in that time period he represented Argentina at three World Cups, from 1974 to 1982. He had 43 caps for Argentina and scored 20 goals. In 2004 he was named Top 125 Greatest Living Footballers, which is a recognition to the great career he had.

In 1978, Argentina was placed in group 1 with Italy, France and Hungary. It was going to be a very difficult group with three clear favorites fighting for two spots.
Argentina won the first two games by the exact same score of 2-1. First one against Hungary and the second match against France. Kempes went both matches without scoring a goal. For a goalscorer of his quality going two games without a goal was not very common. The last group stage game was against Italy and once again Kempes was kept from scoring by a very tight Italian defense. Italy would win 1-0 and take top spot in the group with Argentina finishing second and advancing to the next round.
After three group stage games Kempes was still looking for his first goal, and it didn't look like this was going to be his tournament.

In the 2nd round, Argentina was placed in group B with rivals Brazil, Poland and Peru. The first game was against Poland, and finally Kempes broke out of his slump with 2 goals in the 16th and 72nd minute to give Argentina a 2-0 win. 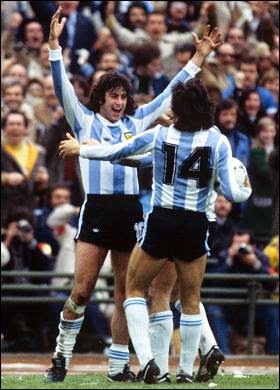 His World Cup was now getting started and with Kempes firing on all cylinders there was no telling on how far Argentina could go.

Second game was against the rivals and heavy favorites Brazil. The game ended in a 0-0 draw and left the door open for Argentina with a relative easy match up against Peru in the final game.
The game was indeed easy as expected and Kempes took advantage of the weaker opponent and scored 2 goals of the 6 scored by Argentina in a 6-0 victory.
Brazil and Argentina finished tied with 5 points, but the 6-0 victory over Peru gave Argentina a better goal average and provided them with a ticket to the final where they would face the Netherlands.

Kempes scored in the 37th minute to give Argentina the lead in the game, but a late equalizer by Nanninga in the 82nd minute. 90 minutes wasn't enough to have a winner so extra time was needed to decide the match, and who else but Kempes to provide the goals and glory for Argentina. 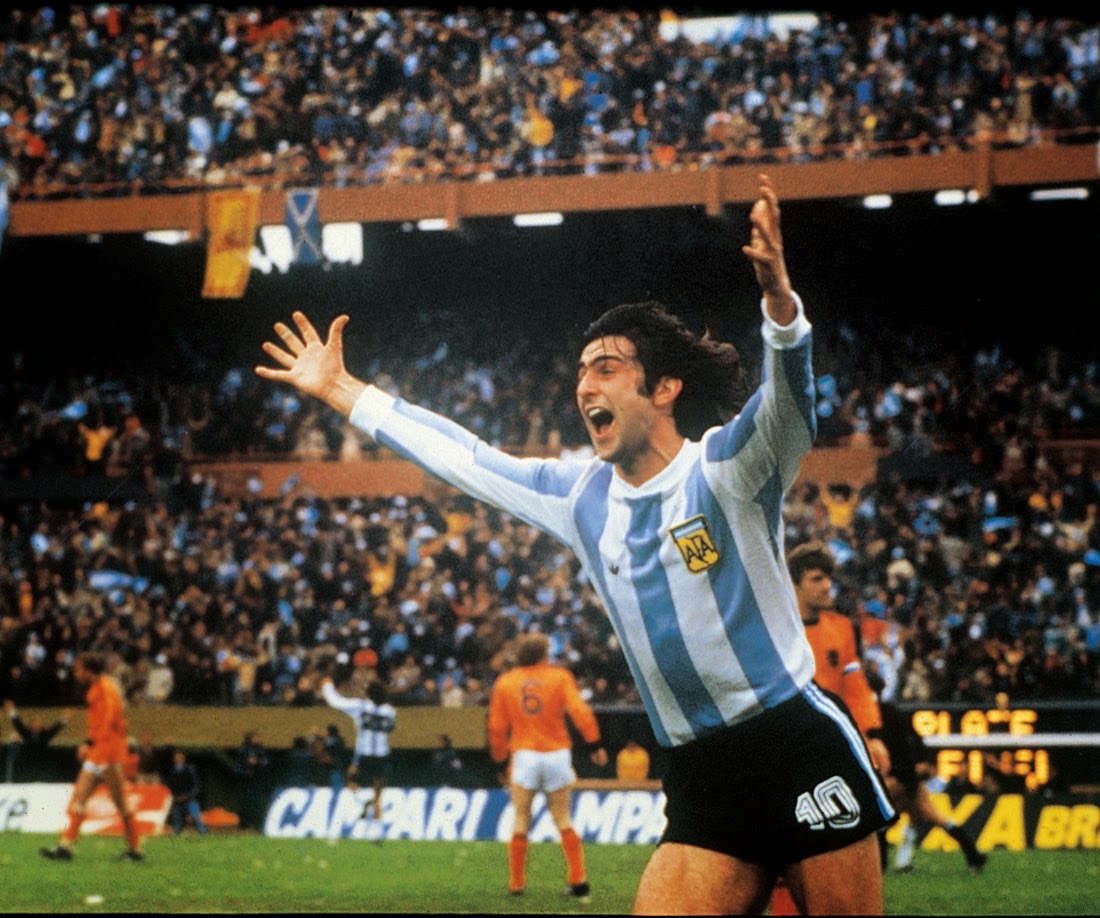 Kempes scored the winning goal in the 104th minute to give Argentina a 2-1 lead. Bertoni scored in the 115th minute to set the final score in 3-1 for Argentina. Kempes and Argentina had won the World Cup on home soil.

Kempes won the Golden Ball as tournament MVP, World Cup Golden Boot for leading scorer with 6 goals and also the World Cup trophy, this makes him one of three players to ever win all three in the same tournament. Paolo Rossi and Garrincha are the other two. This is an incredible achievement and another reason why he is a World Cup Hero.