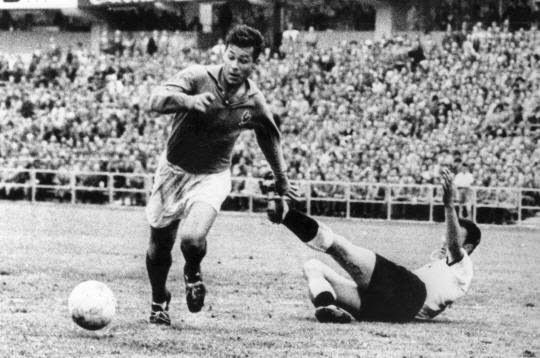 In the 1958 World Cup in Sweden, french footballer, Just Fontaine set a record that has stood the tests of time. He scored a record of 13 goals in a single World Cup.

Just Fontaine was born in Marrakesh, Marocco in 1933. He began his club career with Nice, and won the league and Cup Winners Cup before making his national team debut in 1956 against Hungary.

He was not a regular with the French national team leading up to the World Cup in Sweden. Due to an injury to Rene Biliard, he was called up to the team. He was partnered up with Raymond Kopa, and the two players formed one of the deadliest strike duos in footballing history. Fontaine would go on to score in every single game of that years tournament. 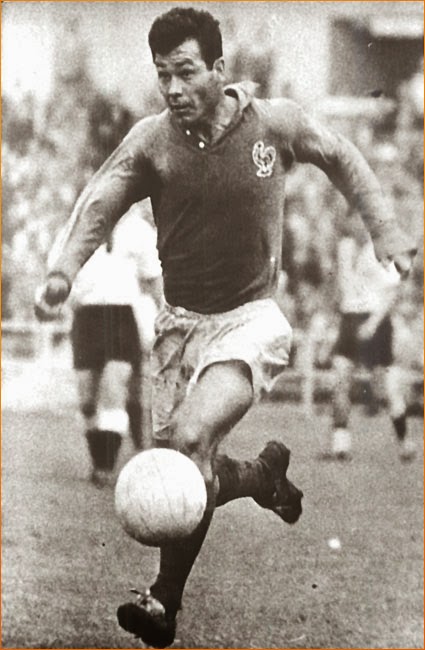 Scoring 13 goals in 6 matches at a World Cup is impressive but when you take in consideration that not only he scored in every single match he also scored four goals against defending champions West Germany. Those 4 goals against West Germany came in the third place match, that France won 6-3.
The 13 goals was more than enough to win him the Golden Boot of the tournament, and currently he sits fourth in the all time World Cup scoring list.

He finished his international career with France with 30 goals scored in 21 caps.

His professional career was cut short at the age of 28, with a recurring leg injury. He played his last professional match in July of 1962.

While he had a very short career he has managed to hold one of the greatest records in World Cup history, and for that he is a World Cup Hero. 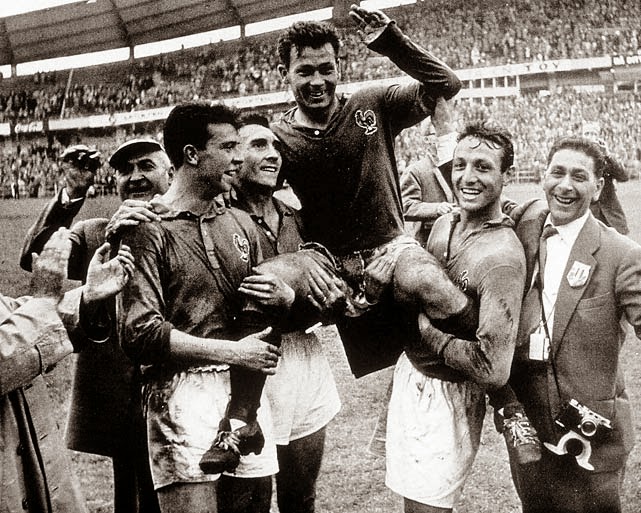