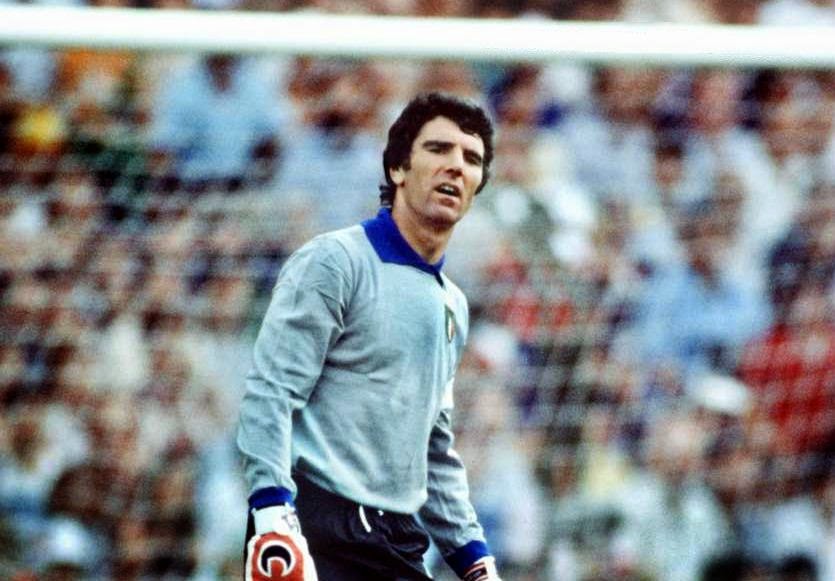 Dino Zoff is one of the world's greatest goalkeepers and without a doubt a true World Cup Hero.

He has set several records and has received several honors. He is the oldest player to win a World Cup, he did it in 1982 in Spain at the age of 40. He was voted by the IFFHS the 3rd greatest goalkeeper of all time, behind Lev Yashin and Gordon Banks. He also holds the record for most consecutive minutes without allowing a goal in international play, that streak lasted 1142 minutes and it was set between 1972 & 1974. He was capped by Italy 112 times, making him the 4th most capped Italian player of all time.

In 1974 he played in his first World Cup and it wasn't a memorable one, he had an impressive run of no goals allowed leading into the tournament but Italy would not make it pass the group stages, defeating Haiti, followed by tie with Argentina and losing to Poland. 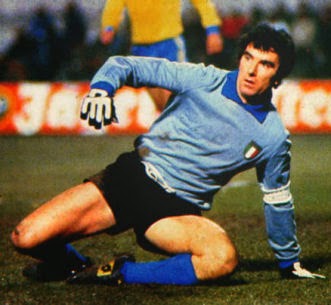 His second World Cup was in 1978, and Italy was one of the heavy favorites going in to the tournament. Zoff and Italy started the tournament well winning all three group stage games including the hosts and eventual winners, Argentina. In the second round playing a decisive match against Netherlands, Zoff was unable to stop Arie Haan's 40 yard shot and Italy was out of the final. They would also lose the third place match to Brazil by the scoreline of 2-1 after having the lead.

Zoff had his final chance at glory in the 1982 World Cup in Spain. Italy had a very slow start, with ties in all three group stage games against Poland, Cameroon and Peru. They managed to score 2 goals and allow 2.
They would go on as the second place team in their group, and manage to defeat Argentina, Brazil, Poland and West Germany in a row and win the 1982 World Cup. For Zoff this was his moment of glory. To captain his country to a title is something incredible but to do it at the age of 40 is truly impressive.

Zoff was not just any keeper, he was now a World Cup Hero. 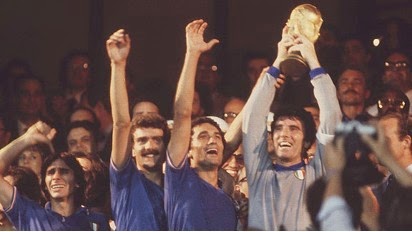