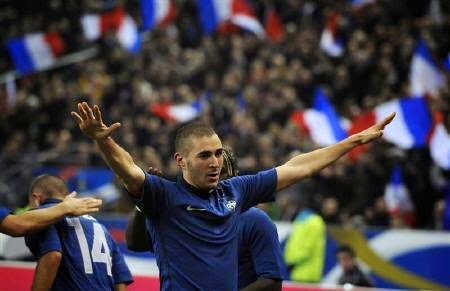 Our picks of the best matches you could have seen over the past weekend.

An exciting 7 goal affair between World Cup participant Japan and African squad Zambia in a warm-up match for the upcoming tournament. Japan did not look ready for the "big show", being exposed by the Zambians on set-pieces and constantly managing to find lots of space outside of Samurai Blue's box. The Japanese came out on top, but will definitely use this match to fix some last minute kinks before their World Cup opener against much stronger African opposition in the form of Ivory Coast on June 14.

It seems that the Canadian MLS club always finds a way to make it onto this list. This week was no different, with another nail-biter in their match against Philadelphia. In this one, the Whitecaps managed to take a 2-0 lead into the half, but 3 unanswered goals from the Union turned the game upside-down. Vancouver would not let the club from Philadelphia enjoy the come-back for too long though, tying the game up at 3-3 with less than 10 minutes remaining in the match.

South Korea did nothing in their last warm-up match to change the minds of the skeptics about their likely early exit from the upcoming World Cup. Defensively they were outmatched by the quick attacking football of the Africans and paid for it with 4 goals against. The Korean attack was also out of sync, not able to score a single goal.

We don't feature low scoring affairs on this list unless the football was quite good, and in this one it sure was. A fluid "up and down" fixture that saw good scoring chances for both sides. Portugal's Dani Alves managed to score the only goal of the match in the 90+3 minute of the added time frame.

Like a fish out of water, or peerhaps a Jamaican in a bobsled, the Reggae Boys managed to look out of place even on the football pitch. The French scored at will in a 8-0 rout that produced some nice finishing from Benzema (2), Cabaye, Matuidi (2), Giroud and Griezmann (2). The French seem ready for the big tournament.