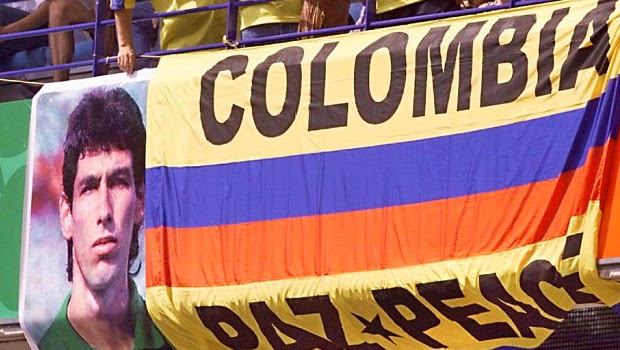 The dream to play in a World Cup tournament runs deep in all football fans, young and old. Andrés Escobar realized this dream with his national squad Colombia by qualifying and taking part in the 1990 World Cup in Italy. It was the 1994 World Cup however, that would make Andrés Escobar a famous figure not just in his native Colombia, but all around the world. Unfortunately, the fame would not come as a result of his skills on the field, but rather because of one crucial mistake on the pitch and a tragic death that followed two weeks later, marking this year the 20th anniversary of his death. 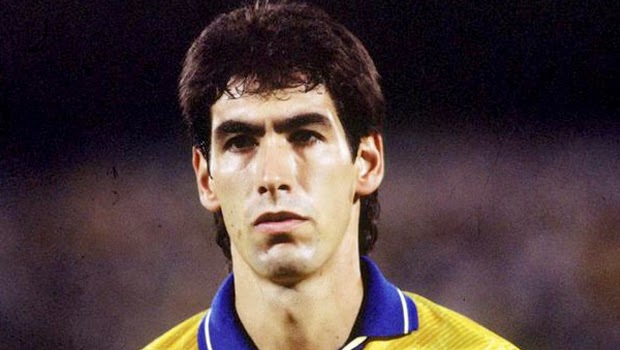 The 1994 World Cup didn't start as smoothly for the Colombian side as they hoped. They lost their opening match in Pasadena, California with a score of 3-1 to Romania. With a team consisting of footballers such as Hagi, Dumitrescu and goalkeeper Stelea in their squad however, the Romanians were seen as very strong opposition and the loss was not a huge shock to the Colombians. Their second group match however, would prove to be the one that changes the story of Andrés Escobar for ever. Playing against the (mediocre at best) host nation USA, With Freddy Rincón, Faustino Asprilla and captain Carlos Valderrama in the Colombian line-up, the South Americans were heavy favorites to come out with all 2 points (only 2 points were awarded in 1994 for a win). Colombia started well with many of the initial chances going in the direction of Tony Meola, the American goalkeeper. But in the 35th minute Escobar was involved in “the” incident. A Colombian giveaway in the middle of the pitch was spread wide towards American midfielder John Harkes. Harkes controlled the ball well and after a few touches forward crossed the ball into the Colombian box towards striker Earnie Stewart. But before the ball was able to get to Stewart, Andrés Escobar slid towards it to intercept the pass, but his touch was heavy and while his teammate goalkeeper Óscar Córdoba was moving to his left the ball went into the wide-open net recording arguably the most famous own-goal ever scored. Colombia would go on to lose the match 2-1, and would be guaranteed elimination from the tournament before playing their final group match.

In their final group match on June 26, 1994, Colombia defeated Switzerland in fairly comfortable fashion by a final score of 2-0. But the previous loss to the United States meant that Colombia would finish fourth in their group, 1 point behind the Americans who would qualify to the round of 16 at the expense of the South Americans.

The Colombians would return to their home country disappointed, but the shock of World Cup elimination would not surpass that of the events of July 2, 1994. Escobar, now back in his hometown Medellin, called a friend to join him on a night out at a local bar in El Poblado, the wealthiest district of the major Colombian city. After the bar they decided to go to a nightclub called El Indio and at some point Escobar’s friend left. Escobar exited the club by himself and entered his car around 3am, when three men approached him and they started arguing. It is believed that one of the men screamed the words “gol”, imitating the sound of a football commentator, at which point he took out a gun and shot Escobar 6 times. Andrés Escobar was pronounced dead in the hospital about 45 minutes later. 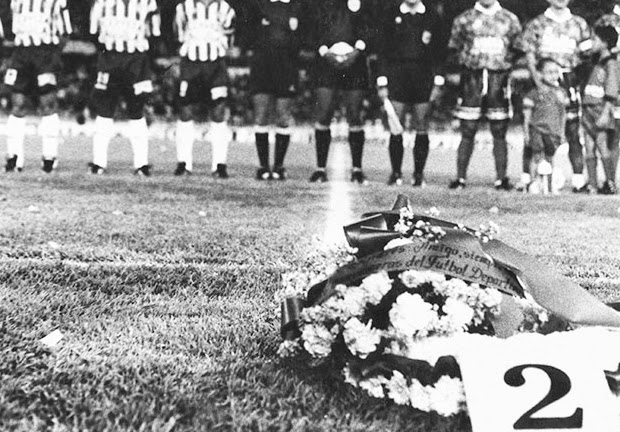 It was (and in some circles still is) widely believed that Escobar was assassinated as a result of his own-goal in the United States just 6 days earlier. Humberto Castro Muñoz who confessed to Escobar’s murder the same day after being caught, was a bodyguard for members of a drug cartel in Colombia. It is believed that the loss to the United States and Colombia’s inability to qualify to the next stage of the World Cup resulted in big betting losses for some very “powerful” individuals, who in turn blamed their misfortunes on an athletic mistake of a 27 year old defender. A mistake that cost him his life.

Escobar’s killer, Humberto Castro Muñoz was sentenced to 43 years in prison in 1995 (to be released in 2038), but after a few reductions in his sentence the killer has been free from prison since 2005, serving just under 11 years.
SHARE SHARE SHARE