Home » football , football fans , soccer , support , World Cup » Things Women Can Do To Support Their Man During The World Cup

I recently stumbled upon a blog called Living the Lai, and in it found an article titled 4 Things Women Can Do To Impress A Guy During The World Cup. I guess the title is self-explanatory, but while it is a good concept, I did disagree with a few of the things in the piece and decided to “piggy-back” on the author’s (Christopher Lai) suggestions with my own ideas of what girlfriends, wives or any other females that will be watching the matches while knowing little or nothing about football, should or shouldn't do. Believe me, I’m not trying to be sexist. I am a “fanatic” football supporter for both club and country and have been with my wife for 12 years now, she will be the first person to tell you that all of the suggestions below will really help you out in your relationship with a true football supporter. If you would like to read Christopher’s article Click Here

The biggest thing you must understand is that if your boyfriend or husband watches football only during a major tournament like a World Cup or a European Championship that means one of two things: A) he only likes the hype of a major tournament, in which case you just need to know what team(s) he supports and that’s all. If you do too much research about his team, the history of the World Cup and other tournaments and learn every player’s name you will probably make your guy look stupid because chances are he has no clue about any of those things! There’s also option B) your man is from, or is of the background of one of the countries participating. In the case that you guys are from different backgrounds, please don’t make the ultimate mistake; please don’t change your own background to fit his. You can certainly cheer his country on and enjoy their success (if they achieve any), but please please please do not do the following 2 things: 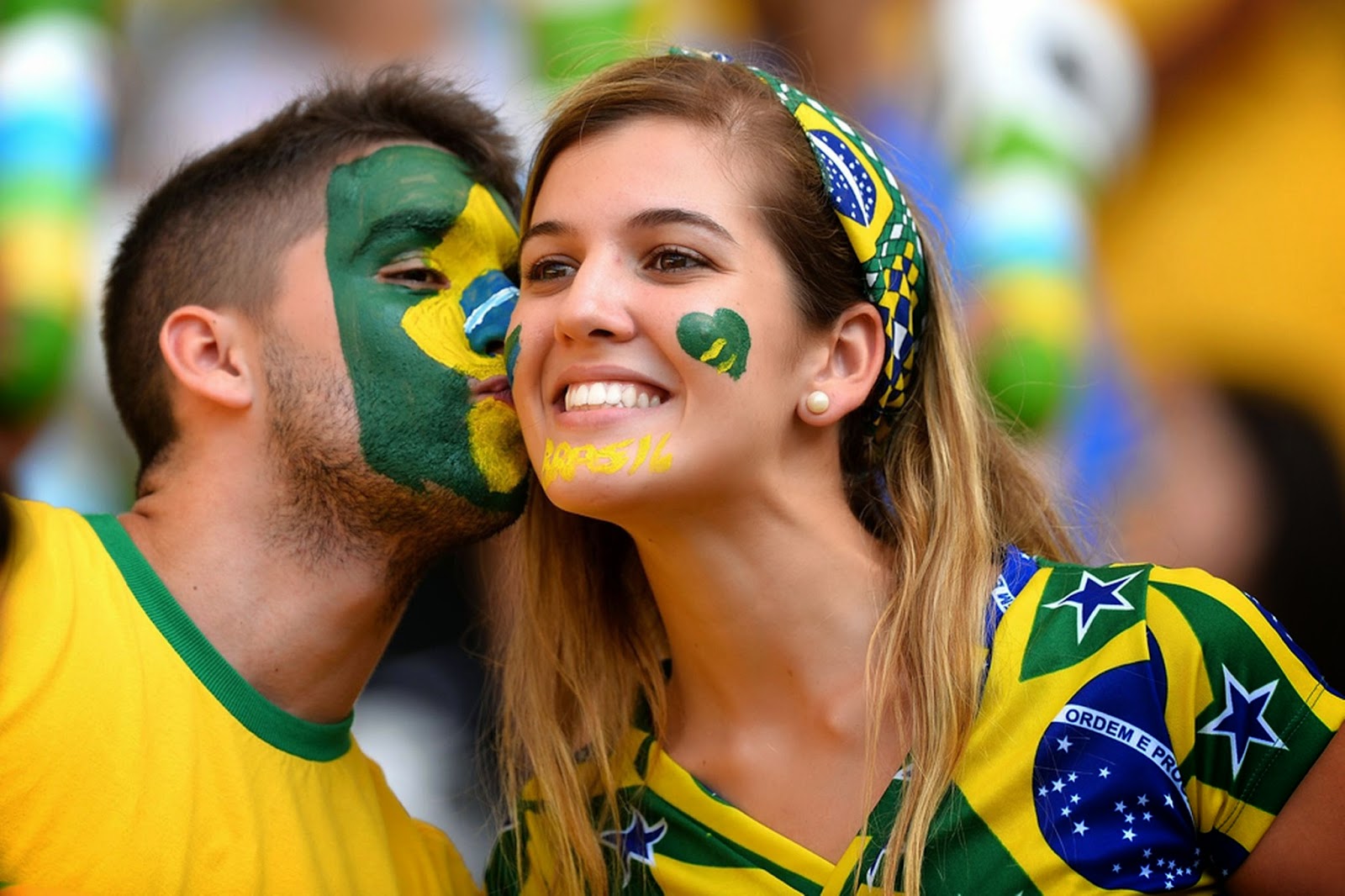 If you just started dating a football guy don’t go over the top with finding out everything there is to know about his team. Knowing too much too soon can seem a bit creepy, especially if it is clear that you don’t have much football knowledge but know every detail about his favorite team. You can show some interest, but we don’t expect you know every little thing. 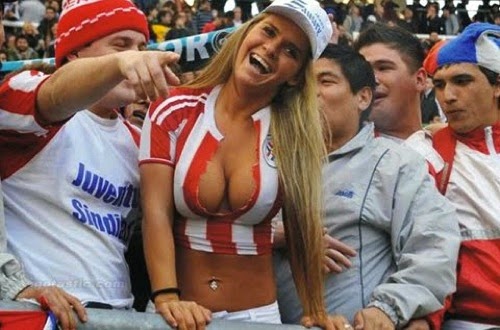 Dressing for the occasion?

We do like to see our “better halves” wear our team’s gear. Yes, it’s sexy and shows immediately that we have your support. But what makes it even more special is if you put our team’s jersey on during random occasions as well, not just when they play. There’s no better feeling than going shopping with your girlfriend or wife while she wears your favorite team’s jersey. I cannot tell you whether you should wear “booty-shorts” or “skinny jeans”, that’ll always depend on the kind of man you’re with. That said, major tournaments are usually a pretty good invitation for ladies to dress a bit “sexier” than they usually would.

If you're going to watch the match with your guy (especially in public) here are some key things to keep in mind: 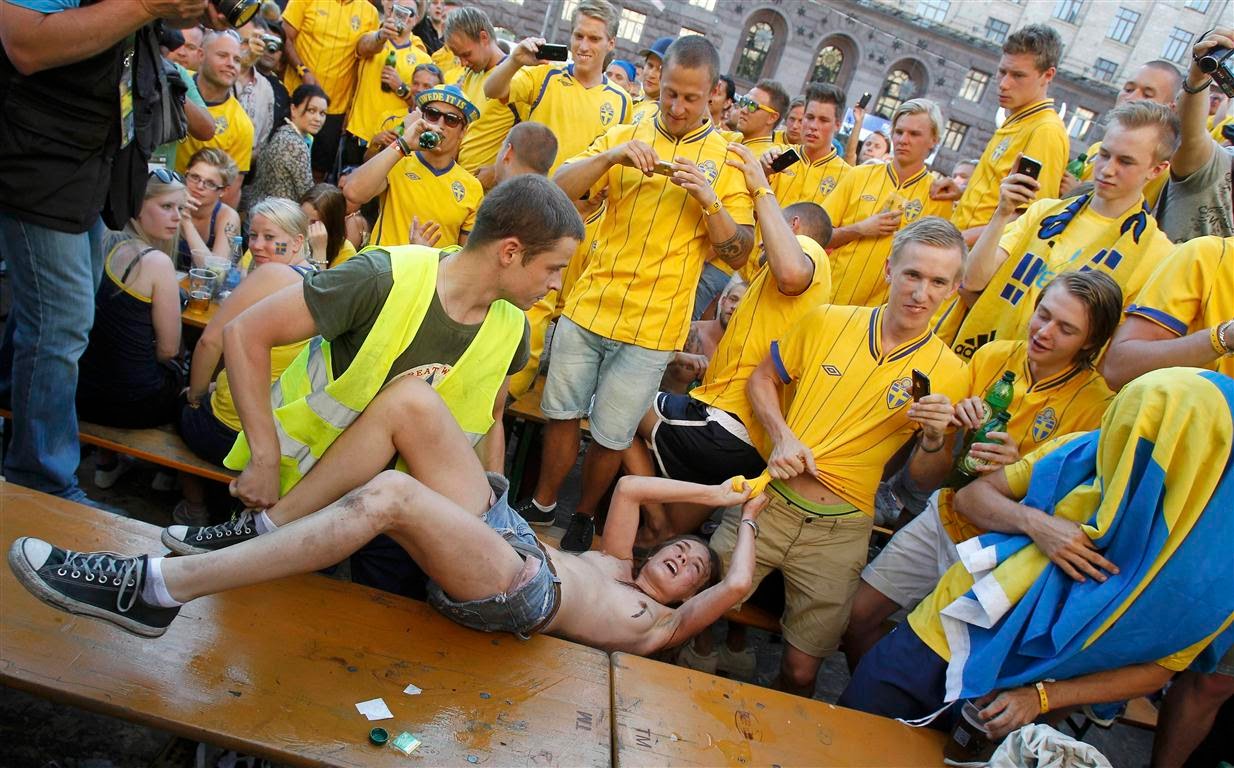 When your man’s team wins, embrace the occasion and celebrate with him, but don’t go over the top. If you’re at the pub or meeting with friends it’s your guy’s chance to “stick-it” to others and talk about the great victory that was. Don’t take the spotlight away from him because that win is a lot more important for him than it is for you. Let him bask in the glory.

This is probably the major difference in opinion I have to that of the blog I previously had mentioned. Of course, you should show some compassion, but again, do not make it a priority. If your man is a true football fan he is now devastated. 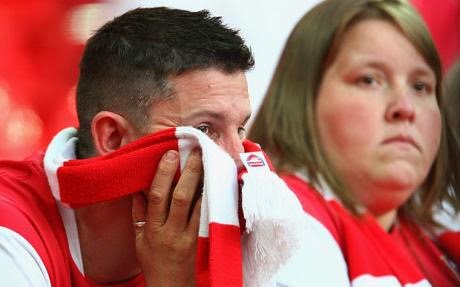 Note: these notes are meant for ladies who know and recognize that they are not too much into football. Follow these suggestions and you should have a great time during this World Cup (until your man’s team loses of course).