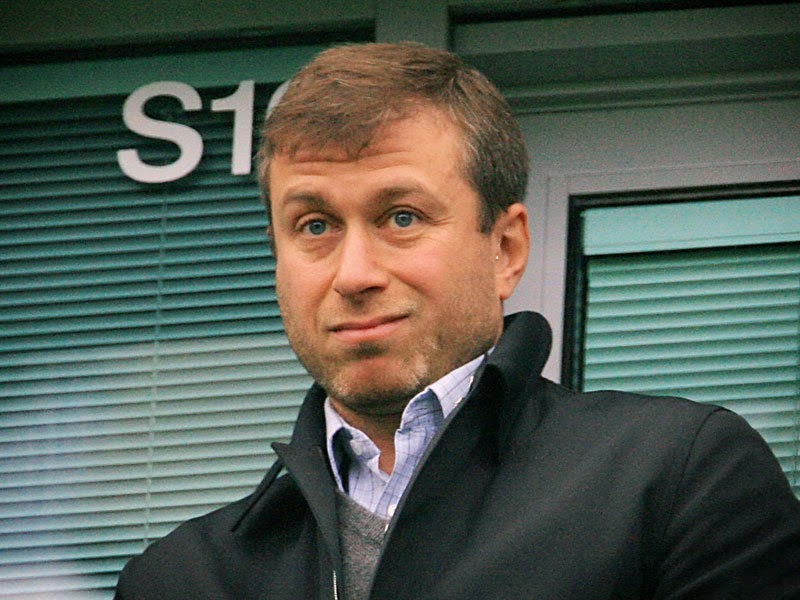 Roman Abramovich, the enigmatic Chelsea owner, is extending his empire in the footballing world and nobody is even batting an eyelash at it.


Reports have surfaced, that the Chelsea FC owner is in the process of acquiring majority shares of Real Mallorca from the Spanish 2nd Division.

He would be acquiring 55% of the club shares from the current vice president Lorenzo Ferrer and president Gabriel Alemany. This would see him extend his footballing empire to another major country in Europe.

He is a Russian businessman and main owner of the private investment company Millhouse LLC. He is obviously better known for being the owner of Chelsea FC of the English premiership. His wealth is estimated at $14.6 billion dollars, which makes him the 5th richest person in Russia and the 50th richest person in the world, according to a 2012 article in Forbes magazine.

He is a very close friend of Vladimir Putin, as he was to the late Boris Yeltsin. Abramovich is actually the one that recommend Putin as the successor to Yeltsin in power and interviewed every cabinet member of Putin's government before they were accepted. His power and influence within Russian government branches is obvious and well know.

In 2003, Roman Abramovich became a household name and all it took was for him to purchase Chelsea FC from former owner Ken Bates. The purchase of Chelsea allowed him to get his feet into a market that he long desired and with his billions behind him it was easy for him to put a competitive product on the field. After all, he is a winner in life and in business, and this venture was not going to be any different.

He changed the EPL and how teams do business, specially when it comes to transfer market time. He is not afraid to spend money and over spend to get what he wants and what he wants is to win everything and be the owner of the biggest and best club in the world.

He wasn't happy to just own Chelsea FC. His desire to expand his football empire has pushed him to other countries and to look at other clubs. In 2004 he turned his attentions towards his home country and more specifically CSKA Moscow. Sibneft, now known as Gazprom Neft, agreed to a three year sponsorship valued at $58 million dollars. UEFA prevents the same person from owning two different clubs that could compete in the same competitions, so the deal between CSKA and Sibneft was managed and conducted by Alexandre Garese, to ensure Abramovich was not implicated in what could be seen as him owning two major clubs in two of the biggest markets.
Behind the scenes it is Abramovich money that is boosting CSKA Moscow, but he is hiding in the shadows, while, lawyer and business partner Garese acts as the head figure.

He has made a move to another big market in Europe, Holland. Truphone, a company partly owned by Roman Abramovich, signed a three year deal with Vitesse of the Dutch Eridivisie. His purchase of a stake in Truphone cost him $70 million pounds, which was his second biggest investment since his purchase of Chelsea FC. By using companies as sponsors of a team, he gains access to the club and control over the direction of the team without being the actual owner on paper. This allows him to avoid UEFA and bypass their laws and regulations. Chelsea has loaned players to Vitesse several times, which has helped them give their players time on the field while helping Vitesse's performances in their domestic league.

As I mentioned earlier he is now directly attempting to own Real Mallorca from the Spanish second division. This deal would be allowed by UEFA because Real Mallorca is not in La Liga, so there are no chances of both his teams playing each other. It is believed that Israeli goalkeeper Dudu Aouate would retire from football and would be the "owner" and Abramovich's partner in this deal.
So it isn't clear if Abramovich will actually take ownership of the club, or he will do it through one of his businesses, putting Dudu in place as the president and owner, just to meet all UEFA regulatory demands.

He has told some of his closest friends that this move for Real Mallorca will not be his last. He is very close of having some stake, control or full ownership of three other clubs. Hapoel in Israel, Corinthians in Brazil and Hibernian in Scotland. It will be a matter of time before we either see him buying out the owners, or in some cases putting together a partnership with the club by providing them with a sponsorship deal that will see him becoming a integral part of the business side of those teams.

I find these deals very disturbing. UEFA should have a much harder set of rules and regulations to ensure one person does not have stake in more than one club playing in the same continent. This creates not only a conflict of interests but it also provides some of these teams with an unfair advantage competing in their domestic leagues. He can use Chelsea FC as a loaner club, providing some of these smaller clubs ways of having better players at no cost. This is what i would consider insider trading, when comparing big businesses to the world of football.

Roman Abramovich is without a doubt spreading his footballing empire, not only inside of Europe but also in South America. We are in the dawn of a new "Roman" empire.