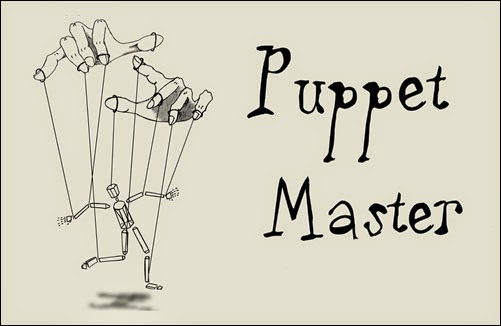 In today's modern football many people position themselves in roles that grants them power. Many see the roles held by executives at FIFA, UEFA and local FA's as predominant in their objective to control the game of football.

In the past, club presidents also held positions of power that allowed them to manipulate situations to their own gain and use their roles to advance their personal agendas in other fields.


All of these "players" have power, that is undeniable, but the real power is not held by executives sitting in their offices in Switzerland, but rather by the player agents. Player agents are the real masters of puppets of the footballing world.

In the last 10 to 15 years, player agents have gain a dominance in the football market, something that wasn't present in the past. Club presidents use to control the transfer market and dictate the rules of engagement, now those rules are set forward by agents who almost control what player goes to what team, and if a squad becomes stronger or weaker based on their relationships with the club presidents.

This web of control can easily be transferred to the national teams. A national team coach could "feel" more inclined to call up players represented by his agent in a way to promote their own player pool and therefore earn higher transfer rates in new possible transfers. You scratch my back and i will scratch yours. To think that such backroom agreements do not happen at club and country is naive.

A well placed agent with good coaches and players as part of his arsenal is an ally that clubs love to have and hate to see others have. If an upcoming player is represented by the same agent, a club president will be more willing to take him, so that future doors for better deals will be offered to him instead of opposing clubs. There are currently clubs and national teams were the agent represents not only the coach but 90% of the players, this should be seen as a conflict of interests and it is not, so the farce continues, and the power of the agents grows.

In this three part series we will look at the 3 more influential FIFA agents currently representing players and coaches. 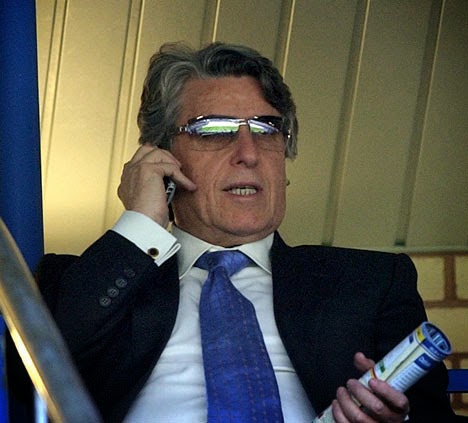 He is what is now considered a super agent, not only he has been responsible for some of the largest transfers in the footballing world he has also been responsible for the transfer of ownership at Chelsea and Portsmouth. This has earned him a lot of attention and even criticism, but he has claimed that he is only a middle man by saying "I just bring people together and i get paid my commission if a deal is struck".

In 2003, Zahavi was instrumental in Roman Abramovich's acquisition of Chelsea FC. He became part of Abramovich's inner circle and would be the key responsible for almost 90% of all transfers Chelsea would do during the next couple of years. He is believed to have earned $5 million pounds from the $111 million pounds that Chelsea spent on transfers that summer. 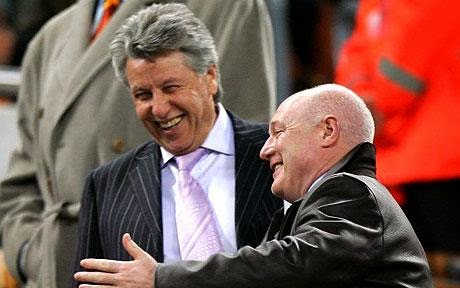 In 2005 he was involved in two "tapping" scandals involving Rio Ferdinand and Ashley Cole. It was claimed that Zahavi was involved in the illegal approach by Chelsea and their coach Jose Mourinho of Ashley Cole, who at the time represented Arsenal. Chelsea, Mourinho & Cole were fined for their involvement but the FA didn't have jurisdiction over Zahavi and passed the case to FIFA. In the end nothing was able to be proved against him and he was able to continue to be a player agent. In the case of Ferdinand, Zahavi and Chelsea were accused of have had illegal meetings with Ferdinand while he was still a United player and supposedly tried to have him not re-sign with United so he could join Chelsea.
The allegations were never confirmed and Zahavi has commented by saying that this story was the joke of the century. 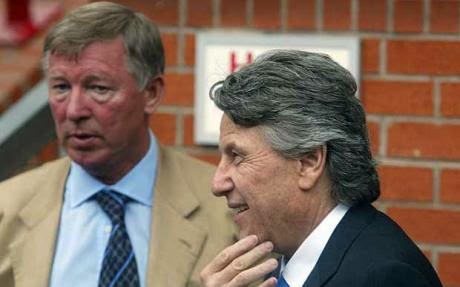 He was involved in the purchase of Portsmouth and several transfers involving the club. The 2 most recognized transfers were Yakubu & Berkovic. He used his connections as an Israeli business man to arrange for the transfers of these two players from Maccabi Haifa to Portsmouth. He also was responsible for bringing Avram Grant to the club and was a major player in the deal that saw Yakubu go to Middlesbrough FC and earned Zahavi what is believed to be the biggest percentage fee earned by an agent at that time.

In 2007, when a report of Lord Steven's investigation into irregular transfer payments was made public, attention and scrutiny was placed on Zahavi and five deals he had been involved with.
The transfers mentioned in the report are the following:

He cooperated with the investigations and nothing was ever uncovered that proved any wrong doing on his part but it was starting to be obvious that most of these deals involved large amounts of money and that his percentages of profit on these deals were not always clear on the contracts and measurable.

He has also been involved in purchasing percentage of player passes in what is now known in the footballing world as investment funds. This is a practice that is not allowed by the Bristish FA but it is used by clubs all over the world. Instead of transfering players from club A to club B, the players are sold to an agent who then owns the rights in any future transfer of that player, controlling even more the transfer market and the amounts and percentages of the deals.

In this world, Pini Zahavi has been a trail blazer, and has set the barometer to what a super agent needs to be.