Mid-Week Rants: The “Once in Two Years” Fanatics 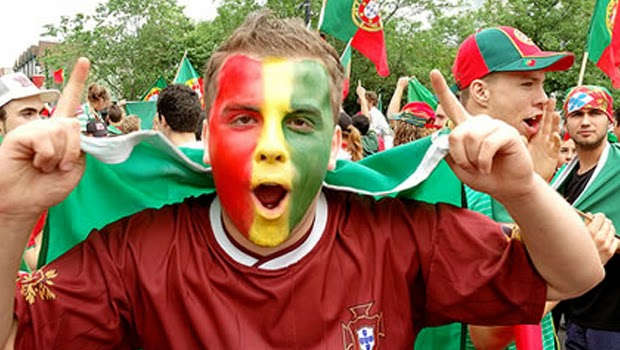 (This Portuguese fan's talent for painting the Guinea flag on his face is impeccable!)


The FIFA World Cup is the biggest sporting tournament in the world, and a great platform for kids to get into football. But while I don’t expect an 8 year-old to recite the participating nations in order of their groups, there’s no excuse for a 40 some year old dude with his face painted green, white and red, screaming “Forza Azzurri” at the TV in his local pub to at least name the starting eleven on his beloved team. Let’s face it, every sporting event (except for curling maybe) brings out a lot of “die-hard supporters” who can’t even tell you where the tournament is being held. Simply put, if you can’t tell me which nations your team had to go through in the qualifying stage, you shouldn’t pretend to be a “hard-core” supporter.

In Mother Russia, Football Plays You… 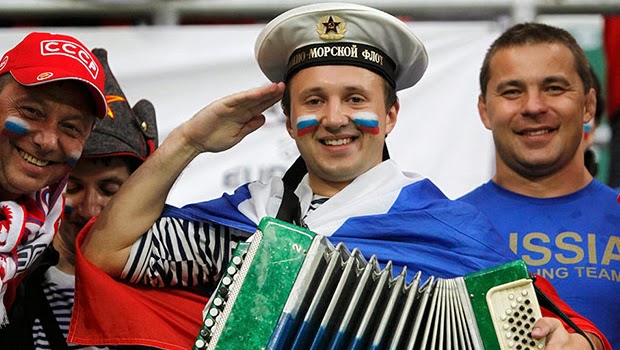 Just the other week, while having a meal at an outdoor patio I was deep in conversation with a friend of mine about the upcoming World Cup in Brazil, when a Russian fellow overheard us and approached us with his own “two-cents”. “How do you feel about Russia winning the World Cup?” he asked me. I went on to tell him that while I like what Capello did with the team, I don’t think they stand a chance of winning the whole tournament. (Side note: when I said “Capello” I’m pretty sure he looked at my plate. I’m almost certain he had no idea who he was, and thought I was talking about my pasta dish) His reaction blew me away; he said: “What are you talking about? Russia already won the whole thing, I think they beat Finland or Norway in the finals. It hit me, the man was simply confusing our conversation about the FIFA World Cup to that about the Hockey World Championships that just ended last month. “Oh you mean the Hockey World Cup, yes it was a good final” I said. “No, soccer, isn't that what you were talking about?” was his reply, at which moment I realized that not only does he have no clue about football at all, he knows nothing about sports altogether. The guy was pretty huge and in a much better shape than me, so instead of punching him right in the chin for ruining my lunch with his stupidity I elected to politely change the conversation to talk about Body Mass Index or small testicles, or something else that he could actually provide educated input about. 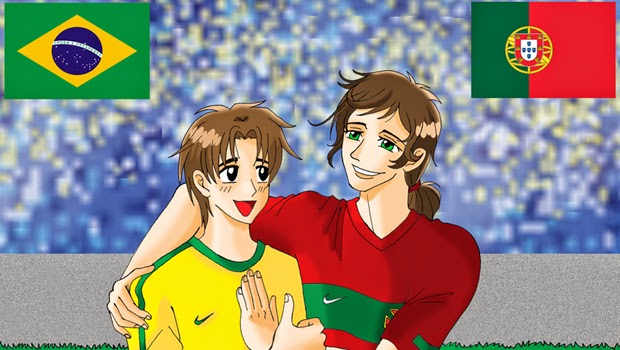 Surely, everyone wants to belong, and even more so, everyone wants to belong to the winner’s side. Some of the “part-time” Portuguese supporters have found a way to double their chances of feeling like winners after the World Cup is done. If there was ever an infomercial that was selling Portuguese flags, it would go something like this: “Don’t miss your chance to buy this spectacular Portugal flag…BUT WAIT, THERE’S MORE…If you buy this flag right now, you’ll get a Brazilian flag for free!” That’s right, I’ve seen this so many times I can’t even remember if some of the people I know personally are Portuguese or Brazilian. As soon as Ronaldo sheds his first tear of elimination, the Portuguese flags come off and the Brazilin ones are flying with ultimate pride. Stop doing that! Just because you speak the same language doesn’t make you the same, and even worse, if you ask a Portuguese person about the differences between the Portuguese and Brazilians you will be stuck in a 4 hour lecture, all leading to the fact that except for the language they have absolutely nothing in common.

I have many Italian friends, all of whom I consider very nice people (this part is the one that hopefully helps me get away from being stabbed by a Pauly D lookalike). During major football tournaments however, some of the Italian fans are just absolutely the most unbearable. Sure they’ve got lots to brag about with the 4 world titles, of course Italy is almost always being talked about as one of the favorites to win the whole thing, but some of the arrogance is just unreal and the excuses are great. It’s also very noticeable that the less an Italian fan knows about the game of football, the more annoyingly proud they are during the World Cup and Euros. Here are some great bits I’ve heard from the Azzurri “faithful” over the years, most of whom had Italian football merchandise on, about 18 Italy flags on their car and just had their hair spray-painted in the Italian flag colors: (every single one is 100% true)


Let’s face it, we all know what kind of fan we are, so if you watch football just once or twice every 4 years, don’t shamelessly plug yourself into a heated debate about the beautiful game. At least open the paper once in a while and see what’s going on with your team, or any other team for that matter.