Any Given Sunday - Weekly Rumblings of an Unprovoked Mind

Sunday and Football always went hand in hand, like strippers and chicken wings or drugs and rock & roll.

As far back as i can remember, i used to sit around the TV on Sunday afternoons with my father, waiting for the game to start. He would wear his earplugs listening to the game being called on the radio while watching it at the same time on TV. I always thought that was strange but i never questioned it, he was so focused on the match that i didn't want to interrupt him over something that to me just didn't make too much sense.
That wasn't the only thing that didn't make sense to me at that time, but i never got the balls to bring it up to him, but hey, that is what the internet is for, to talk out loud about the things we don't really understand. That and porn.

I believe that i was a ahead of my time. I grew up in an era that saw football players wearing shorts so tight that John Stockton would be proud off. I for one was completely against speedos at the beach and short shorts on the football fields. It wasn't the fact that i had a huge cock or insanely large balls, that wasn't it. It was just the fear of sliding for a ball and have my holy trinity decapitated by the tight seams of the shorts.
How painful, both physically and emotionally to have your magic stick rugged burn and stuck out of your shorts, while you get back up in front of your friends? I don't know about you but the thought of that scene is enough to give me the chills.

When i played shorts i always made sure they were as baggy and long as i could. At that time the stores didn't really sell long shorts or baggy ones for that matter, so my shorts were home made by my mom. She would buy fabric and make me baggy shorts. I couldn't care less that i looked like a Hawaiian lesbian, all i cared was that my boys were safe from sliding out and expose themselves to UV rays. 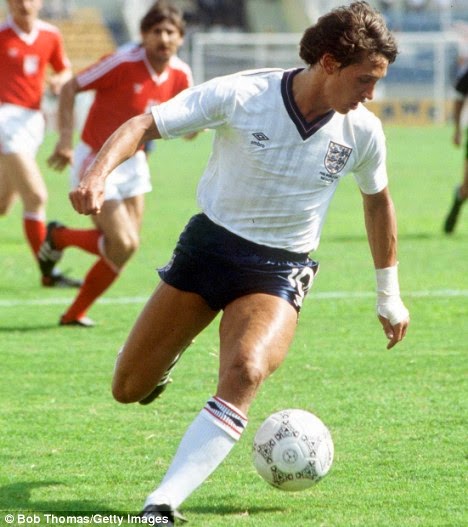 Look at those shorts, if he farts during warm up he will rip them in two. 1986 was the first World Cup that i remember watching and i remember wondering how in God's green earth were these guys able to run with shorts like that? It wasn't like only one or two guys had them, every team was rocking those retro nut-huggers. I think the woman of the time enjoyed that sort of stuff, it was like chest hair and bad after shave, the 80's were weird times for fashion and sex appeal, and i guess that was also reflected on the football fields.

Maybe it is a coincidence, but as the mustaches and mullets started to disappear from the football fields so did the nut-huggers. As a kid fighting the good fight against tight shorts i was happy to see them go away. It didn't happen over night but as we rolled into the mid 90's the shorts started to get a bit looser. Shaft could finally wear his favorite Caniggia kit without having his law giver sticking out of his shorts. I don't think it is a coincidence that around that time is when some of the best African players started to make their way into the biggest European clubs. I just saying.....take it for what it is.

As a fat kid growing up in the 80's clothing choices was not my only concern when it came to playing football with my friends, my other mortal enemy was the offside rule. What a stupid rule, i am almost sure that it was invented by a fast skinny guy that wanted to show off to the girls in the stands. If you want to show how fast you are join the track and field team, leave my game alone.
In a game that sometimes can be played for 120 minutes without a single goal being scored why create the offside rule? People love goals, kids love goals, i love goals, and the offside rule not only was preventing my favorite players from scoring it was preventing me from scoring, on and off the field.

I couldn't run past the defender, my only option was to sneak passed him hope he would forget about me and get a lucky bounce and put it away, but then there was the flag going up. Damn you and your stupid flag, it was such a nice goal, it isn't my fault that he lost track of me and i was all alone in front of the keeper. 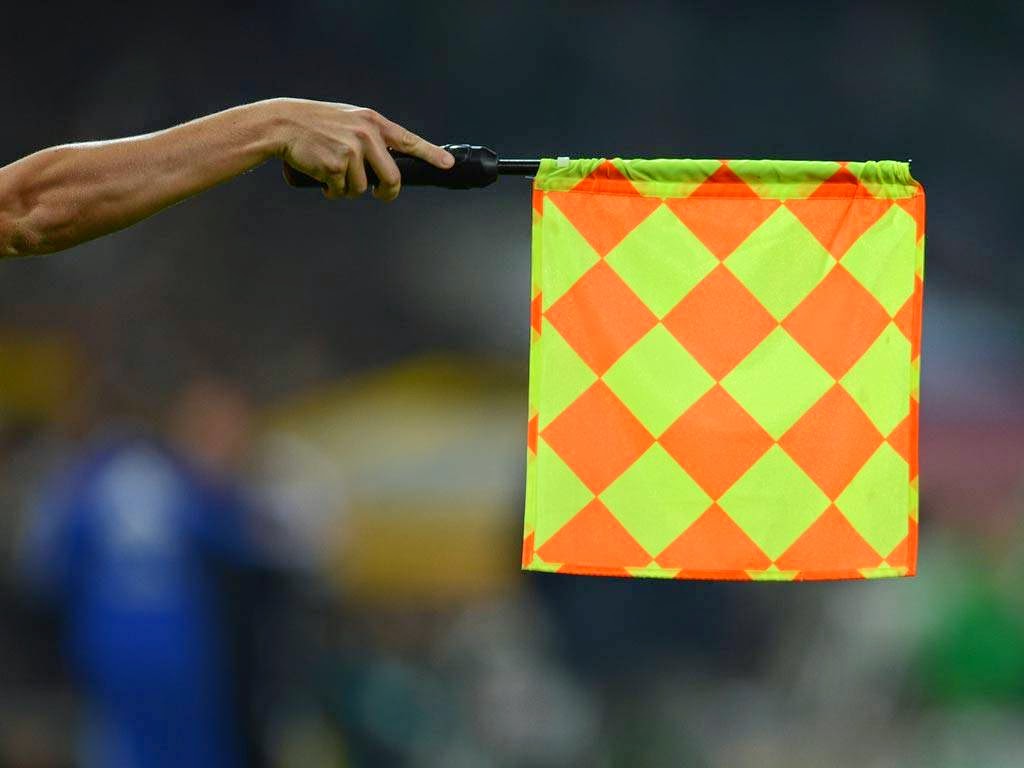 Basketball doesn't have off-sides and look at how many points they score in a game, just imagine soccer without off-sides. It would be insane and way more offensive minded. As a kid i tried to understand  the reasons that would lead to the addition of a linesman and this rule, but i couldn't figure it out. Why? Was there a game one day at a birthday party, where 2 extra kids showed up and nobody knew what to do with them so they gave them a flag and told them to lift it up when the striker was alone in front of net?

I just couldn't wrap my mind around that concept of the game. I understood it but i didn't accept it. It ruined my chances of playing football and enjoying a sport that all my friends played. Nobody wanted to play Basketball, white people can't jump, and i was a fat white kid, so not only i couldn't jump i couldn't run. Thank God for the birth of the personal computer and video games.
SHARE SHARE SHARE