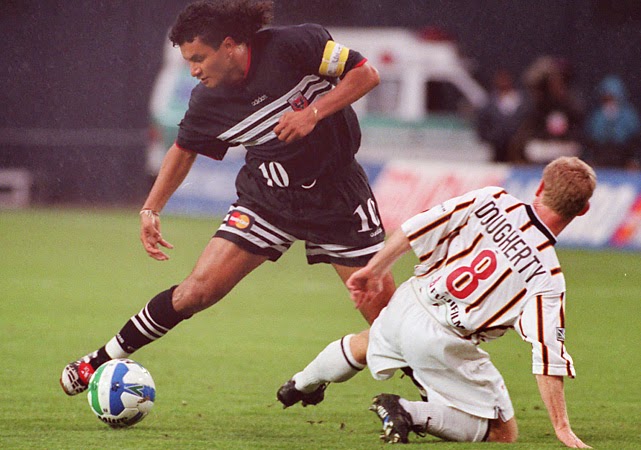 This is part 2 of the 50 Famous Internationals in MLS History. This time we look at 11 players, in alphabetical order from E through J. 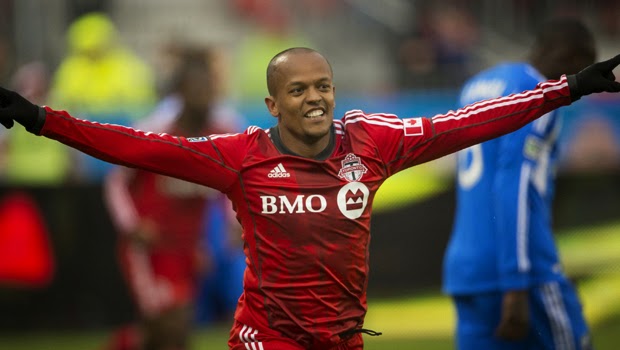 At 32 years of age in 2013, Earnshaw was a good signing for Toronto FC, a club that was lacking finishing power up-front before his arrival. Arriving from Cardiff City, he scored his first two goals for the club in his second appearance and became a fan favorite right from the start. His stint in Toronto and the MLS would only last one year however, as the Welsh striker was no longer needed with the imminent arrival of English striker Jermaine Defoe the following season. 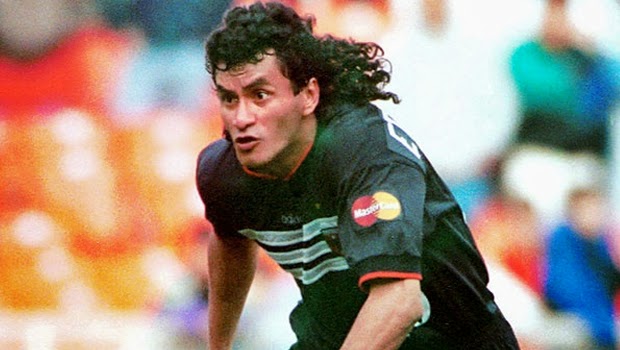 Nicknamed El Diablo (The Devil) probably for his devilishly good looks, Etcheverry was key to both DC United's and Major League Soccer's success. Joining the Washington club in MLS's inaugural season in 1996 at the prime age of 26, El Diablo spent 8 years with the club helping them to 3 MLS Cup titles and a CONCACAF Champions League win in his 190 fixtures with the MLS outfit. Before joining United, Etcheverry spent time playing in Colombia, Ecuador, Chile, Spain and his native Bolivia. 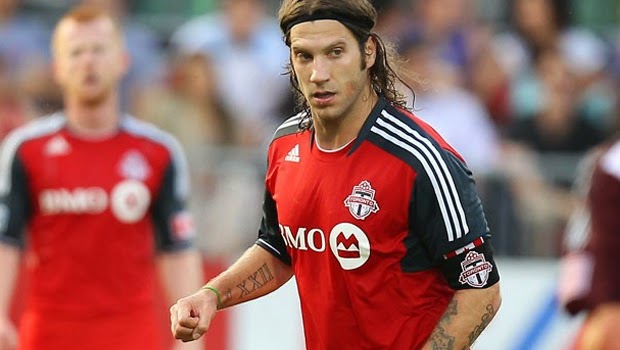 The Werder Bremen star midfielder signed for Toronto FC in 2011. His precense on the pitch was something the Toronto fans had not seen previously at their club. The German international quickly became captain and was seen as the true leader Toronto needed. With a mediocre team around him and the requirement to fill in the center-back position on some occasions however, Frings was unable to produce a first playoffs appearance for his Canadian club and retired from professional football after two season with "The Reds". 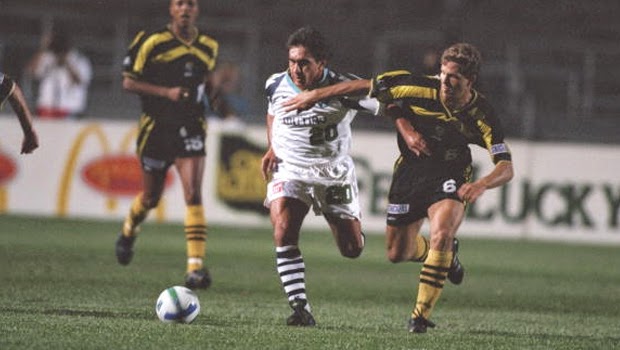 The former AC Milan and Juventus striker joined Major League Soccer at the age of 32 and continued to play in the North American league for 2 years. While in the MLS the Italian striker managed to score 12 goals in 48 matches and retired from football as a part of the New England Revolution squad in 1997. Galderisi went into managing after retiring from play, although none of the 12 clubs he managed were in North America. 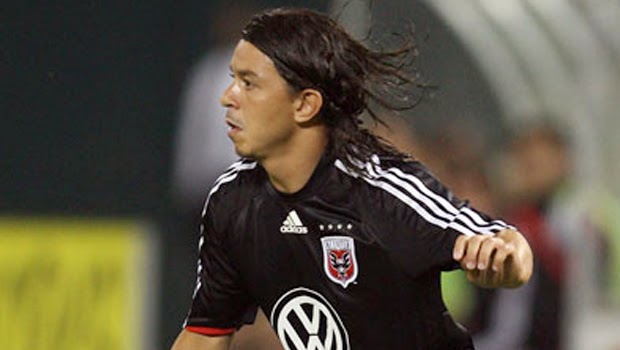 Signing from Paris Saint-German in 2008, there was a lot of pressure on the 32 year old Argentine to perform well as DC United's first ever "Designated Player". Things didn't quite turn out as planned with Gallardo playing in just 15 matches for United before returning to his Argentine club River Plate for the third time. 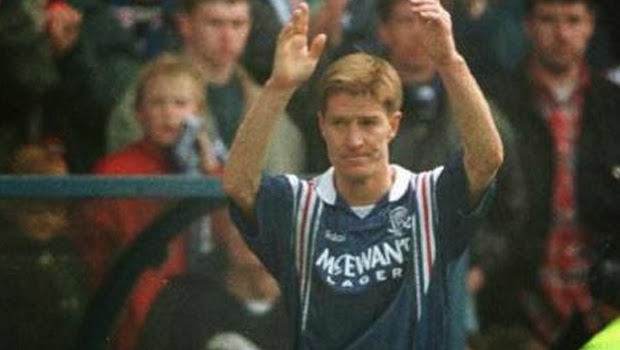 The Scottish international defender joined the Wizards at the age of 35 from Glasgow Rangers, with whom he was just 6 matches short of his 300th cap. After 17 matches with the American outfit however, the Rangers were short in players due to many injuries and Gough rejoined his Scottish club to run-up his cap tally to an impressive 428 fixtures. He came back to the MLS a year later and joined the San Jose Clash, playing in 19 matches with the California club. Gough retired from professional football at 39, as a member of Everton. 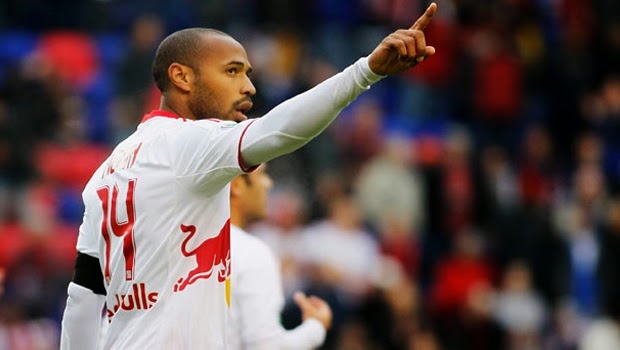 Winner of World Cup 1998 with national side France, twice La Liga champion with Barcelona and Arsenal Legend with two EPL titles to his name Thierry Henry made his way across the ocean to Join the New York based MLS club in 2010 at the age of 33. Henry who still plays with the same club is a prolific goal-scorer with 44 balls in the back of the net to his name in his 104 matches with the Red Bulls so far. 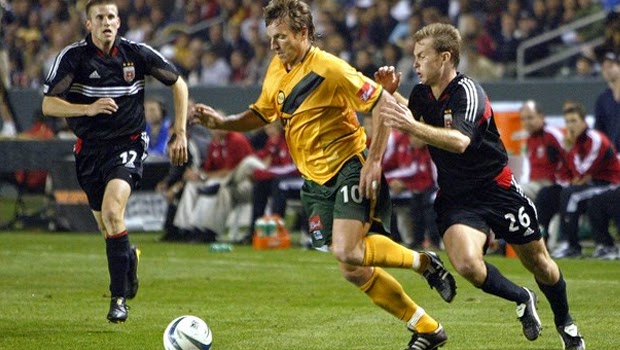 The former Rapid Wien and Werder Bremen star midfielder came over to the LA Galaxy at the age of 36 where he planned to play out the last years of his professional football career. When Galaxy coach Sigi Schmid left the club half way through the year, Herzog's playing time suffered and after playing just 27 matches with the MLS club, Herzog ended his professional career. Currently, Herzog is an assistant  to Jürgen Klinsmann with the US men's national team. 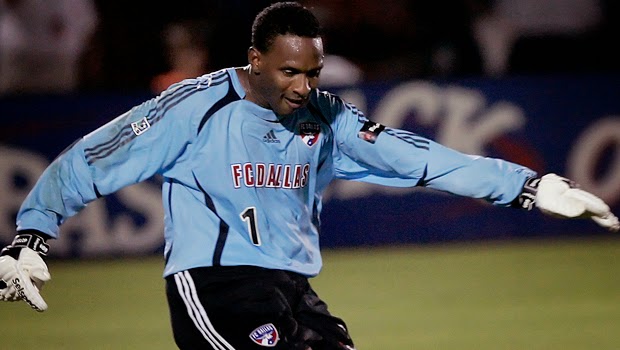 The England-born Trinidad and Tobago international goalkeeper came over to Texas after a successful career with Newcastle united, Reading, Portsmouth and West Ham (two separate stints). With national side T&T, Hislop started in net in the countries first ever World Cup appearance in the 2006 edition of the tournament in Germany. Ironically, Hislop's national team were drawn against England in the group stages (Hislop was once called-up to the England U21 team). But let's get back to Shaka's MLS career (if we can call it that); Hislop's time in Major League Soccer was extremely disapointing as the goalkeeper was injured almost all the time. His only 8 appearances for the club came when Argentine goalkeeper and teammate Dario Sala was unable to play because of his own traumas. Hislop retired from professional football in 2007. 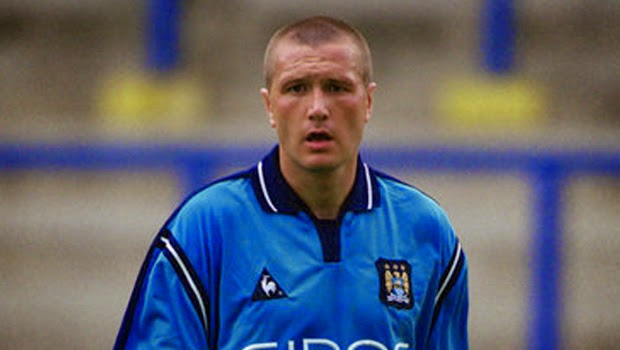 With only 4 caps for the English national team, and probably no more than 10 people who even remember that Howey once was a part of the MLS, you may ask why Steve Howey even makes this list. Well, there are two very simple explanations for this: 1) I am a Newcastle United supporter and that's where Howey had his most succesful run as a professional footballer, and 2) A list with 49 names instead of 50 is just odd! With that said I present to you Steve Howey who joined the New England Revolution in 2004 at the age of 33. He played 3 matches for the MLS club before going back to England and retiring from professional football after one match with Hartlepool United Football Club...yep...that's all. 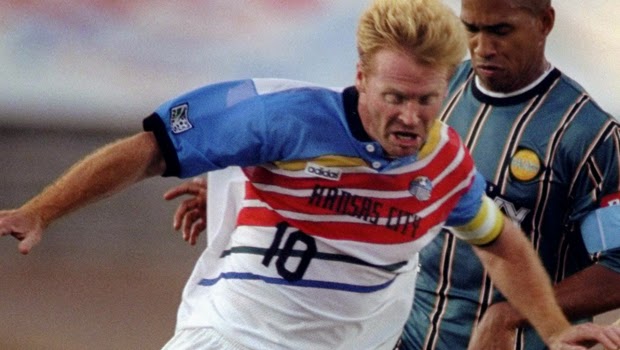 Don't be surprised to find Johnston in a "Top 10 Traitors" (or similar) list on a Sunday afternoon when you flip your telly to The History Channel. As one of the high-profile Catholics to first play for Glasgow-based Celtic in his native Scotland, to then switching sides to Glasgow Rangers, Johnston most likely found the creation of Major League Soccer as a perfect way to escape the hatred that followed him around the UK after his stupid ignorance of playing on both ends of a bitter rivalry. In the MLS, Johnston enjoyed a successful spell with the Wizards, playing 5 years for the club from Kansas City while winning the MLS Cup once. Johnston retired from professional football in 2001. In 2005 Johnston took over the New York/New Jersey MetroStars as club manager and later coached Toronto FC for two seasons. His coaching career has been less than spectacular, and for his failure as club coach Johnston was promoted to the Director of Football role (makes sense of course). "Trader Mo", as he was called by the TFC faithful due to his love-affair with trading many players in a short period of time was let go of his duties in 2010.