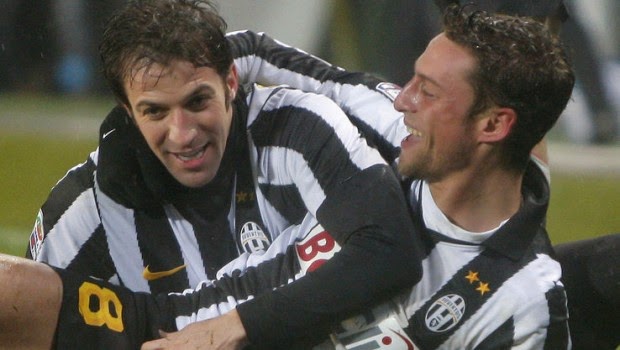 The first leg in Madrid provided the hosts with a sense of security, as the scoreboard read 2-1 in favor of Real after the final whistle. Ronaldo (the Brazilian of course) opened the scoring in the 23rd minute for Real after a beautiful combination. A lucky bounce in Real's penalty box however, landed favorably at the feet of David Trezeguet and he did not make a mistake, side-footing it past the (then) 22 year old Iker Casillas just before the half-time whistle. In the second half Real Madrid turned up the pressure with various scoring chances that were either saved by Juventus' Buffon, or missed by the Real players. In the 73rd minute however, a beautiful, almost typical left-footed half volley by Roberto Carlos from just outside the box saw the home side go up to 2-1, a score that would be the final for this first leg meeting.

The second leg at the Stadio Delle Alpi in Turin was the match that made this Champions League semi-final one of the most memorable in the competition.

David Trezeguet, who scored the lone away goal for Juventus in Madrid eight days earlier, pounced on a chance early in the first half and gave the hosts not just the lead but also the aggregate advantage in the 12th minute. The stadium in Turin was electric, but there was still a lot of time left on the clock. Just before half-time however, Alessandro Del Piero put the hosts up by two goals (3-2 on aggr.) with some spectacular footwork inside the box and a strike that left Iker Casillas absolutely helpless. The score at halftime remained 2-0 and Juventus headed for the break full of confidence. It was do-or-die for Real Madrid in the second half and in the 66th minute the stadium went silent as Real was awarded a penalty. Luis Figo stepped up to the spot for a penalty that was supposed to tie the game and the aggregate score, Buffon however, had different plans. The Italian national keeper guessed correctly and stopped Figo's shot without giving up a meaningful rebound. Just six minuted after the missed penalty, a Juventus counter attack created a chance for Pavel Nedved and the Czech did not disappoint, slotting a half-volley past Casillas; Juve had one foot in the Champions League Finals. 1 minute from full-time Zinadine Zidane gave the away outfit hope with an away goal, but a first ever all-Italian final was in the cards as Juventus enjoyed this come from behind to book their place in the finals, where rivals AC Milan have qualified over their own arch-rivals Inter the night before. This second leg victory for Juventus is referred to by many Juve supporters as La Partita Perfetta (The Perfect Match).

P.S. Just in case you haven't seen any of these matches, Juventus ended up losing in the Finals to AC Milan 3-2 on penalties, after the match ended in a 0-0 draw. The match was one of the least entertaining Champions League Finals in the history of the competition.